A selection of pins from the University of Connecticut’s Pins and Buttons collection. Click through to see more
via JSTOR
By: Christen Carter
8 minutes
Share Tweet Email Print

Although wearable insignia can be traced back at least to ancient Egypt, pin-back buttons weren’t patented until 1896. The direct lineage dates to George Washington’s inauguration in 1789. The coat he wore to the event purportedly had custom engraved buttons (the type used to fasten clothing) with an eagle motif. Because it was such an exciting moment, the story goes, metal smiths created similar buttons as souvenirs to commemorate the occasion.

In the years between 1789 and 1896—the year the pin-back button was patented—other types of wearable items were created to support a candidate or cause. Medalets were small, stamped or cast metals depicting various candidates. Early photographs such as ferrotypes and daguerreotypes also filled a similar function; they could be affixed to brass backs and worn to support a candidate, some with pins and some with a simple hole to sew on.

The final patent that gives us the prototype of today’s pin-back button dates from July 21, 1896 and was issued to Whitehead and Hoag, a New Jersey maker of decorative ribbons and ribbon badges, but two relevant patents preceded this. According to a history of W&H by on TedHake.com:

A December 3, 1893 patent was filed by Amanda M. Lougee of Boston, Massachusetts.  W&H apparently purchased rights to this patent to protect their other claims, although actually the patent was for a cloth and metal clothing button.  The second patent, filed December 6, 1895, established the reverse design of [celluloid-covered pin-back buttons]. Issued as a “jewelry” patent to George B. Adams [a Newark jewelry manufacturer who patented forty-nine different novelty articles], it specified “a shell with a marginal rim to form a chamber and contain a continuous piece of wire with both a holding portion and a free end lying in the same plane.” The third patent was filed March 23, 1896, and issued July 21, 1896, again to Adams.

Although W&H was making pin-back buttons prior to July 21, 1896 (the earliest dated button we know of is for an Indiana State Medical Society annual meeting May 28–29, 1896, in Fort Wayne, Indiana), we view this date of the patent award as the pin-back button’s symbolic birthday.

From dog catcher to the highest office in the land, buttons allow a type of word of mouth that facilitates conversation in a grassroots way.

Buttons immediately became an inexpensive and novel form of advertising. The earliest major use of pin-back buttons was in the world of politics, as a convenient way to declare support for a chosen candidate.  The presidential campaigns of William McKinley and his opponent, William Jennings Bryan, quickly embraced the button, with allegedly over two thousand unique designs produced between the June and July nominating conventions and Election Day in November. Even 125 years later they are a staple of anyone running for office. From dog catcher to the highest office in the land, buttons allow a type of word of mouth that facilitates conversation in a grassroots way.

Buttons also caught on fast with product advertisers. At that time, people had little exposure to printed imagery, and it was a novelty to own a printed item. That same year, the makers of the High Admiral cigarette declared that pin-back buttons were “the greatest fad of all.” Immediately, buttons were made for advertising, supporting causes, and celebrating people and places.

Buttons represent a material view of history, reflecting the issues that people cared about, events they went to, people they celebrated, and products they believed in.  Early advertising buttons (1896-1909) promoted a wide array of products like seed spreaders, cameras, bicycles, chewing gum, tobacco, and soap.  In the arts and entertainment world, you can find buttons that promote street fairs, vaudeville acts, and traveling oddities, like Beautiful Jim Key, a horse who could count, spell, and use a cash register. He was one of the most popular acts from the turn of the 20th century and gave the animal rights movement traction.

Social media is today’s most popular platform for self-expression, but the button preceded it as a way to tell others what was on your mind and as a tool to help spread an idea. No other form of wearable expression—except perhaps the T-shirt—has replaced the humble button, and unlike social media, a button is something that you can literally stand behind. Buttons are uniquely representative of their time, celebrating everything from Rube Goldberg’s early cartoons to women’s suffrage and from FDR’s US Senate campaign to the Teenage Mutant Ninja Turtles.

The University of Connecticut Pins and Button Collection showcases many progressive causes from the 1960s-1980s. Buttons were created for nearly every event advocating for civil rights. They helped people express their dissent of nuclear weaponry and the Vietnam War. They help people find community and push for equality as you see with the LGBT and women’s rights designs. They spread awareness of issues of their day—the  pollution and zero population growth buttons are good examples from this collection.

Many of the buttons in this collection are manufactured by the Connecticut-based company, Donnelly/Colt. Started in 1975, Donnelly/Colt is a small, family-owned mail-order business with the mission to raise consciousness and fundraise. They mostly sold items which they designed themselves, but they also took custom orders from various progressive groups and are still in business today. Here’s a sample of some of our favorites.

One of the older buttons in the collection is from approximately 1920. The Industrial Workers of the World were a labor union started in 1905 in Chicago, IL. In the midst of the Second Industrial Revolution, a group of workers inspired by socialism and anarchism, the IWW supported a general union of wage workers, not one broken down by trade so that anyone could join. The group had lofty goals of a revolution and subverting capitalism and were viewed as more militant than other unions, like the American Federation of Labor or the AFL. They had many successes like winning an 8-hour workday for many workers across the country. Eventually, the differing factions within the organization lead to a decline in membership.

A few common themes in this collection are symbols like the solidarity fist, peace sign, and female symbol. The solidarity fist was adopted in 1917 by the Industrial Workers of the World union from Spain and Mexico where it represented people’s rights groups. In the 1960s, it became popular with Students for a Democratic Society and the Black Panthers and many groups fighting for equality. The symbol became widely known when Tommie Smith and John Carlos won gold and bronze in the 200m race in the 1968 Olympics, and famously stood on the podium with the Black Power raised fists during the US Anthem.

What became the iconic “peace symbol” was originally created for nuclear disarmament. Designed in 1958 by Gerald Holtom, the peace symbol was inspired by semaphore flag signals—the design is an “N” and a “D” superimposed over each other. Immediately after WWII, the Cold War began. There was a real fear of nuclear war with animosity between the Soviet Union on one side, and the US and Britain on the other. With the onset of the Vietnam War, the symbol became widespread in the US and is still incredibly ubiquitous today.

The female gender symbol, also known as the “Venus” symbol is believed to be from Ancient Greece and came back into use as a way of distinguishing female biology in plants in the 1700s. In the 1960s, it became a unifying symbol for the Women’s Liberation Movement. The movement sought equal rights and opportunities for women, which at the time weren’t protected under the law in the workplace or school. The feminist button depicting a clenched fist inside the biological female symbol was produced by Robin Morgan for the second Miss America Pageant demonstration that was held in Atlantic City in 1968. Women gathered to protest what they deemed “the sexist, racist Pageant.”

The early 20th century Liberty Loan was an effort made possible by the sale of liberty bonds, war bonds that were sold in the United States to support the allied cause in WWI. According to Investopedia, “War bonds are debt securities issued by a government to finance military operations and other expenses of war.” There were four issues of Liberty Bonds, two of which were in 1917. The First Liberty Loan Act authorized issue of $5 billion in bonds at 3.5%, but only raised $2 billion with around 4 million people. Consequently, there was a Second Liberty Loan Act, offering $7.5 billion in bonds at 4%, only totaling $3.8 billion with 9.4 million people purchasing bonds. Through the selling of Liberty Bonds, the government was able to raise $21 billion for the war. Everyone from Wall Street bankers to Boy Scouts campaigned to sell bonds. Rallies were held featuring Hollywood stars such as Douglas Fairbanks, Mary Pickford, and Charlie Chaplin. Purchasing bonds was seen as a display of support for the war, and purchasers were given buttons to wear to display to advertise their patriotism. It is estimated that 20 million individuals purchased liberty bonds.

Bella Abzug, nicknamed “Battling Bella”, was an outspoken and raucous lawyer who was elected to Congress in 1970 representing a district in New York City. Her campaign slogan was “This woman’s place is in the House—the House of Representatives.” Abzug was known for her colorful hats, and was rarely seen without one as depicted in this campaign button. In 1971, she founded the National Women’s Political Caucus with Shirley Chisholm and Gloria Steinem among others, where they trained women interested in seeking political office. 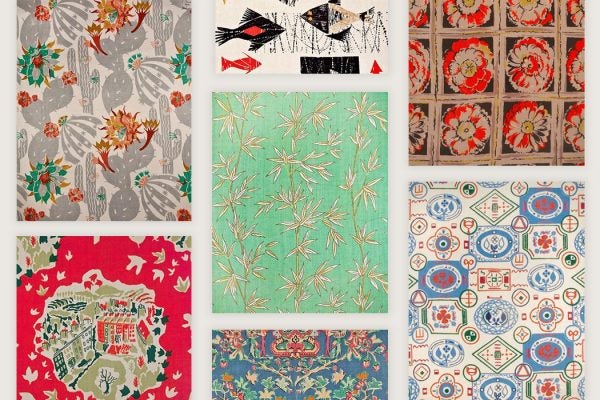