Bella Abzug Began Her Career as an Anti-Racist Lawyer

As an outspoken lawyer, the future congresswoman defended a Black man accused of raping a white woman. 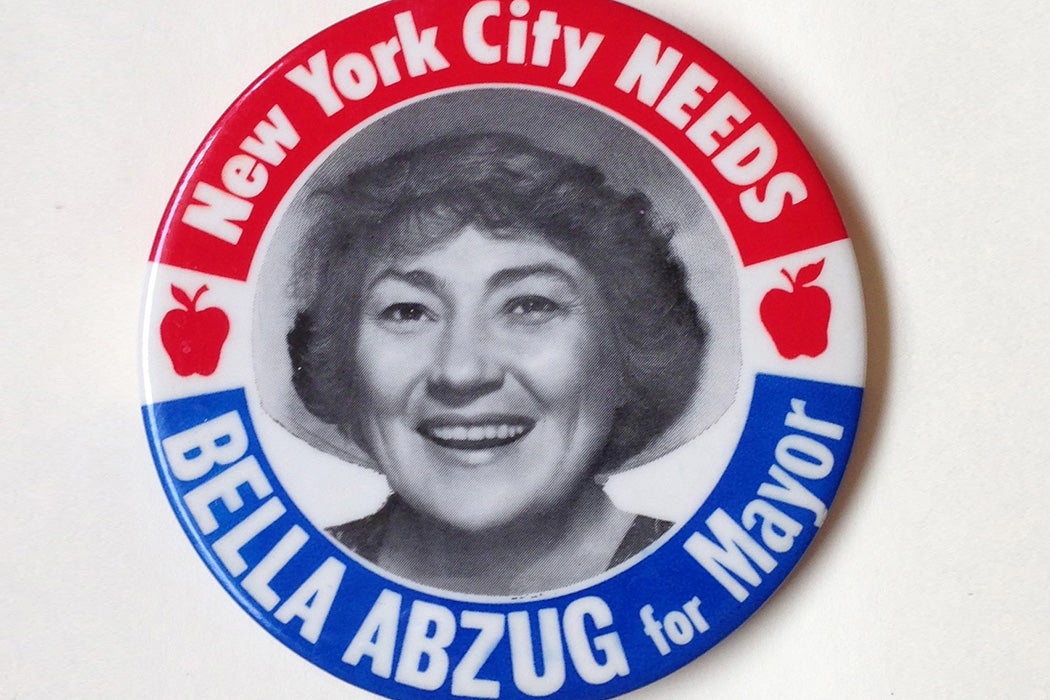 July 24 marks the 100th anniversary of the birth of Bella Abzug. As Kathy Rodgers of the National Organization for Women wrote after Abzug’s death in 1998, she is probably best remembered as a feminist congresswoman. During her time in office, from 1971 to 1976, she pushed against gender discrimination and for abortion rights, housing, child care, and peace.

From her childhood, Rodgers writes, Abzug broke down gender lines, playing marbles in the street with boys and saying Kaddish for her father, defying the tradition that barred women from that role.

Abzug’s feminism was what Kimberlé Crenshaw might call intersectional.

As historian Leandra Zarnow argues, Abzug’s feminism was what Kimberlé Crenshaw might call “intersectional,” a term Crenshaw coined in 1989. Inspired by her family’s Jewish values and her membership in leftist Popular Front organizations, Abzug focused her legal career on labor and civil rights issues.

Prior to Abzug’s hiring, McGee had already been convicted twice. Abzug traveled to Mississippi and assembled a new team of lawyers, but with no more luck. Despite McGee’s testimony that police had coerced his confession, another jury convicted him.

In 1951, Abzug and the CRC got another chance to appeal. Working with progressive Florida lawyer John Coe, Abzug introduced new lines of defense that others had seen as too explosive. They pointed out that Mississippi had historically applied the death penalty in rape cases only to Black men. And they argued that McGee and Hawkins had been engaged in a consensual affair.

McGee and his wife, Rosalee, put forward this second narrative. They said that the affair began while McGee was working for Hawkins and her husband, Troy, as a handyman and gardener. When Troy Hawkins discovered the relationship, the McGees argued, Wiletta Hawkins accused McGee of rape in an effort to maintain her own status in the community.

“Abzug brought this sexual element into the legal record during the appeals process,” Zarnow writes. “She underscored that rape law was misused in the South to police racial, sexual, and gender boundaries rather than to protect women.”

This was an argument that reformers like Ida B. Wells-Barnett had been making since the nineteenth century, but Abzug brought it into the legal arena.

Predictably, Abzug’s work made her a target. She faced shouting mobs outside the courthouse. When she arrived in Jackson in 1951 for a court appearance, eight months pregnant, every hotel in town refused her a room. She took refuge at a bus station and realized someone was watching her when she was paged. She spent the night sitting in a stall in the women’s restroom. The next day, she argued McGee’s case to a judge.

Abzug miscarried her pregnancy, an event she blamed on the stress of the night in the bus station. And, on May 8, 1951, the state executed Willie McGee. But Abzug’s experience fighting against white supremacy undoubtedly affected her outlook. She became one of the most notable leaders of the twentieth-century women’s movement.