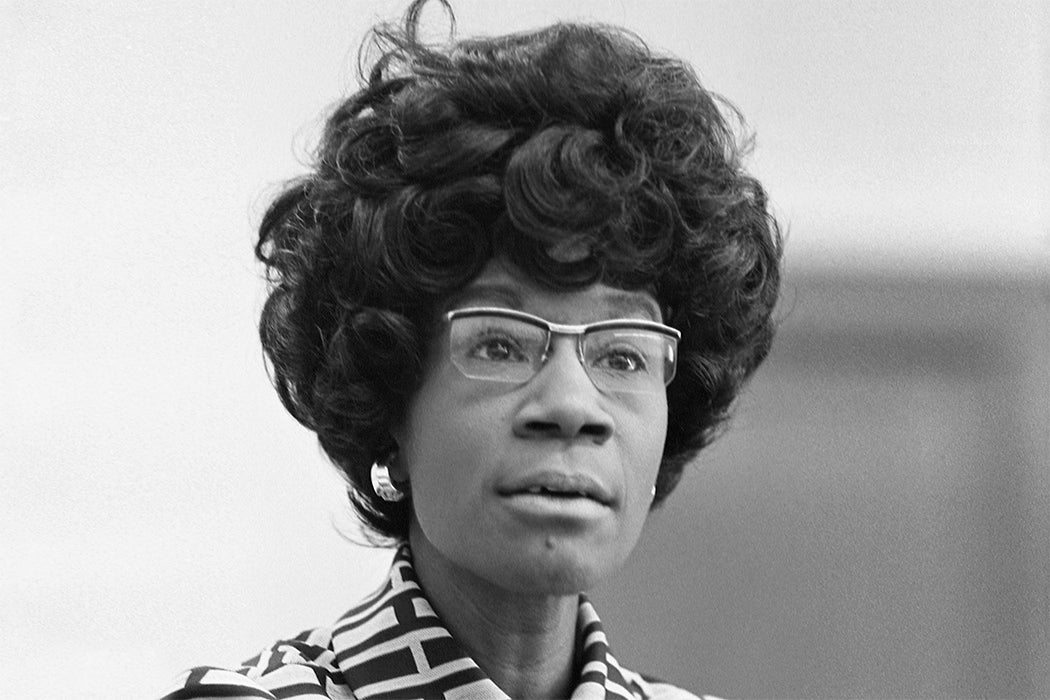 Shirley Chisholm (1924–2005), the daughter of Caribbean immigrants to the United States, planted the seeds for her historic career in politics as an educator in Brooklyn, New York, in the 1950s. After years of bridging the community and the Democratic Party with her energetic organizing, she was elected to the New York State Assembly in 1964—then the U.S. Congress in 1968, where she was the first Black woman ever to serve in that body. In 1972, with the slogan “Unbought and Unbossed” (also the title of her autobiography), she ran for president on the Democratic Party ticket; that candidacy made history too, as Chisholm was the first Black major-party presidential candidate and the first woman to run on the Democratic ticket.

Chisholm didn’t just inspire Black and women voters, she also helped push feminists of all backgrounds to examine intersectionality and privilege as these concepts were taking shape in the 1970s.

So you know, when some of my white sisters complain about the fact, “Oh! My goodness, I can’t be myself. I can’t express myself. I don’t want to find myself living in the house with all these appliances. I have to go out, and find myself,” many minority women wish that they could find themselves in that position…. I think sometimes it is very difficult for white women to understand this.

But Chisholm also believed in the possibilities for change within democratic institutions.

I happen to believe that institutions basically are not contradictory to many, many human rights. It’s the men and women who live within these institutions or carry out the laws, or implement the laws[.]

Read mae dell’s full interview with Shirley Chisholm at the link below.