The Child Development Group of Mississippi created jobs and fostered the political inclusion of poor African American and white communities in the South. 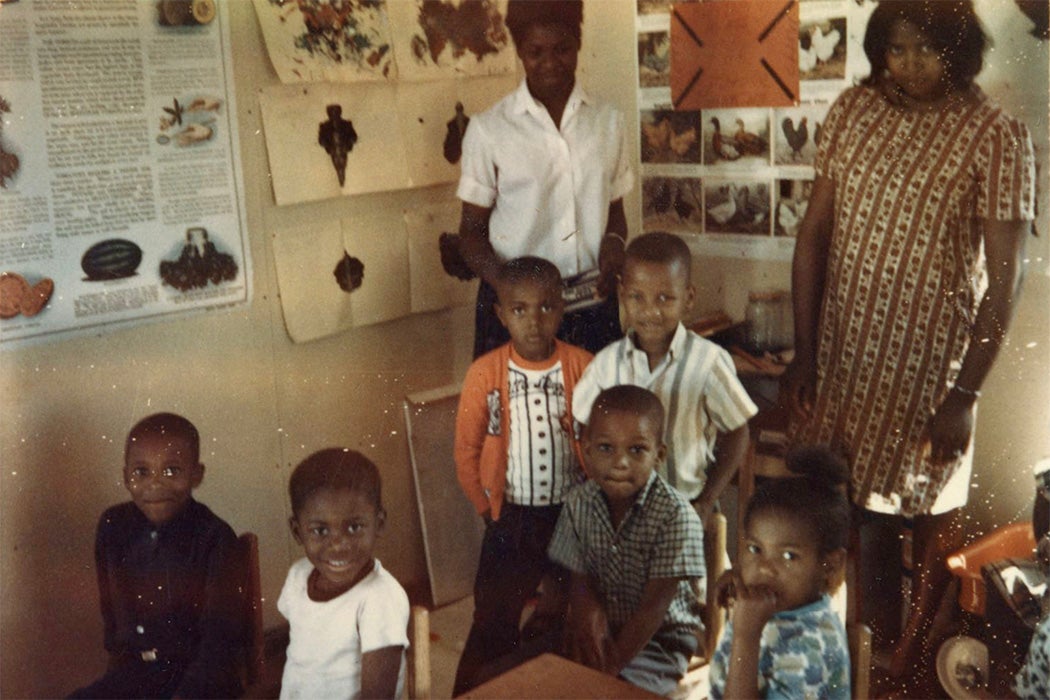 It’s back-to-school time. And that’s not just important for students. Schools provide local jobs and bring communities together around shared values. As historian Crystal R. Sanders writes, that’s part of what made the first big Head Start preschool program in Mississippi a radical experiment in Black empowerment back in 1965.

Sanders writes that the Child Development Group of Mississippi (CDGM), which ultimately ran more than 120 Head Start centers, came out of a collaboration between the federal officials administering the War on Poverty programs and Mississippi community leaders, many of them veterans of the Civil Rights movement. Its Head Start centers prioritized hiring people with activist backgrounds who could encourage parents and students to engage with the larger forces shaping their world.

Under the War on Poverty principle of “maximum feasible participation” by the people a program served, parents who joined local CDGM committees helped decide how to use federal money and shaped curricula. As CDGM employee and activist Unita Blackwell explained, “people learned coming off of plantations that they could make some decisions… They argued—like they do in Washington—on committees and these kinds of things.”

Building on the work done through the Mississippi freedom schools in 1964, the Head Start programs often included lessons on African American history and encouraged students to challenge power structures that affected their lives. Children sang anti-segregation songs and gained confidence expressing themselves without being criticized for speaking “non-standard” English.

Sanders explains that, simply by hiring working-class Black Mississippians, the Head Start centers helped disrupt the economic and political power of the state’s white ownership class. When Black people tried to vote or called for desegregated schools, their employers, landlords, and creditors could often punish them. But CDGM, with its federal funding, offered an economic alternative. For example, when the Lewis family of Leake County enrolled their daughter in a previously all-white school in 1964, the sawmill that employed her father fired him. But the girl’s mother, Minnie Lewis, was able to keep the family solvent thanks to her job at CDGM.

Sanders notes that CDGM didn’t require Head Start teachers to have teaching licenses or professional education experience. Instead, it prioritized hiring local people with an enthusiasm for working with children. And jobs as Head Start aides, cooks, and janitors paid significantly more than chopping cotton or doing domestic work.

Not surprisingly, the CDGM Head Start centers raised alarm bells with white Mississippi politicians like Senator John Cornelius Stennis, who called the use of federal money “shocking and almost unbelievable.”

Political conflict eventually led to the end of CDGM in 1968. The program was replaced by Mississippi Action for Progress (MAP). The new Head Start centers remained integrated but required teachers to have credentials, eliminated Afrocentric curriculum elements, and took leadership from middle-class rather than working-class Mississippians, diluting the radicalism of the original program. Yet many parents and children used the skills they’d found within CDGM to become leaders in the ongoing struggle for freedom in Mississippi.

Does Virtual Learning Work for Every Student?

Given Covid-19, schools have limited options for teaching kids. What’s working and not working in the era of online learning?