The civil rights leader who changed his name to Kwame Ture encouraged students in the Mississippi Freedom Schools to think critically. 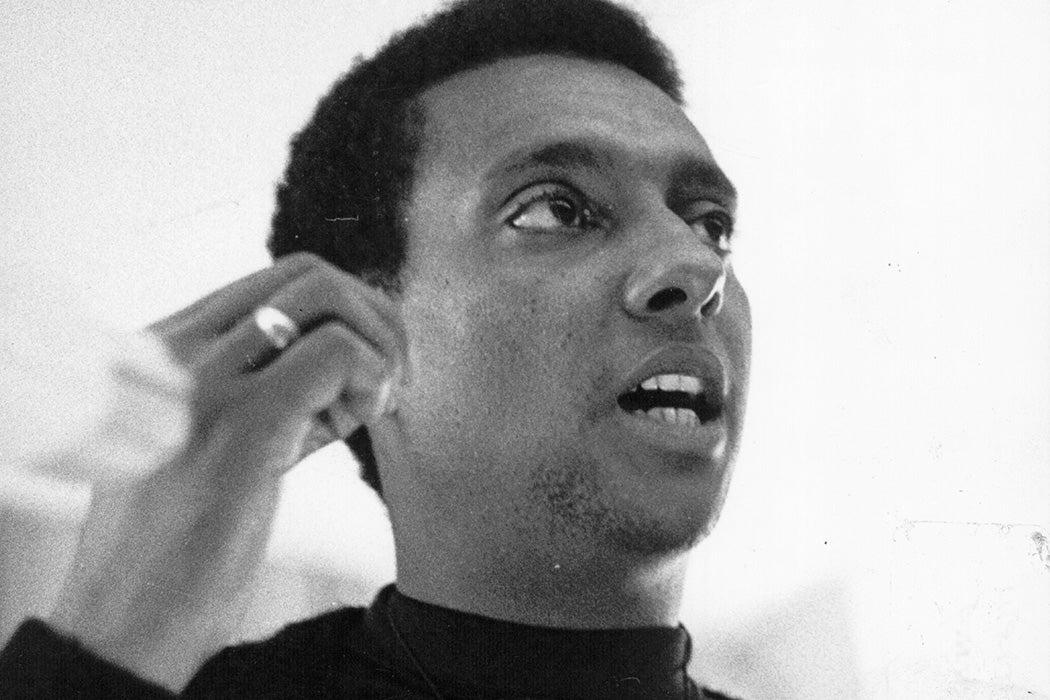 Educators often frame their work as preparing students to thrive in the world. But to the civil rights leaders who created the Mississippi Freedom Schools in the 1960s, the task was more like preparing students for a world that was determined not to let them thrive. Stephen Schneider explores what that looked like, focusing on a class taught by Stokely Carmichael, a leader of the Student Nonviolent Coordinating Committee (SNCC).

Developed by a coalition of civil rights organizations, the Mississippi Freedom Schools offered basic education in math, reading, and politics, with the aim of challenging American myths and encouraging political action. Carmichael (later known as Kwame Ture) taught at several of them in 1964 and 1965. The classes generally included students from a variety of age groups and literacy levels.

“We have never spoken English perfectly. And that is because our people consciously resisted a language that did not belong to us.”

Schneider discusses a “speech class” that Carmichael taught at the Work-Study Institute in Waveland, Mississippi, in 1965, as described in an account by SNCC executive secretary Jane Stembridge. Carmichael started the class by writing two lists of sentences on the board. On the left side were these phrases:

On the right side:

I enjoy drinking cocktails
The people want freedom
Anywhere the officers of the law go, they cause trouble
I want to register to vote

Stembridge recorded a conversation between Carmichael and several students about one of the sentences on the left:

Zelma: “’Peoples’ isn’t right.”
Stokely: “Does it mean anything?”
Milton: “People means everybody. Peoples means everybody in the world.”
Alma: “Both sentences are right as long as you understand them.”
Henry: “They’re both okay, but in a speech class you have to use correct English.”

Carmichael later led the class in a discussion of the differences between the two sets of sentences. Most of the students reported that “most people” use sentences like the ones on the left. One said that southerners used the sentences on the left and northerners the ones on the right. Responding to a question about why teachers want students to speak in a way different from how most people talk, one student responded, “If you don’t talk right, society rejects you. It embarrasses other people if you don’t talk right.”

Schneider writes that Carmichael prompted his students to see African American Vernacular English (AAVE) as a “counterlanguage” representing resistance to racist oppression. As Carmichael later said in his 1968 speech “Free Huey,” “We have never spoken English perfectly. And that is because our people consciously resisted a language that did not belong to us.”

While Carmichael didn’t insist to the class that learning “correct” English was a bad idea, he encouraged them to question the assumption that it was necessary. He ended the class with a summary of the lesson in two questions: “What is society? Who makes the rules for society?”