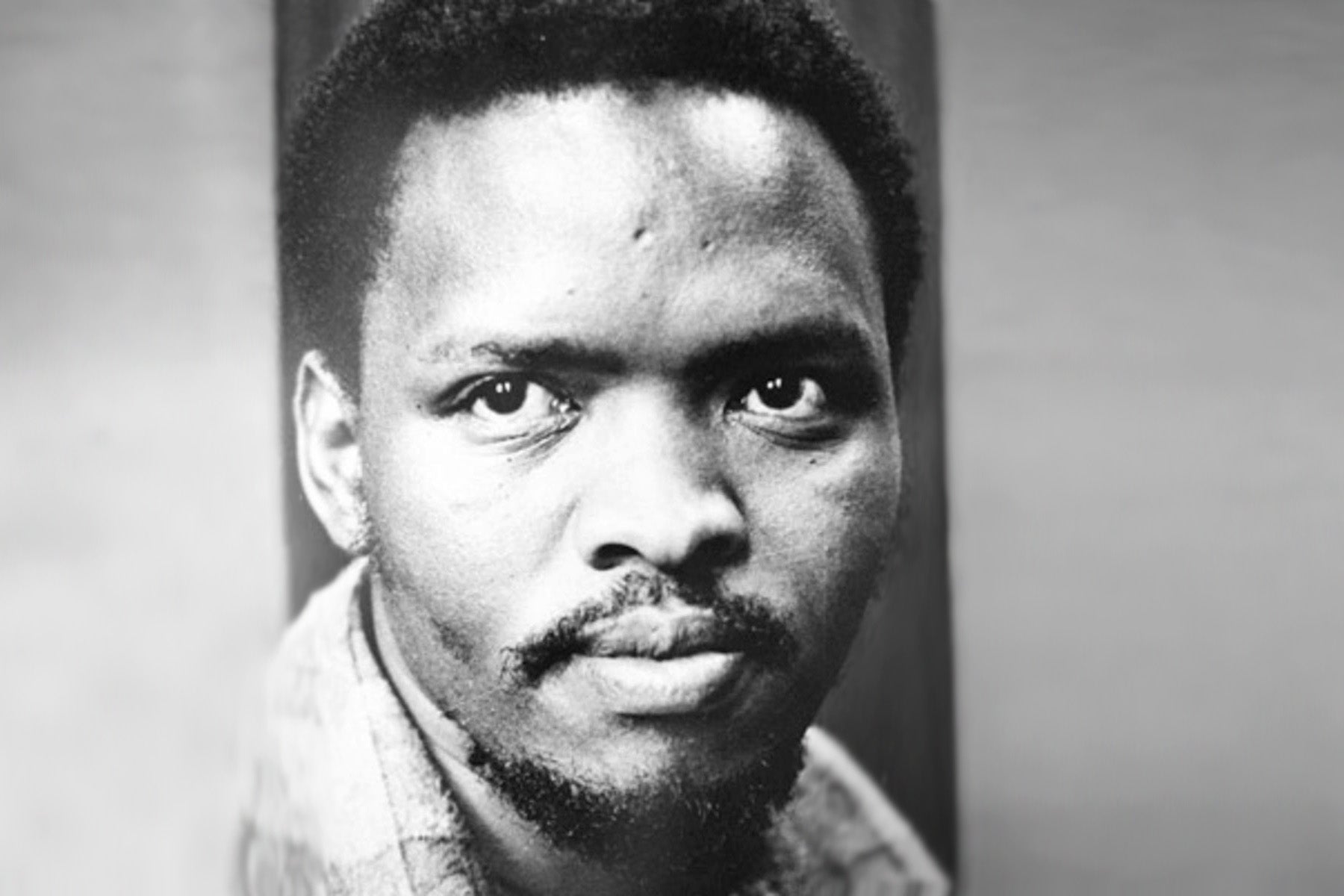 Steve Biko, one of the most prominent leaders in the anti-apartheid struggle, died in police detention on September 12, 1977. He was imprisoned on charges of terrorism. The South African Minister of Police announced that he died after a seven-day hunger strike. Riots ensued in the aftermath of this statement, and a few students were killed in the protests. Fifteen thousand people showed up to Biko’s funeral, including foreign dignitaries, African diplomats, and about 13 Western diplomats. The governments of Ghana and Lesotho released official statements of outrage. The South African police had clearly underestimated the potential consequences of his death, and a global movement emerged, demanding justice for Biko.

Biko was an incredibly charismatic organizer who also studied medicine at the prestigious University of Natal. Although he had cordial relations with the white liberals who dominated the National Union of South African Students, he was one of the principal co-founders of the South African Student’s Organization (SASO), which argued that white liberal paternalism could not satisfy the demands of non-whites and that Blacks should organise on their own. “Black Man, you are on your own” was the slogan of his Black Consciousness movement, which advocated self-awareness and self-reliance for Black people.

Biko’s charisma flowed outside of the university, and the Black consciousness movement became a phenomenon throughout the country.

But Biko was no African nationalist. He redefined Black in a time of incredible disunity in the African movement. The African National Congress and the Pan Africanist Congress had been banned by the South African police in the aftermath of the Sharpeville massacre of 1960. The African Students’ Association (ASA) and the African Students’ Union of South Africa (ASUSA) were dividing alongside sectional, tribal, and ideological lines. SASO was not “a movement for Africans, not a movement for Indians, for Coloured people,” Biko famously stated, it was “a movement for people who are oppressed.” To be Black meant to be oppressed. As the Yale history professor Daniel Magaziner put it in the International Journal of African Historical Studies, SASO believed that “race was contingent… formed through the historical experience of oppression in a particular context.”

Biko’s charisma flowed outside of the university, and the Black consciousness movement became a phenomenon throughout the country. He was, in the words of a UN report reviewing his life in the aftermath of his death, “the most important black South African leader of this generation.” So important, in fact, that the Apartheid state was terrified of him. In 1973, he was issued a five-year banning order prohibiting him from leaving his district of King Williams Town. In June 1976, the leaders of the Soweto uprising demanded that the government negotiate with their leaders, Nelson Mandela of the ANC, Sobukwe of the Pan Africanist Congress ,and Steve Biko himself. In December of that year, Senator Dick Clark, working for President Carter, joined the U.S. ambassador to the UN and various other senior Carter administration officials in visiting Biko in his home. They paid this visit despite the fact that Biko had written to Senator Clark months earlier complaining that the U.S. “played a shameful role in her relations with our country.”

Like the death of George Floyd, Biko’s death galvanised a global movement against racism. His extrajudicial killing embarrassed Apartheid South Africa on the global stage, much the way Floyd’s death has embarrassed the United States. Although Biko was an activist and George Floyd a citizen, in one crucial way their deaths were quite similar: two Black people whose deaths were contested at the point of inquest and autopsy.

On May 25, 2020, George Floyd was killed by police. The video of the homicide went viral. On the following day, the Hennepin County Medical Examiner’s Office ruled that the cause of death was “cardiopulmonary arrest complicating law enforcement subdual, restraint, and neck compression.” The report added that a contributing factor to the heart failure that ended George Floyd’s life was the hard drugs of fentanyl and methamphetamine. This view was contested by the private examiners hired by the Floyd family, who ruled that the death was caused by “asphyxiation from sustained pressure.”

Autopsies carried out by law enforcement have long been the site of political contestation. They have a heavy weight in the courtroom and can provide a narrative that either condemns the state or absolves it. For this very same reason, in the aftermath of Steve Biko’s death, doctors debated passionately in the British Medical Journal about how he died—and what the role of white South African doctors was in the process. British doctors condemned the South African Medical Association (MASA), while South African doctors retorted in defensiveness.

“Most readers will have been horrified by reports of the inquest on Steve Biko,” wrote R. Hoffenberg, a doctor working in Queen Elizabeth Hospital in Birmingham, England, in 1978:

Three senior medical practitioners… gave evidence during the inquest that can only be regarded as unsatisfactory… Dr Ivor Lang later admitted that he wrote out a “highly incorrect” medical certificate at the request of Colonel Goosen of the security police.

MASA responded in outrage. C. E. M. Viljoen, the Secretary-General of the Medical Association of South Africa, refused to take a stance on “the medical treatment received by the late Mr Biko on the basis of newspaper reports,” citing a need for neutrality. He reiterated that “MASA has the fullest confidence in the South African judiciary,” the very judiciary that later absolved the three doctors accused of falsifying reports and being criminally negligent.

An inquest later revealed that Biko died from traumatic brain injury, not a hunger strike as announced by the South African Minister of Police. Despite the three doctors writing in the autopsy report that there was “no evidence of any abnormality or pathology on the detainee,” there was clear evidence of torture in the very report they wrote (ring marks around both wrists, clear brain damage, thick or slurred speech). Despite these injuries, Biko received no medical treatment until a doctor, Benjamin Tucker, sent him on a 700-mile journey to a prison hospital in the back of a van after finding him frothing at the mouth. Biko miraculously survived the trip but died shortly after arrival.

In 1978, despite allegations by Lang and Tucker that they were acting on the instructions of the police, the state “found no such evidence and recommended to the Medical Council that no further action be taken against the doctors.” The Medical Council soon followed suit in 1980, and in a majority vote, said it supported the findings of the inquiry that absolved its doctors of guilt. In February 1982, the case was opened again, and the doctors were deemed innocent. Finally, in 1984, in the infamous Veriava Case, the doctors were found guilty. But, as the legal scholar Jerold Taitz records in the Modern Law Review, Tucker was suspended for three months (which was overturned) and Lang was only cautioned. Despite being guilty, in other words, somehow they were free. Tucker eventually quit his job, but Lang continued until retirement.

In 1991, at the end of Apartheid, the British Medical Journal headlined a story on the “confessions of South African Medical Journal,” declaring openly that it tried to cover up protests by dissident doctors in South Africa who submitted to their journal. In 1997, the South African Truth and Reconciliation Commission provided amnesty to the five officers who tortured Biko and left him with the doctors who covered their tracks. (Their names were Harold Synman, Gideon Nieuwoudt, R. Marx, J. Bencke, and Daantjie Siebert.) It also heard from the Medical Association of South Africa, who admitted that their relationship with the security police and Department of Health during the so-called Biko affair was a “sad and disgraceful episode.” Medical doctor Pat Sidley, reporting from the hearings, said that they only had one defense, which was that they “believed that the country was under attack from communist and radical forces.” 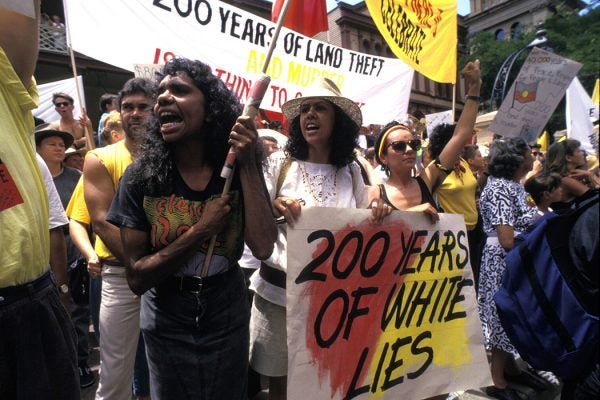 On Black Power in the Pacific

How the meaning of Blackness, and the social construction of race, varies across era and region.