When a Memoir Tells Half the Story: Prince Edward County and School Desegregation

Kristen Green’s memoir Something Must Be Done About Prince Edward County neglects the broader significance of the county’s school desegregation crisis. 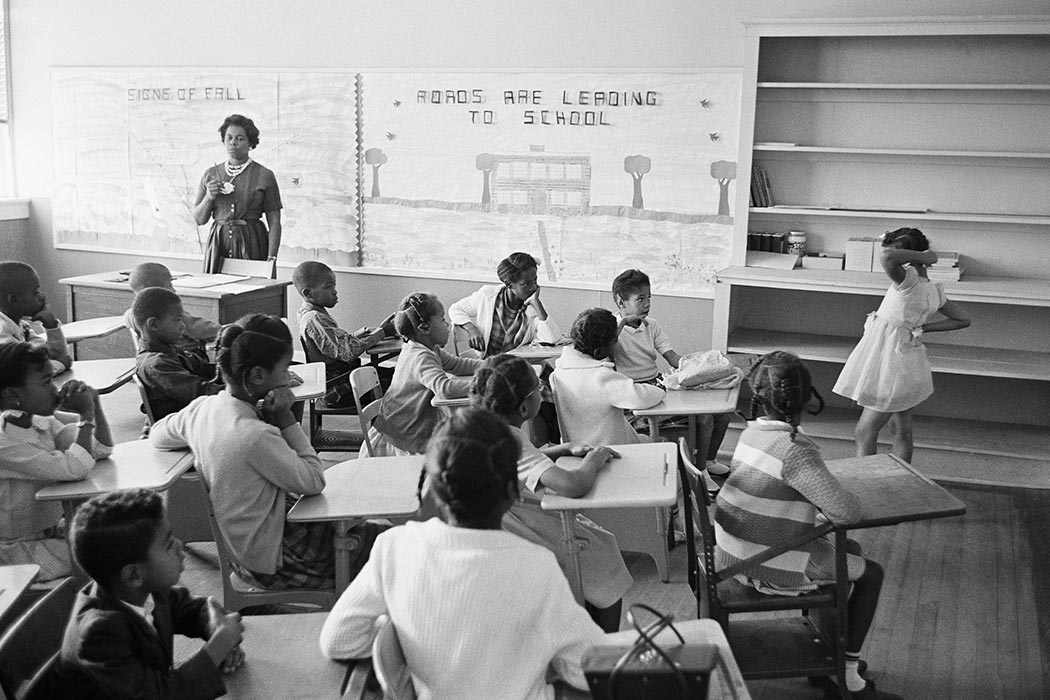 Four years ago, the University of Chicago Press published my second book—Southern Stalemate: Five Years Without Public Education in Prince Edward County, Virginia. Academic colleagues complimented me for publication with a well-regarded academic press; non-academic friends and family offered their congratulations as well. Some purchased the book, but a fraction of those purchasers even read it the whole way through. The book party was a blast. For a month or two after publication, I clung to the thin hope that high-profile media outlets would review the book—unsurprisingly, that didn’t happen.

The conflict over schools had begun in April 1951, when students at the black high school went on strike to protest inequality and segregation in schools.
This summer, Kristen Green’s memoir, Something Must Be Done About Prince Edward County, on a similar subject attracted a considerable amount of mainstream media coverage, including prominent reviews in the New York Times, the Washington Post, and even O, The Oprah Magazine. Green, a Richmond-based journalist, grew up in Farmville, Virginia, the county seat of the eponymous Prince Edward County, where white leaders abandoned public education from 1959 to 1964.

The conflict over schools had begun in April 1951, when students at the black high school went on strike to protest inequality and segregation in schools. The following month, the NAACP filed a desegregation lawsuit on behalf of the students, and the case became one of five decided in Brown v. Board of Education (1954). In May 1959, the Fourth Circuit Court of Appeals instructed resistant federal judge Sterling Hutcheson, who had set a 1965 desegregation deadline for Prince Edward, to order the county to begin desegregation in fall 1959. Hutcheson never issued the order, opting instead to retire from the bench, but white county leaders decided that the time had come to take their stand, and they closed the public schools.

While public school doors were locked, most white students—including Green’s mother and father—attended the segregated Prince Edward Academy, a private school that opened immediately after the county closed its schools in 1959. Green’s grandfather had a prominent role in establishing the all-white school, her parents remained highly involved as adults, and in later years Green and her three brothers were enrolled in the academy rather than the mostly black public schools.

Over three-quarters of black youth in Prince Edward County went without education for at least four years.

The same white segregationists who opened the academy offered to help blacks open their own private schools. Doubting their sincerity, and unwilling to blur the moral clarity of the school closings, black Prince Edwardians scrambled to educate their children on their own. Some black families were able to arrange for their children to live with family and friends outside the county and enroll them in local schools. Several organizations, including the (Black) Virginia Teachers Association and the American Friends Service Committee (AFSC), found volunteers—often several hundred miles away—to house Prince Edward children. Despite the hardships of being away from home and family, these children were the fortunate ones: Over three-quarters of black youth in Prince Edward County went without education for at least four years.

The educational chasm would have continued for a fifth year had it not been for the Free Schools, a free, privately funded school system created by the Kennedy administration that enrolled nearly 1,600 black students and eight white students during the 1963–64 school year.

After many years out of school, the Kennedy Administration established a privately funded school system that enrolled nearly 1,600 black students and eight white students during the 1963-64 school year.

In May 1964, the U.S. Supreme Court ruled in Griffin v. County School Board of Prince Edward County that the county must reopen schools in the fall. Prince Edward complied grudgingly, funding the nominally integrated schools at subsistence levels and denying that meeting the needs of educationally starved students would require any special effort on the county’s part. Despite claims by white leaders that the county could not afford to fund public schools more generously, Prince Edward’s budget allocated nearly double the level of public school funding to provide “tuition grants” for whites remaining at the academy. Nearly all whites chose to do so. While detailing the history of the academy (now the Fuqua School) in her memoir, Green says virtually nothing about the long struggle by black residents—and some whites—to revive the public school system. It is a telling omission.

Also absent from this “timeless story” are the efforts of black Prince Edwardians—like African-Americans in countless communities throughout the nation—to secure educational justice since emancipation, as Kara Miles Turner, among others, has documented extensively. We learn nothing about the great personal costs paid by Reverend L. Francis Griffin, the county’s primary black leader, and his family, financial hardship and serious health problems among them. Similarly, there is little in Green’s book to suggest that black Prince Edwardians sacrificed the education of their children so that the right to non-segregated public education would be firmly established for black families throughout the U.S. As Griffin said in 1963, “I am well aware of the loss the children have suffered by having to grow up in ignorance…but I am convinced that all we have suffered and will suffer is worth it. Unless people are free, their spirits are destroyed. And if we love democracy, we can’t give up the fight, not only for our sake, but for the sake of America.”

In Green’s telling, Prince Edward was primarily a local battle between blacks and whites.  In actuality, both sides in the conflict sought reinforcement from outside sympathizers. Segregationists contended that this was a test of local autonomy and (white) taxpayers’ rights to allocate revenue as they saw fit. The federal government, they argued, could not force the county to operate desegregated public schools—or any public schools at all—if it did not wish to do so. They enlisted high-profile attorneys, powerful state and federal officials, and sympathetic journalists to advocate on their behalf, and they sought financial contributions to the academy from fellow segregationists, state government (via tuition grants), corporations, and foundations.

Black Prince Edwardians gained the legal backing of the NAACP, sought favorable press attention, and, along with groups such as the AFSC, lobbied the Kennedy administration to involve itself more directly in resolving the crisis. They remained determined to withstand the school closings rather than back down from their central contention: Brown v. Board of Education guaranteed the right to public education in a unitary school system, even in the face of local resistance. The Student Nonviolent Coordinating Committee sent staffers to Prince Edward County in 1963 to train local youth in nonviolent protest tactics. Martin Luther King, Jr. addressed Prince Edward residents twice during the closings, urging them to “stand firm for what you believe in” and praising Griffin as “a giant in this community.”

In her memoir, Green underplays the extent to which local white leaders consciously exploited their power to tighten the oppression of their black neighbors.

Clearly, black freedom fighters and white segregationists alike were convinced that the outcome of the agonizing battle in Virginia would reverberate nationwide.

While Green condemns the segregationists who closed schools, she underplays the extent to which local white leaders consciously exploited their power to tighten the oppression of their black neighbors. Indeed, C.G. Gordon Moss, the dean of Farmville’s Longwood University and the most outspoken white dissenter in Prince Edward, argued that these segregationists quietly reveled in keeping blacks and some poor whites uneducated, and thus more pliable workers. Green’s portrayal defangs the vindictive motivations behind the school closings. She also fails to acknowledge the obstructions to black educational aspirations that reached far beyond her small Virginia county. Academy backers urged fellow segregationists elsewhere to follow their lead in defying desegregation. Although the school-closing strategy thankfully did not gain momentum, the model that replaced it in Prince Edward County—poorly funded public schools for blacks, private schools for whites—was replicated widely, particularly in rural districts in the South.

Too often, Something Must Be Done neglects the broader significance of the educational crisis in Prince Edward. Perhaps it is unfair to ask a memoir to pan out that widely, especially when written by a person whose role in the history is tangential. But in purporting to tell the “complete story” of Prince Edward, Green misleads her readers. I don’t make that claim for Southern Stalemate, but I do argue that, in many cases, scholarly monographs offer readers a more nuanced understanding of complex historical events than popular histories such as Green’s, which privilege the author’s personal narrative over rigorous research and probing analysis. When books such as Something Must Be Done introduce readers to an important story in accessible fashion, that is great. But if readers stop there, they are getting only half the story. 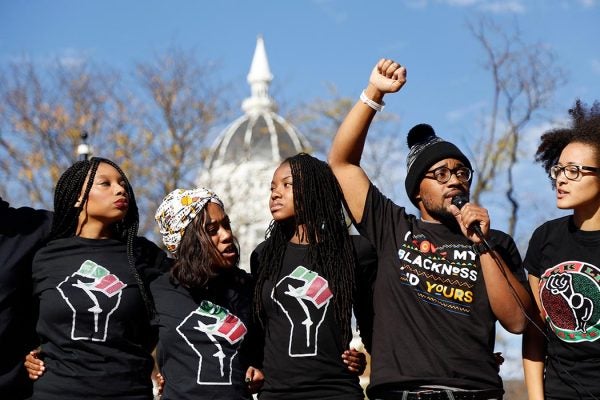 How faculty and students of color are marginalized by their own institutions.