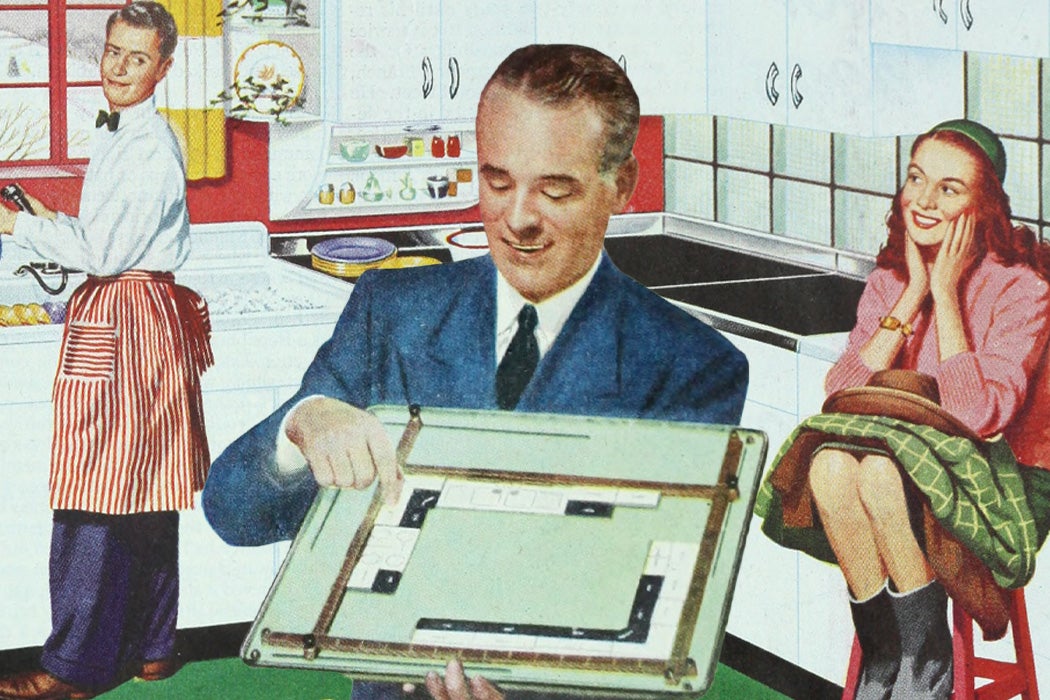 As white, middle-class women flocked to the suburbs in the wake of World War II, a remodeling frenzy swept the United States. Housewives aspired to tear out their old-fashioned kitchens in favor of slick, prefabricated ones that could do away with drudgery. And as they shopped, they were often given miniature versions of their own kitchens to “play with.” But as architectural historian Chad Randl writes, mini-kitchen planning kits weren’t just fun and games—they were part of a push toward a domestic revival in which women found fulfillment at home.

The kits, used as sales tools for kitchen remodels in the 1950s and 1960s, let consumers see and touch what their kitchen might look like with new cabinets. “Miniature planning kits offered consumption in the guise of creativity,” Randl writes. Instead, the sets “circumscribed it” as they placed women in a rigid and domestic world.

Ads of the time even threatened women with the prospect that their children’s toy kitchen would be more modern than their real thing.

White, middle-class women who had taken jobs during the war faced pressure to return home, and home remodels were dangled as a kind of inducement. Kitchen design had long been the domain of home economists, but midcentury housewives didn’t need formal training to redo their kitchens. Instead, kitchen manufacturers insisted, ideas about what an ideal kitchen looked like were inherent in being a woman.

Randl connects miniature kitchen sales tools to everything from the midcentury passion for DIY and craft kits to the “age-old human fascination with the diminutive.” Dollhouse sets of the era encouraged girls to imagine their ideal domestic spaces, and ads of the time even threatened women with the prospect that their children’s toy kitchen would be more modern than their real thing.

That life was remarkably uniform: As Randl notes, manufacturers actually made it difficult to personalize their designs, and consumers had to choose between relatively few finishes and styles. Despite an overwhelming consumer demand for flexible spaces like open-plan kitchens and breakfast nooks, prefab kitchens were designed with uniformity and standardization in mind. Housewives could dream about their ideal kitchen—provided their dream didn’t veer too far away from the norm.

“The rhetoric of kitchen remodeling promoted support not only for selling kitchens but also for a domestic revival,” writes Randl. Improved kitchens implied that women could solve both their aspirations and their problems in the home. But though salesmen seemed confident that women wanted to play with dollhouse versions of their own lives, Randl concludes, it was really manufacturers who were doing the playing, “crafting their own stories about an idealized American housewife who was beguiled by miniature design.” Sold dreams of fulfillment and domestic aspiration, midcentury women were treated as dolls in a game of consumerism and prescriptive gender roles. 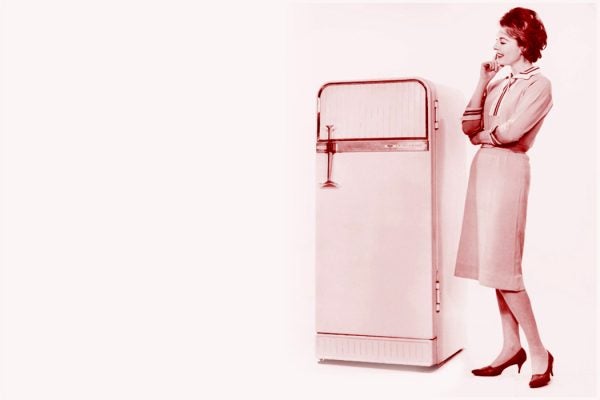