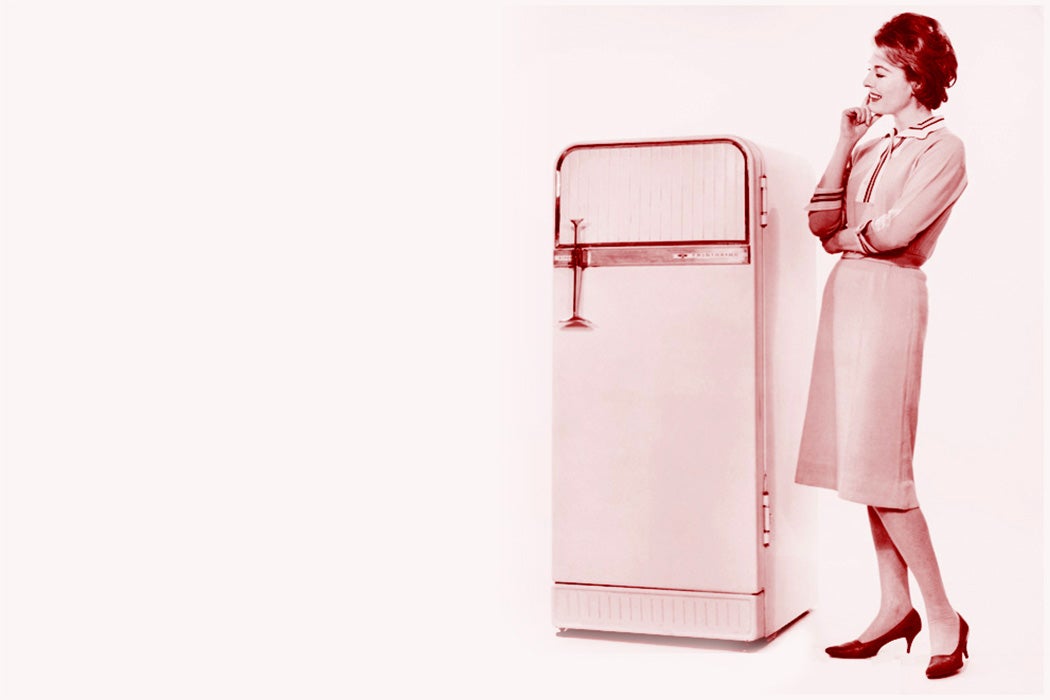 In 1959, Vice President Richard Nixon and Soviet Premier Nikita Khrushchev had a crackling “Cold War” debate at an American model kitchen on display in Moscow. The topic: which was superior, capitalism or communism?

Nixon claimed that capitalism allowed American men to be the “power brokers of a domestic, familiar sphere run by their contented wives,” as scholar Paul Gansky paraphrases. Gansky finds it appropriate that both Nixon and Khrushchev were actually separated from that ideal model kitchen by a fence. The kitchen was a highly gendered space and the refrigerator was a particularly gendered technology. It was off-limits to men.

In the postwar era, popular culture started focusing in on the fridge as a locus of domesticity, gender roles, and intense male ambivalence.

It was during this post-war baby/economic/suburban boom that popular culture started focusing in on the fridge as a locus of domesticity, gender roles, and intense male ambivalence. Television, movies, print media, government, and of course advertising situated the kitchen as an essentially female place. In The Donna Reed Show (1958-1966), for instance, the titular star, a nonpareil suburban mom, presides over the ultimate sitcom kitchen with a huge refrigerator. The device seems magical, a cornucopia of prepared food: it’s filled with orange juice already in the glass, plates of sandwiches ready to eat.

Women have typically been the focus in studies of gender roles in post-war America. But what about the men who just wanted some ice cubes? Gansky registers surprise at the “depth to which men’s ambivalent relationship to refrigeration is represented,” in popular culture. A big part of this ambivalence was having to work for all the latest gadgets; ultimately, a bigger refrigerator meant a bigger kitchen meant a bigger home and mortgage. In 1946’s It’s A Wonderful Life, George Bailey hysterically expresses his insecurity about providing for his family, exclaiming, “We might as well be living inside a refrigerator!”

Gansky pays particular attention to a 1949 Saturday Evening Post piece called “Are Gadgets Replacing the Housewife?” The narrator of the piece thinks the fridge, dominating the kitchen, is staging a mutiny against him. “Effectively subverting household patriarchs, the refrigerator’s superiority turns men’s lack of technical expertise into a challenge to their masculinity.” For lower- and working class men, used to mechanical problem-solving, refrigeration was a technology beyond their understanding. There was no DYI with these behemoths. Gansky writes:

Refrigerators channel such a world of profound technological inscrutability into the home […] the device’s placement in the kitchen strengthens its unsettling presence. Considered the arena of wives and mothers by this set of texts [popular culture examples], the room consistently serves as a stage for male incompetence, refracting and intensifying the challenges the appliance poses to male intelligence, class, and strength.

Gansky also mentions a mid-1950s episode of Les Paul and Mary Ford At Home, in which the husband tries everything to get their refrigerator to work. Paul first tries serenading the broken fridge. When that doesn’t do the trick, he tries body-slamming it in frustration. That doesn’t work either. 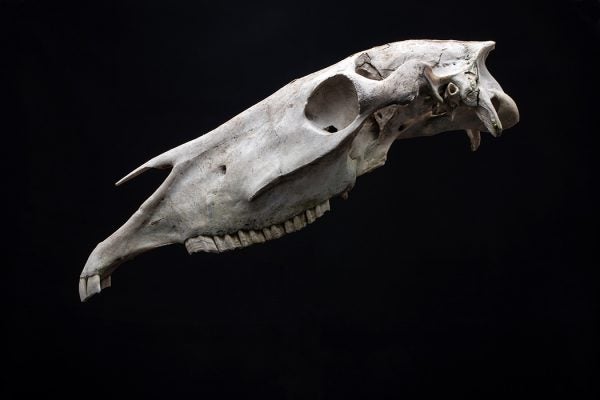