Cedric Robinson proposed that the Black radical tradition was necessitated into existence by “racial capitalism.” 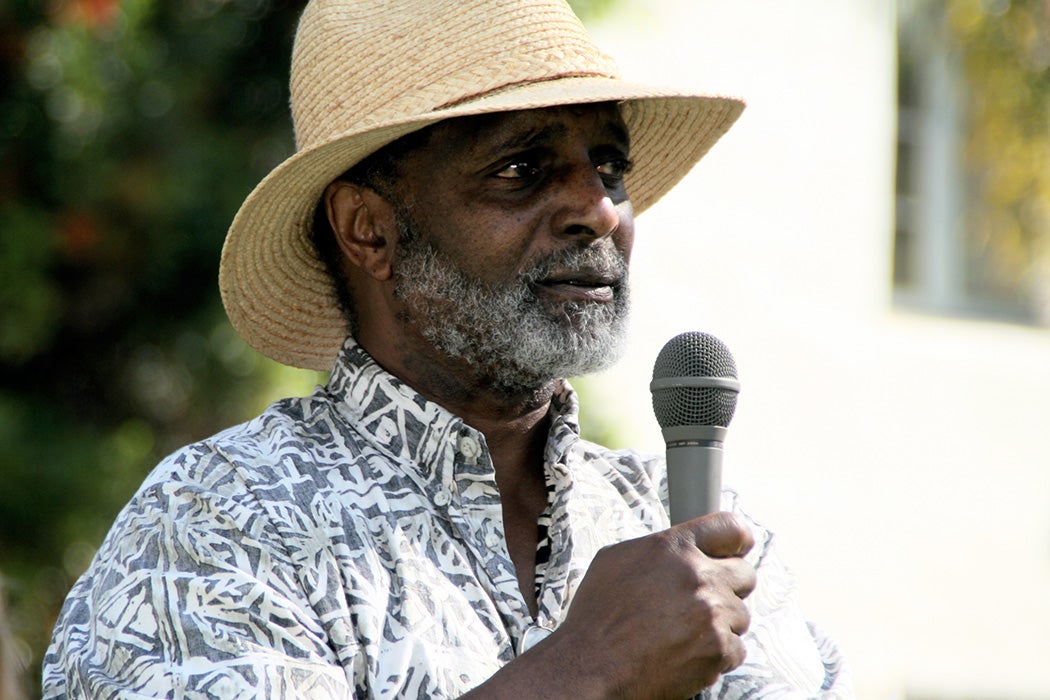 The Black radical tradition is a rich and vibrant tapestry woven by the blood, sweat, and tears of so many Black people. The term was first introduced to us by Cedric Robinson; archivists, historians, and ordinary people have since sought to uncover who its protagonists actually were. Beyond highlighting the stories of individual Black radicals—such as a non-gender conforming women from Angola standing up to the Portuguese inquisition or a Black a communist woman playwright standing up to the FBI—this intellectual tradition seeks not to atomize these individuals as lone heroes defending themselves from an amorphous and transhistorical force, such as anti-Blackness or racism. It seeks instead to situate these individuals within a tradition which first determined them as being “Black,” a word that ultimately was a pejorative, but which became a clarion call for liberation—as was the case when Haiti declared in its constitution that even the white Poles who fought for the island’s freedom could be considered as Black.

Neither the word “Black” nor “radical” ought to be taken for granted. There was a time—and indeed, some would argue there continues to be a time—when aboriginal Pacific Islanders were considered “Black.” This was a word that the British settlers imposed on a various peoples, a word that sought to place them at the bottom of an imagined hierarchy of race they deluded themselves into believing to be substantiated by science. We know, from reading the history of Steve Biko and Walter Rodney, that at some point Indian descendants of indentured servants in the Caribbean and South Africa were also invited into the fold of Blackness, and though most were reluctant to accept it, some did identify as Black.

There is nothing inherently radical about Blackness. The story of Black conquistadors collaborating with the Spanish invasion of the world, contrasted with that of Black maroons who conspired with the indigenous against Europeans, demonstrates this simple and yet compelling fact. Black people, like all people, are burdened with a truth that all of us find easy to deny: just as history is not on our side, neither are we always on the “right” side of history—indeed, there is none. We are complex beings, forced to make decisions in the face of circumstances not of our own making or choosing. And yet, there is something about “Blackness” and “radicalism” that justifies the proposition of a single thread dating back, at least, to the transatlantic slave trade—a Black radical tradition.

Neither “Black” nor “radical” can be taken for granted, but the Black radical tradition truly is “Black.”

Cedric Robinson proposed that the Black radical tradition was necessitated into existence by “racial capitalism.” The addendum of “racial” was to insist that racialization, literally the process by which an arbitrary characteristic became linked with a claim on a person’s humanity (or lack thereof) was necessary for the emergence of the modern world. That in fact, there could be no capitalism without “Blackness.” A Black person, then, wasn’t thrown into the world as one; Blackness was ascribed—an attempt to dehumanize, and, ultimately, a failed enterprise.

No matter how much they tried to rid Africans in particular (in Robinson’s framing) of the cosmologies, ways of living and seeing, that slaves stubbornly held onto, drew from, and took inspiration from, those who were condemned as “Black” remained adamant in their insistence to always revolt, regardless of the efforts of slave owners to reduce them to a state of complete abjection. That is why, even though they tried to nail Kimpa Vita to the stake, her ghost haunted Europe for centuries to come.

If the Black radical tradition most certainly encompasses slave revolts, the creeds of the Black church, and anti-colonial rebellion, it really took shape ideologically “in the twentieth-century setting of the post-slavery world order,” where “Black radical ideologues could not be other than strangers,” according to Robinson.

“I feel laughable, in their shoes, in their dinner jacket, …in their bowler hat… I feel laughable, an accomplice among them, a panderer among them” is how the negritude poet Leon Damas once articulated this feeling in a poem dedicated to Aime Cesiare. C. L. R. James stated it in other terms: “there was no world for which I was fitted, least of all the one I was now to enter.”The Black radical tradition, in other words, was also developed by a small colonial elite, who felt alienated both from their upbringing and from the culture of the countries that claimed to embrace them. The embrace, in other words, was also a paternalistic and suffocating grasp that constantly reminded them of their inferiority in the colonial order.

But what does this say about the Black radical tradition? If one were to look into the Black international, to see for instance the poetry of negritude and African pride that began in the Salons of the Nardal Sisters in Paris, before traversing the world and inspiring future heads of African states, one would assume that the “Black radical tradition” was an inadvertent creation of the colonizer and slave owner. That it was their mistake to let their subjects learn how to read, to amass enough resources to invest in print-capitalism. One could easily believe that the colonizer had too much faith in the loyalty of his subject to maintain her own state of domination. If one were to think that Black playwrights like Lorraine Hansberry were targeted by the State because they were too influenced by white communists, too influenced by white trade unionists, too deep under the spell of white sorcerers, then this would rob the hue of the Black radical tradition. In other words, it is certainly true that neither “Black” nor “radical” can be taken for granted, but the Black radical tradition truly is “Black.”

Moving into the twentieth century, we find that many of the actors of the Black radical tradition are a dissident part of a colonial elite—highly educated, but traitors to the cause of their benefactors. But who resisted, for instance, the Italian invasion of Ethiopia? Wasn’t it the longshoremen who refused to load Italian ships? Who were the foot soldiers in the fight against fascism? Wasn’t it those who volunteered to fight in another theatre of war, when they joined the Spanish republican cause? The truth is that, although much of the Black intelligentsia gave expression to the Black radical tradition, in activism and in writing, it was really the most exploited section of “Black” people who defined it in practice.

That perhaps is the most important lesson about the Black radical tradition. From a queen mother fighting for reparations, to a president of liberated slaves funding the liberator of Spanish America, the Black radical tradition is an international legacy of resistance that continues until the present. The next time someone asks you where the Black Lives Matter movement came from, I hope you have an interesting answer.