Black Americans in the Popular Front against Fascism

The era of anti-fascist struggle was a crucial moment for Black radicals of all stripes. 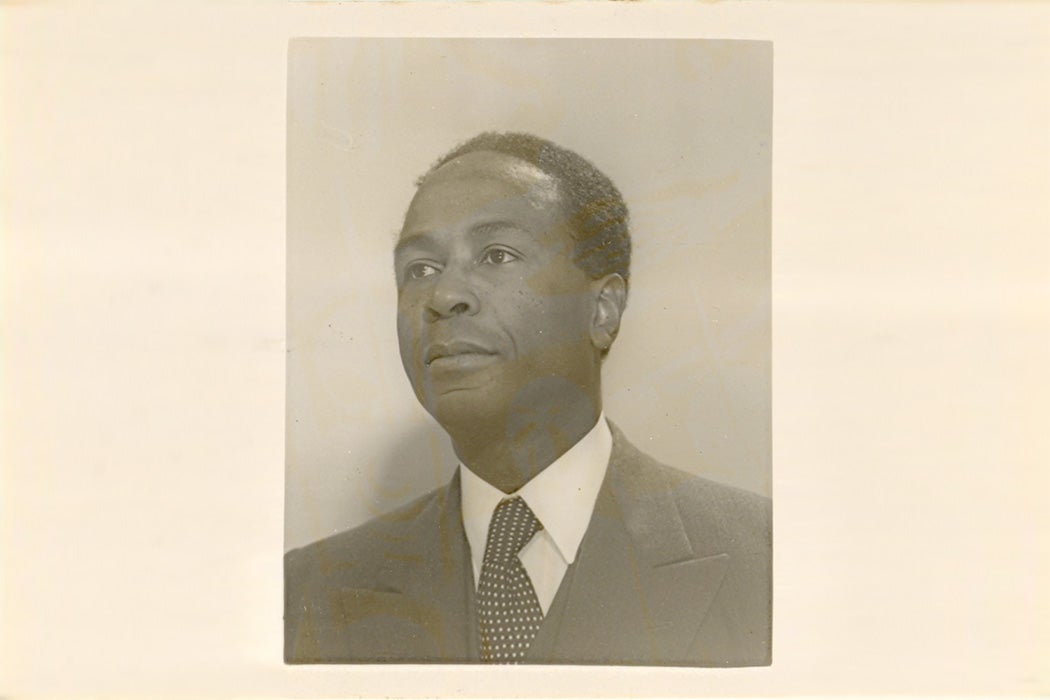 In 1935, the Communist International (Comintern) in Moscow abandoned its “Third Period” policy, first adopted in 1928, which espoused hostility toward political reformism in the name of revolution. The policy anticipated a worldwide crisis that would lead to the breakdown of capitalist and colonial rule, leaving an opening for communist parties across the world to seize power. Fascism was uniformly abhorred and seen as a symptom of this crisis, not its cause. The ideological successes of fascism were attributable, ultimately, to capitalists pulling the emergency brake through total violence, an ultra-nationalistic mutation of their economic system. If communists remained disciplined, independent from liberals and progressives, and were ready to seize the revolutionary moment, the fascist era was bound to pass, the Comintern reasoned.

By 1934, this perception had changed very rapidly. No longer bound just to Italy, fascism reached Germany in 1933 with the Nazi seizure of power. Socialists and communists were among the first to be persecuted. The same happened in the following year in Austria, when workers trying to fight the rise of Engelbert Dollfuss’s imposition of fascist rule were defeated. In France, the French Communist Party raised the alarm as well, fearing that their country was next. It was first the French communists who broke with the Third Period policy, despite pressure from Moscow not to do so. They entered into a “Popular Front” with liberals and progressives. When that strategy later seemed geopolitically advantageous to Moscow, Stalin declared the Popular Front strategy to be that of the whole Comintern.

Because Padmore believed that fascism was an outgrowth of imperialism, he thought that the best way to fight it was to fight empire.

“Sometime in late 1934 or 1935,” the Black Marxist C. L. R. James reflected, “there was a knock at my door and I went to the door and there was George Padmore… He said, “I’ve left those people you know.” C. L. R. James was shocked. Padmore was referring to the Comintern. Padmore, the Caribbean trade unionist and journalist, was one of the world’s most famous Black communists. He was an ardent anti-fascist as well. Because he believed that fascism was an outgrowth of imperialism, he thought that the best way to fight it was to fight empire.

To the disillusioned anti-imperialists, the new communist strategy of uniting with the grand democracies of Europe meant “that in the future we are going to be soft and not attack strongly the democratic imperialists which are Britain, France and the United States,” to use James’ paraphrase. For publicly reprimanding Moscow, Padmore paid the price. He was stripped from his editorship of the Black newspaper the Negro Worker, and his leadership of the International Trade Committee of Negro Workers, both of which he founded. Heartbroken, Padmore left the Comintern.

To Padmore, the Popular Front meant that the USSR had abandoned its principle of anti-colonialism by allying with the colonizers of Africa and Asia (Britain and France). The Partisan Review, formerly the literary arm of the Communist Party of the USA, became more sympathetic to the ideas of Stalin’s arch-foe, Trotsky. Other publications like New Leader and Commentary came to be associated with the anti-Stalinist left as well. Like Padmore, they too were anti-fascist, but they believed that the Comintern subordinated Marxists to the foreign policy needs of Russia.

These writers and artists frankly just didn’t like the new literature and art that was associated with the Popular Front era. It felt stale, too populist, too try-hard, and lacked the sophistication of proletarian art. Trotsky, a former ally of Stalin who was purged from the Party and eventually assassinated for his criticisms of Stalin and the Soviet bureaucracy, seemed not only to be more sympathetic to their vision for world communism, but also to their appreciation for modernist art.

In 1943, a youthful James Baldwin joined the Young People’s Socialist League upon the recommendation of a fellow Black friend. He claimed to outdistance his own Black peers “by becoming a Trotskyite.” As Baldwin later put it: “I was in the interesting position (at the age of 19) of being an anti-Stalinist when America and Russia were allies.” In the Forties and Fifties, in fact, “his primary theme was not race but rather the political and literary shortcomings of proletarian and Popular Front culture,” according to the scholar Geraldine Murphy.

Baldwin’s earlier works appeared in publications like Commentary. Saul Levitas, an important socialist editor of the New Leader, was the first person to give him a book review assignment. Baldwin the Trotskyist made his debut into the world of the New York Intellectuals. As Professor Douglas Field of Manchester University puts it: “Despite the biographical gaps in Baldwin’s Leftist past, his avowed anti-Stalinism and support of Trotsky fit into the wider history of his involvement with New York Intellectual publications.” Baldwin would later evolve into somebody who was skeptical of all political organizations and ideologies. But his entry into the world of writing was through the anti-Popular Front scene in New York.

The organizations and cultural movements that grew to oppose the Popular Front redrew the contours of Black radicalism. But paradoxically, the Popular Front itself influenced thousands of African Americans to join the communist party. In the case of African Americans joining the International Brigades in Spain, many did it for the same reason that Padmore left: to get back at Italy (which was supporting Franco) for its invasion of Ethiopia.

In his autobiography I Wonder as I Wander, Langston Hughes recalled the day in 1936 when he received “a letter from the Baltimore Afro-American” asking if he could “cover for the paper the activities of Negros in the International Brigades” in Spain. Isabel Soto, of the National Distance Education University, contends that the dispatches Hughes wrote in his time in Spain “were unambiguously opposing an anti-Jim Crow agenda to the racist rhetoric of the fascist rebels led by Spain’s colonial Army of Africa.” As General Franco was marching with Black soldiers he recruited from the Spanish colonies in Morocco, hundreds of people of African descent, including African Americans, joined the newly elected popular front government in defending Spain.

Franco was aided by airpower from Germany and Italy, while the USSR provided ammunition to various militias across the country that were trying to defend the Popular Front from the coup. Other European powers signed a “non-intervention pact,” and the war tipped in favor of Franco. Though it seemed hopeless, throughout the Spanish civil war, ninety Black Americans joined the integrated Abraham Lincoln Brigades to defend Spain from a fascist takeover in 1936. Nearly all of them were communists. Artists like Paul Robeson and Langston Hughes went to the front lines to support these soldiers. Even George Orwell fought on the side of the Trotskyist POUM party, in Spain.

In Spain, Black people were fighting on both sides of the war. To Padmore, it was not “the politically backward Moors who should be blamed for being by the forces of reaction,” people he felt were forced by sheer economic necessity into the armed forces of Spain, “but the leaders of the Popular Front” who hadn’t broken with imperialism and thus had played into the hands of Franco. To people like Paul Robeson, Louise Thompson, and Langston Hughes, however, the fight in Spain was an extension of the struggle against Jim Crow at home and against imperialism abroad. In an interview with the late Cedric Robinson Yates, a volunteer who joined the international brigades recalled that “when Ethiopia was invaded and Italy overran it, those same troops left there and went to Spain. This was a time and a chance for especially the Blacks to volunteer and get back at the fascists that had invaded Ethiopia.”

Certainly, there were people like Padmore and Baldwin who had their reasons to distrust the Popular Front. But for Black communists like Thyra Edwards, a woman who joined the Loyalists in Spain, helped resettle Spanish refugees in Mexico, and reported for the Black radical press throughout World War II, fighting fascism was all intertwined with the cause for Black liberation.