Why Paul Robeson Was Labelled a Psychopath

The singer, actor, and activist Paul Robeson had a spectacular rise and then a stunning fall brought on by the Cold War’s pathologizing of dissent. 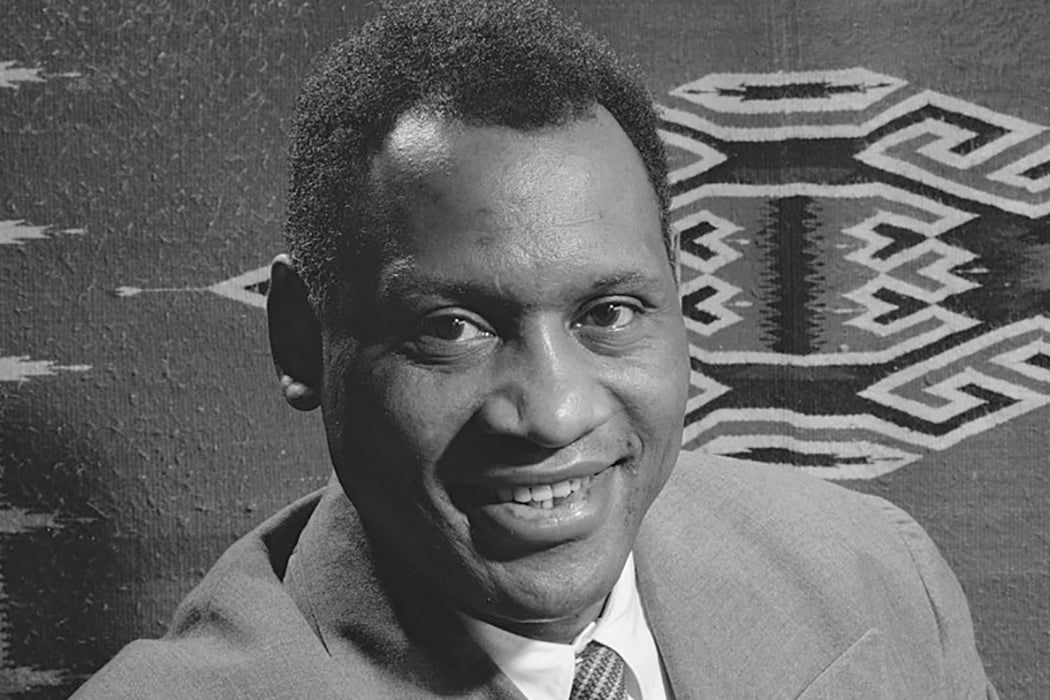 The son of a runaway slave, Paul Robeson rose to unprecedented heights: he was an All-American athlete, lawyer, activist, and performer, largely remembered now for his voice, his roles in the movies The Emperor Jones (1933) and Show Boat (1936), his 1943 performance as Othello (still the longest running Shakespeare play on Broadway), and his Communist sympathies.

For a time he was the most famous and respected African American in the U.S., and probably the world. But after 1949, he was the most vilified American alive, blacklisted, spied on, and threatened by racist vigilante terror. His passport was stripped from him by the State Department because it was thought that his singing abroad (even in Canada and Hawaii) was a danger. A strong voice for labor rights, civil rights, and anti-colonialism was rather successfully contained. What happened?

In short: the Cold War. Performance Studies scholar Tony Perucci explores how Robeson was portrayed as insane. During the Cold War, the shared “critical goal” of the federal government and psychoanalytic psychiatry was “to eliminate dissent against American political order.” Because Communists (real or imagined) were said to be so good at masking their true selves, only psychoanalysis could break through outer falsehood of the “red mask.” It followed that they had to be insane to be Communists or fellow-travelers.

Robeson was labeled a psychopath because his views on the Spanish Civil War, labor, segregation, colonialism, and other issues were considered “un-American.”

Robeson was labeled a psychopath—the word came into common use in the post-war era—because his views on the Spanish Civil War, labor, segregation, colonialism, and other issues were considered “un-American.” The immediate cause of Robeson’s downfall was what he purportedly said at the 1949 Paris Peace Conference: that black Americans shouldn’t fight against the Soviet Union. He was called a traitor in the U.S. as soon as the newspapers hit the streets. But historians have shown that the supposed quotes were flashed around the world by the AP before he actually spoke.

Robeson was definitely a supporter of the Soviet Union, which had just a few years previously been the U.S.’s ally in World War II. He had been rapturously received in Moscow in 1934 and later he praised Stalin effusively on the dictator’s death in 1953. But did that make him insane? As Perucci notes, “madness, Communism, homosexuality, theatricality, and blackness and their articulation became key elements in a semiotics of disloyalty.” Robeson had the strikes of being black, an anti-fascist left-winger, and a performer all going against him. Other African Americans were pressured to condemn him. The NAACP shied away from him.

Robeson’s passport would not be restored until 1958, thanks to the Supreme Court. Robeson lived in the United States, largely out of the public eye, until his death in 1976. His response to a question by a HUAC Congressman in 1956 as to why he didn’t live in the USSR if he liked it so much? “Because my father was a slave, and my people died to build this country, and I am going to stay here, and have a part just like you.” 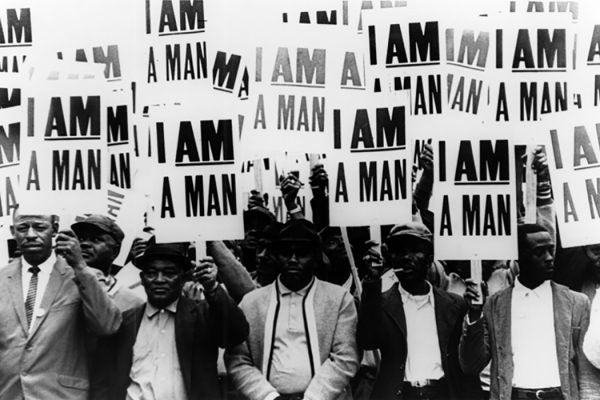 How the Memphis Sanitation Strike, with its iconic “I AM A MAN” signs, helped deepen Martin Luther King, Jr.'s radicalism in the last months of his life.