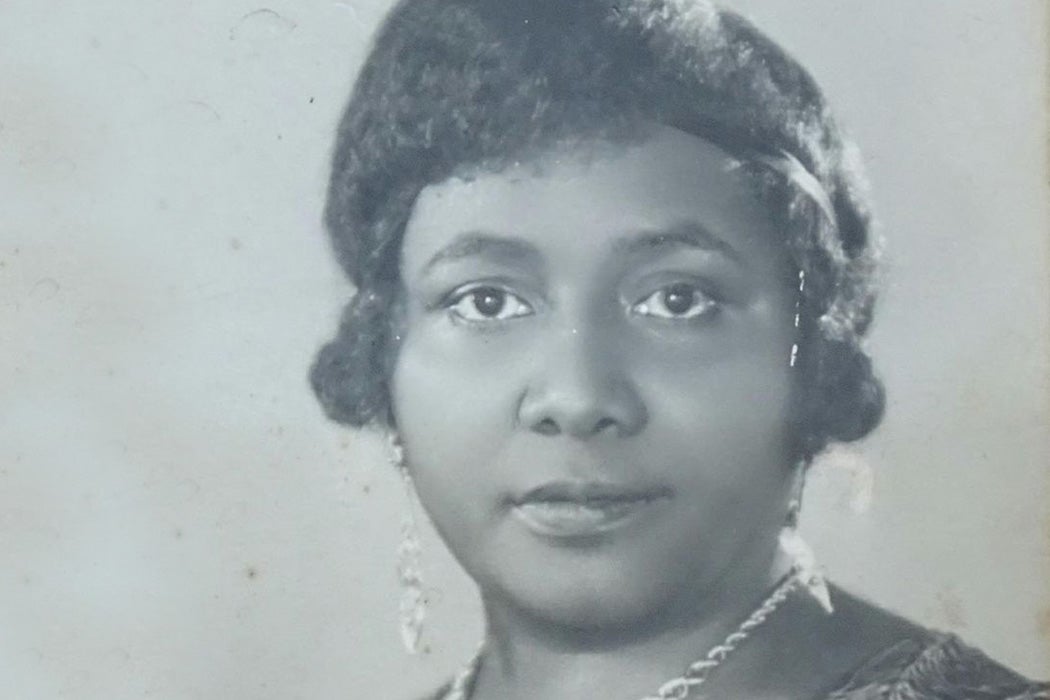 Relationships were the essence of the early twentieth century “black international.”

In Paris, the Martinician writer Jane Nardal took to her typewriter to make sense of a pattern she was witnessing. She observed that, while the First World War had in one sense brought blacks together, it was only to share a sense of disillusionment. They were no longer just colonial subjects. But exile, dispossession, and the expectation to assimilate brought about new forms of self-identification of blacks in Paris. Dislocated and broken, the collective imagination turned back to Africa, and new literary magazines were popping up all around the city. Black people around the world were eschewing terms like “negro” and were instead calling themselves “Afro-American, Afro Latin.” Jane Nardal’s work attempted to make sense of this new era, which she called “Black Internationalism.”

Jane was one of the seven extremely talented Nardal sisters. Much was expected of them. The historian Emily Church’s extensive account of their lives in Callaloo reveals that their uncle Louis Achille was the first black man to earn the highest degree for teachers in France, which he did when teaching at the Lycee Schoelcher, in Martinique. Their mother Louise was a talented school teacher and musician, and their father Paul was the first black engineer in the Department of Public Works on the island of Martinique, where he worked for forty-five years.

Jane and her sisters were sent to train and study in Paris. What was expected of them couldn’t have been clearer: these were elite black women, and, like their male counterparts, they were expected to uphold the place of a small class of blacks that benefited from the colonial system. And yet, in their own little ways, they rebelled against this fate.

Of all the Nardal sisters, Jane was the most unconventional, donning African jewellery and even writing under an alias, “Yadhe,” named after what she claimed was an African spirit. Jane got the sisters to question the French doctrine of civilizing and assimilating their black colonial subjects. Her sister Paulette, however, was the most influential. She befriended esteemed African-American poets and artists like Claude McKay and Eslanda Robeson.

We can see among the black intelligentsia in interwar France the contradictions of colonialism collapsing in on themselves.

As the groundbreaking work of the feminist scholar Tracy Denean Sharpley-Whiting, Negritude Women, argues, Paulette was the mastermind of the sisters’ literary salon, which became a meeting ground for African, Antillean, and African-American intellectuals, in the Parisian suburb of Clamart. Paulette also made possible La Revue du Monde Noir, a black cultural and political journal that published the works of the intellectual circle that gathered in the sisters’ salon.

Paulette, and her sisters, represented a section of the black intelligentsia that was not particularly anti-colonial. They had more in common with liberal black reformists. Be that as it may, they were the ones to facilitate the rendezvous between communist African-American Claude McKay and a young student named Leopold Senghor. At the time, the young Senghor was a co-founder of the negritude school of poetry, adamantly anti-assimilationist and aggressively anti-colonial. Decades later, he would become the first president of Senegal. Had he not been introduced to the poetry of anti-racist African-Americans in the Nardal Salon, he may not have gone on to do what he did (or to inspire black French anti-colonial poetry).

We can see among the black intelligentsia in interwar France the contradictions of colonialism collapsing in on themselves. The technologies of colonialism had come together in curious ways: education system, print media, business acumen. All of these were used by a new black “assimilated” intelligentsia, who might come from the French Antilles, or West Africa, and find themselves in the same salons, or writing in the same periodicals, engaging in a similar culture as a middle-class Parisian literary elite.

They often explored themes of a different nature: exile, questions directed against the education system, the history of Africa, and the significance of their own blackness. It was how they rebelled. “I feel ridiculous, in their shoes, in their tux,” was how the negritude poet Leon Damas put it, “a killer with them, my hands frightful red.”

One might describe these “café-friendships,” as the historian W. Schott Haine labels them, among those blacks who were expected to uphold colonialism, as a glitch. The glitch hit France first, likely between 1870 and 1914. Drinking establishments proliferated: 30,000 in 1909 Paris, compared to London’s meagre 5,860. And although these establishments were supposed to forge small, bourgeois public spheres, they became nodes where networks of anarchists, syndicalists, socialists, and even anti-colonial intellectuals met instead.

Police monitored the cafés closely, especially since Napoleon III took reign, in 1851, labelling them sites of sedition. It wasn’t just, however, the networks forged within these cafés. Rather it was that they acted as transient spaces, places where speeches, newspapers, and reviews would circulate and proliferate.

In the inter-war period, from Harlem to Paris and all the way to the Caribbean, cafés like those owned by the Nardal sisters served as the nodes that upheld a new “black international” (just as they facilitated the creation of a “workers international” in the nineteenth century). The political scientist Benedict Anderson, in his book Imagined Communities, argues that the emergence of “nationalism”—anti-colonial and otherwise—finds its origins in print capitalism. A people can only imagine themselves in communion with one another with the proliferation of print media, and it is the nationalist intelligentsia who brings the “nation” into being.

It was people in exile who consumed black internationalism (though some of them later went on to produce it). Nineteenth- and twentieth-century nationalisms were often the byproduct of what Anderson calls “the resolution of hybridity.” As he put it:

…if one migrated from a village in the delta of the Ganges and went to schools in Calcutta, Delhi, and perhaps Cambridge; if one bore the indelible contaminations of English and Bengali; if one was destined to be cremated in Bombay, where was one intelligibly to be home?

Home would often still correspond with demarcated colonial boundaries, but it would be “independent” for those who were in exile. And it would be in exile where independence would become the political program. The “mother colony” would be detested first. This was the pattern of those anti-colonial leaders who first got radicalized in metropolitan cities like London, New York, and Paris. Exile, alienation, political radicalization—in that order.

We’ve explored the unintended consequences of the colonial education system, the failures of assimilation, the corresponding creation of exiled black intellectuals, and the café friendships and periodicals that played a role in forging a new black international. But two more ingredients were central: the telegraph and the steamship. The telegraph provided the means of communication between an African-American in Harlem and an Antillean in Paris. The steamship allowed them to meet each other, in the café or the radical conference.

There were geopolitical events as well: the First World War, the Second, the emergence of the Soviet Union. All of these had their role in shaping the intellectual milieu of the first rabble-rousers to demand an independent Africa—or an independent communist state for blacks in the U.S South. In many ways, this feeling of a transnational “blackness” often overrode the competing political trends inspired by these geopolitical events.

There is a very famous Monty Python sketch parodying the divisions of the Left. A man asks if a group of four people are the “Judean People’s Front,” and they respond angrily that they are the “People’s Front of Judea.” This was the state of the early twentieth century Left, one where you would find it difficult to bring a Stalinist and Trotskyist together in the same room.

That wasn’t, however, the case for George Padmore and CLR James, two key leaders in the struggle for anti-colonialism. They became the mentors of Jomo Kenyatta, Kwame Nkrumah, and other militant students who pushed for independence. Padmore and James took non-dogmatic approaches to teaching: many of their protegés were as suspicious of Marxism as they were indebted to their Marxist teachers.

But that’s because, for them, ultimately, their commitment to the anti-colonial African cause (they themselves were from the Caribbean) provided a ground of unity. When they met, James reflected that he was, “already a Trotskyist and George was connected with Moscow,” but “we understood that we were concerned with the African movement, I felt that I could be a Marxist, a Trotskyist and also be completely devoted to the African colonial movement. So we never quarrelled.”

It was in 1945, that James and Padmore, along with W.E.B. Du Bois, would bring together Nkrumah, Kenyatta, and other young black leaders in the fifth Pan-African Congress in Manchester. Twenty years later, Kenyatta had declared Kenyan independence, and Nkrumah had become the first president of Ghana. Senghor, the first president of Senegal, was radicalized by reading the poetry of African Americans. Kwame Nkrumah and Kenyatta were indebted to two Caribbean teachers, who in turn were childhood friends from the small British colony of Trinidad and Tobago. These relationships breathed life into the black international movement. 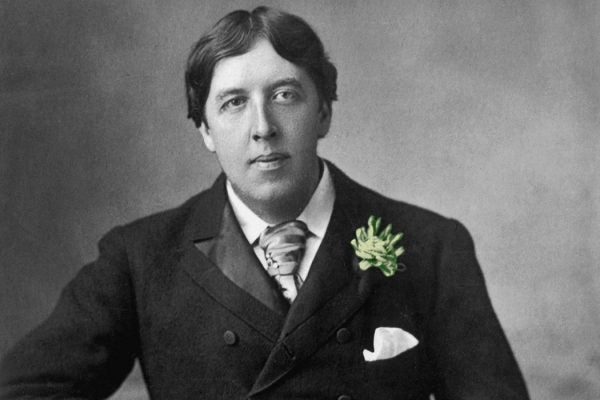