On January 3, 1966, 513 delegates representing 83 groups from countries across Latin America, Asia, and Africa gathered in Havana, Cuba for the first Tricontinental Conference. The meeting was organized by Moroccan politician Mehdi Ben Barka who was killed in 1965 before the conference took place. In attendance were two anti-imperialist and anti-capitalist groups, the Non-Aligned Movement—an organization of countries not associated with any power blocs—and the Afro-Asian People’s Solidarity Organization, which promoted unity between countries formally under imperialism. By the end of the conference the two had joined to form the Organization of Solidarity with the Peoples of Africa, Asia, and Latin America, more commonly known in Spanish as Organización de Solidaridad con los Pueblos de Asia, África y América Latina (OSPAAAL).

A report prepared for the Special Subcommittee to Investigate the Administration of the Internal Security Act and Other Internal Security Laws—also known as the United States Senate Subcommittee on Internal Security—labeled the Tricontinental Conference as “the most powerful gathering of pro-Communist, anti-American forces in the history of the Western Hemisphere.” The event featured speeches by enemies of the United States during the Cold War, including delegates from the Soviet Union, who were invited to the conference by Cuba’s Prime Minister Fidel Castro himself. Sharof Rashidov, a delegate from the Soviet Union, declared that the Soviet Union would give assistance to countries at the Tricontinental Conference and that the Soviets “resolutely condemn the aggression of the U.S.A. against the Vietnamese people and express their solidarity with the heroic struggle against the modern barbarians.”

In Castro’s speech, the text of which was included in the U.S. Senate’s report, Castro claimed that the Tricontinental Conference itself was a sign that countries can rise above the powers of imperialism.

“This Conference has created an organ tricontinental in nature; that … has arrived at accords which include the most heartfelt yearnings of the peoples who fight for their liberation; …a committee to aid the liberation movements has been created.”

After the conference, OSPAAAL launched a carefully crafted propaganda campaign that consisted of films, its Tricontinental magazine, and many well-known posters designed to spread the organization’s anti-capitalist and anti-American imperialism message around the world. (You can see a bunch of the posters on JSTOR in the Lindsay Webster Collection of Cuban Posters on JSTOR.)

As media studies scholar Jonathan Buchsbaum explains in the Canadian Journal of Film Studies filmmakers from the Tricontinental made films “articulating links between anti-imperialism and neo-colonialism.” The films, such as Lucía by Humberto Solás and Memories of Underdevelopment by Tomás Gutiérrez Alea, were distributed in Canada and the United States during the 1960s and 1970s, and formed a core part of the Third Cinema film movement in the United States. Their release coincided with a period when an anti-war movement was brewing among American Leftists and inspired filmmakers in the United States like Cinda Firestone and Haile Gerimac, who moved to the U.S. from Ethiopia to attend university, to join filmmakers’ from the Global South in creating anti-imperialist films. American-made films such as Attica and Bush Mama were among these. At first the U.S. Justice Department singled out and attempted to censor Cuban anti-American imperialist films by labeling them as “foreign propaganda,” but they eventually dropped the campaign after hundreds of organizations, including the Center for Interracial books, sent letters to the U.S. Attorney General criticizing the department’s decision.

Of the many countries that were part of OPSAAAL, Cuba had perhaps the largest influence on propaganda distribution. Cuban Prime Minister Castro used the Tricontinental quarterly magazine to disseminate his messages throughout the world. For example, the cover of the May 1996 edition of the magazine criticizes the Helms-Burton Act—which strengthened the U.S. embargo against Cuba—and announces that there’s a “message from Fidel to OSPAAAL” within the magazine. At its peak, the multilingual Tricontinental magazine, which was printed from 1967 to 1990 and then from 1995 until 2015 when it began to digitally publish articles, had over 100,000 subscribers across 87 countries, including the United States.

In fact, the multilingual distribution of OSPAAAL’s messaging was a key part of their strategy in building a global solidarity movement. The Tricontinental magazine and official posters developed by the organization often contained text in Spanish, French, Arabic, and English. One of these posters titled “Day of World Solidarity within the Struggle of the People of South Africa” represents the destruction of apartheid by depicting a person being pulled apart until another figure, drawn in black, arrives with a gun. This image could be seen as a direct visual metaphor for the way a global Black diaspora might come to the defense of Black South Africans. While the universality of this poster could be seen through the use of four languages, the illustrations themselves also sent a message—destroy oppressive systems—that could inspire people across the Tricontinental.

According to an article by Lucy Fleming on BBC News, these posters, which were mainly designed and printed in Cuba, helped fuel African countries’ fight against neo-colonialism in the second half of the twentieth century. The House of Illustration in London was one of the many places that have hosted exhibitions of OSPAAAL’s posters; its “Designed in Cuba: Cold War Graphics” ran from Sept. 2019 to January 2020. The exhibit’s curator Olivia Ahmed told the BBC that “these really direct visual metaphors like the Mozambique’ design of a dagger plunging through a hand” were both creative and inspiring. Ahmed also commented that the “pop art influences” in the posters give the impression that they are honoring Tricontinentalists’ fight “in a genuinely celebratory way—rather than having a sort of like lumpen socialist-realist aesthetic.” Given that there were 150 delegates from African countries at the Tricontinental Conference, their concerns were likely reflected in the art created for countries in their continent.

OSPAAAL also created posters for oppressed groups of people who could not attend the conference, including Palestinians. These posters were initially distributed to people who received the Tricontinental magazine. OSPAAAL made posters on behalf of and support the Black Panther Party (BPP), which, like OSPAAAL, the U.S. government viewed as a threat. In 1968, two years after the BPP was founded. OSPAAAL distributed a poster with the text “Black Power” in English on top of an illustration of a black panther, and with the text at the bottom, that read “Retaliation to Crime: Revolutionary Violence.” Similar to their posters for African countries, posters like this one encouraged oppressed Black Americans to lead a revolt against their neo-colonialist government in the United States.

While many of the OSPAAAL posters were dedicated to the struggles of oppressed people throughout the world, this 1968 poster focused on the unity between Tricontinentalists who wanted to radically change the imperialist influence specifically in the Global South. The juxtaposition of OSPAAAL’s motto “This great humanity said: enough,” with a gun next to a globe conveyed the message that violence was necessary to overthrow imperialist, capitalist world powers like the United States. Moreover, as dismantling American imperialism was a resolution of the Tricontinental Conference, Cuba created posters which characterized its leaders as predators. This 1971 poster features an image of former U.S. President Richard Nixon as a bird of prey “tearing the heart out of Indochina.”

The support that Tricontinentalists expressed for the BPP extended to all Black Americans who were living with the legacy of slavery and the recently overruled Jim Crow laws. Anne Garland Mahler explains in the Latin American Research Review that Tricontinentalists believed that Black Americans “were subject to the very same oppression that they were” and were “fighting within the belly of the beast of the imperialist United States.” Nevertheless while OSPAAAL was supportive of justice for Black Americans, they criticized the Civil Rights movement for not centering more of their fight around dismantling American imperialism. In the 1967 Tricontinental article “Black Power: US Version of Struggle against Colonial- ism,” writers asserted in a statement that the goals of the Civil Rights movement fell short:

“Those masses who are discriminated against already understand that their problems do not revolve around the right to eat in certain cafeterias, the right to vote or the right to send their children to certain schools. The question goes much deeper. The radical Negro vanguard is becoming aware that their fight is a part of the independence movement of the colonized peoples and that their enemy is Yankee imperialism.”

Before OSPAAAL formed, Cuba had already started aligning themselves with Black Americans. According to John A. Gronbeck-Tedesco in the Journal of Latin American Studies, Cuba’s anti-racist stance had already attracted Black Civil Rights leaders and writers like Robert F. Williams, Julian Mayfield, Harold Cruse, Amiri Baraka and Mae Mallory, who visited the island with the Fair Play for Cuba Committee in 1960. Gronbeck-Tedesco argues that for Black Americans “Cuba became the political embodiment of a new anti-racist vision; many were eager to see whether revolution could rid a society of segregation and economic disparity.”

OSPAAAL closed during the summer of 2019, and despite the controversy that the organization inspired when it was founded in the 1960s, its closure barely sparked any news coverage. The impact of OSPAAAL can be seen in the success and failures of resolutions from the Tricontinental conference and other stated goals. Mahler explained in her book From the Tricontinental to the Global South: Race, Radicalism, and Transnational Solidarity that “with Cuba’s role in the defeat of apartheid in South Africa, Tricontinentalism achieved perhaps its most profound and lasting impact” (p. 179). In contrast, a major blow to the organization’s legacy was failing to meet one of their other resolutions: helping Puerto Rico receive independence from the United States.

One explanation why the dissolution of OSPAAAL did not receive much attention is that other international solidarity movements and groups have surpassed both the reach and impact OSPAAAL had. The Black Lives Matter (BLM) Global Network, for example, which started in 2013, shares some common values with OSPAAAL and has led protests in over 4,000 cities around the world since the death of George Floyd. According to a statement on its website, BLM’s mission is to create a world “where every Black person has the social, economic, and political power to thrive.” While OSPAAAL did not adopt confronting anti-Blackness as one of its resolutions, its anti-capitalist and anti-imperialist stance did attempt to remove barriers that Tricontinentialists, including Black Americans, faced.

In the 1960s, OSPAAAL set the groundwork for what global solidarity in fighting against neocolonial and capitalist structures could look like. The organization’s legacy as a movement, just based on its motto, “This great humanity has said: enough! And has started to move forward,” could be seen as a triumph. While OSPAAAL was not able to accomplish all of its resolutions made at the Tricontinental Conference, issues that it cared about, like support for the independence of Puerto Rico and rising criticism of American policies, remain in motion. 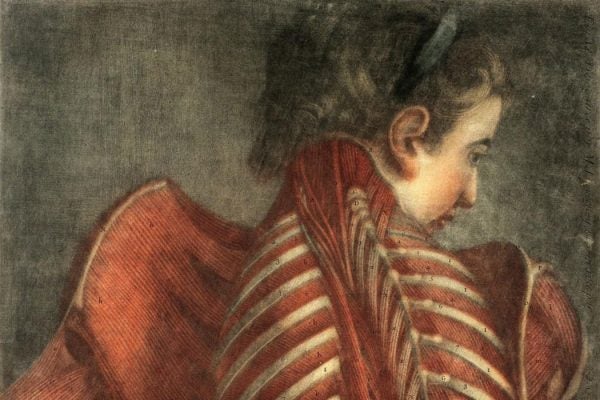