Today, photography is commonly accepted as a fine art. But through much of the 19th century, it was an art world outcast.

Today, photography is commonly accepted as a fine art. But through much of the 19th century, photography was not merely a second class citizen in the art world—it was an outcast.

Photography was invented in the 1820s and though it remained a fledgling technology in the few decades thereafter, many artists and art critics still saw it as a threat, as the artist Henrietta Clopath voiced in a 1901 issue of Brush and Pencil:

The fear has sometimes been expressed that photography would in time entirely supersede the art of painting. Some people seem to think that when the process of taking photographs in colors has been perfected and made common enough, the painter will have nothing more to do.

London’s Victoria & Albert Museum became the first museum to ever hold a photography exhibition in 1858, but it took museums in the United States a while to come around. The Museum of Fine Arts, Boston, one of the first American institutions to collect photographs, didn’t do so until 1924.

When critics weren’t wringing their hands about photography, they were deriding it. They saw photography merely as a thoughtless mechanism for replication, one that lacked, “that refined feeling and sentiment which animate the productions of a man of genius,” as one expressed in an 1855 issue of The Crayon. As long as “invention and feeling constitute essential qualities in a work of Art,” the writer argued, “Photography can never assume a higher rank than engraving.”

Photography couldn’t qualify as an art in its own right, the explanation went, because it lacked “something beyond mere mechanism at the bottom of it.”

At best, critics viewed photography as a useful tool for painters to record scenes that they may later more artfully render with their brushes. “Much may be learned about drawing by reference to a good photograph, that even a man of quick natural perceptions would be slow to learn without such help,” wrote one in an 1865 issue of The New Path. But the writer’s appreciation ended there. Photography couldn’t qualify as an art in its own right, the explanation went, because it lacked “something beyond mere mechanism at the bottom of it.”

Some, like landscape photographer John Moran, however, fought back against this idea. “This refusal to rank Photography among the fine arts, I consider, is in a measure unfounded, its aim and end being one in common with art. It speaks the same language, and addresses itself to the same sentiments,” he wrote in a March 1865 issue of The Philadelphia Photographer. While he could not entirely escape the stigmas of his time—he declared photography could never “claim the homage of the higher forms of art” because “in the actual production of the work, the artist ceases and the laws of nature take his place”—he articulated an important argument for photography as a form of creative expression:

The exercises of the artistic faculties are undoubtedly necessary in the production of pictures from nature, for any given scene offers so many different points of view; but if there is not the perceiving mind to note and feel the relative degrees of importance in the various aspects which nature presents, nothing worthy the name of pictures can be produced. It is this knowledge, or art of seeing, which gives value and importance to the works of certain photographers over all others.

Moran’s central contention, that “there are hundreds who make, chemically, faultless photographs, but few make pictures” remains true today. Few are making photos with chemicals anymore, but billions make legible photographs with the click of a button. Still, as was the case 150 years ago, the art is in the eye, not the device. 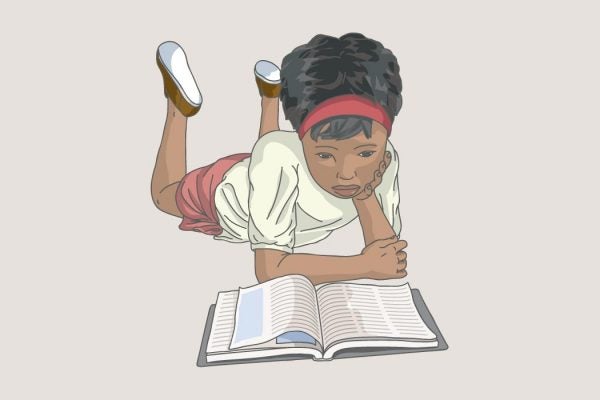 #1000BlackGirlBooks and the Importance of Diversity in Children’s Literature

The importance of diversity in children's literature, especially for young children of color.