In the early-to-mid 20th century, foster children in Canada and elsewhere were placed in practice homes and cared for by home economics students. 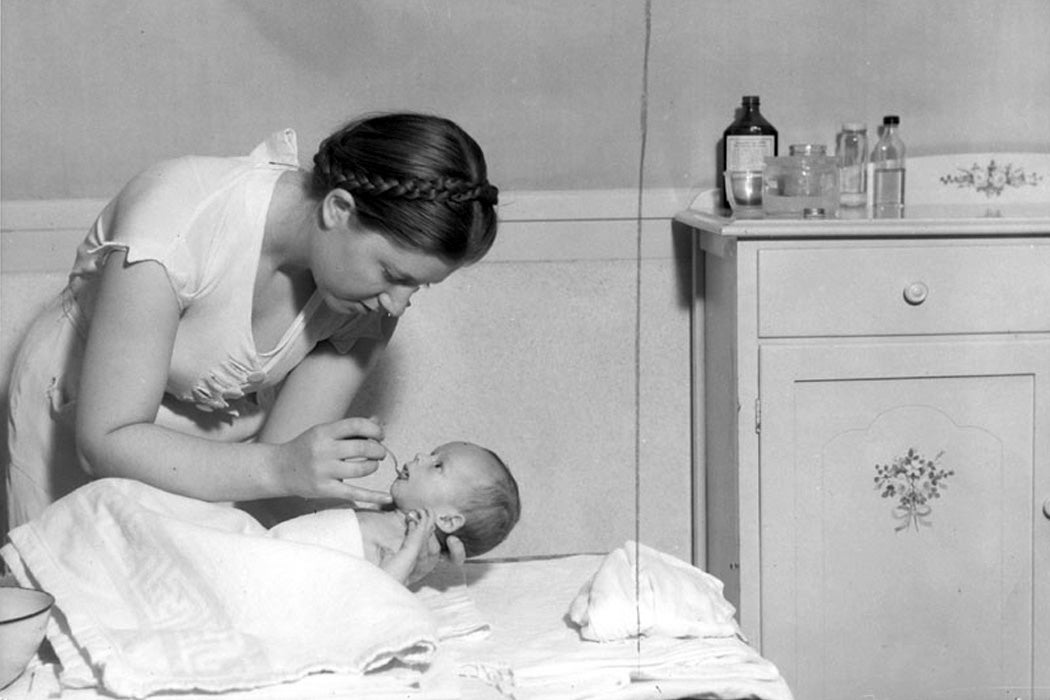 If you studied home economics in the early twentieth century, you may have brushed up on how to use the most modern kitchen appliance or learned about the most economical way of feeding your family. You also may have played with, burped, and changed a real, live baby—one borrowed from social services and put to work as a living workshop in how to raise a child. Anthropologist Jessaca B. Leinaweaver delves into the forgotten practice of “borrowed” home ec babies, and what they reveal about gender and women’s struggle to have their work validated.

Beginning in the 1930s, children from social services lived on the university campus. The babies lived in furnished “houses” and were cared for by household management students and teachers who bathed, fed, and changed them using the most up-to-date wisdom on childrearing. The setup was common at land grant colleges throughout the early twentieth century, although Leinaweaver focuses on the University of Manitoba’s use of “practice babies.”

By practicing with “real, live babies,” home economists emphasized the need to receive careful training before raising a child.

It was a pivotal time for home economics, which had recently gone from an obscure discipline to a respected one. The field was a way for women not just to show off their academic chops, but to elevate homemaking to a science. “Simultaneously with the rise of home economics as a discipline,” Leinaweaver writes “child rearing came to be seen as something that was the dominion of experts: what feminist scholars have titled ‘scientific motherhood’.”

At first, most scientific childrearing experts were male. Leinaweaver sees the University of Manitoba’s home economists and their practice babies as part of an attempt to bring women into that realm. It was a short battle, one which males like Benjamin Spock would ultimately win. But for about ten years, home economists and their practice babies did their best to become part of the conversation.

By practicing with “real, live babies,” home economists emphasized the need to receive careful training before raising a child. That, in turn, bolstered their insistence that home economics was a real field and that homemaking was worth studying.

The women of the University of Manitoba may have been trying to take over scientific territory traditionally occupied by men. But Leinaweaver notes that news accounts of the students’ work with babies emphasized their femininity. In articles about the school, the home economist and their students—all female—were portrayed as male babies’ doting servants.

The babies were thought to benefit. “This, for them, was seen as a fine opportunity,” writes Leinaweaver. Children who lived at the home ec house were regarded as “more adoptable,” as if their stint at a scientific university had bolstered their class position and taken away the stigma of their roots.

In a time before modern attachment theory, many thought that these babies were better cared for by a revolving group of students and teachers. Today, that concept has been turned on its head. But, argues Leinaweaver the practice of practice babies is a chance to consider an alternative—the power of collectives of women and nontraditional family configurations. Baby borrowing may seem disconcerting now, but it’s a window into gendered practices of the past and alternative potentials for childrearing.