Flora Rose and Martha Van Rensselaer lived in an open and acknowledged lesbian relationship. They also helped found the field of home economics. 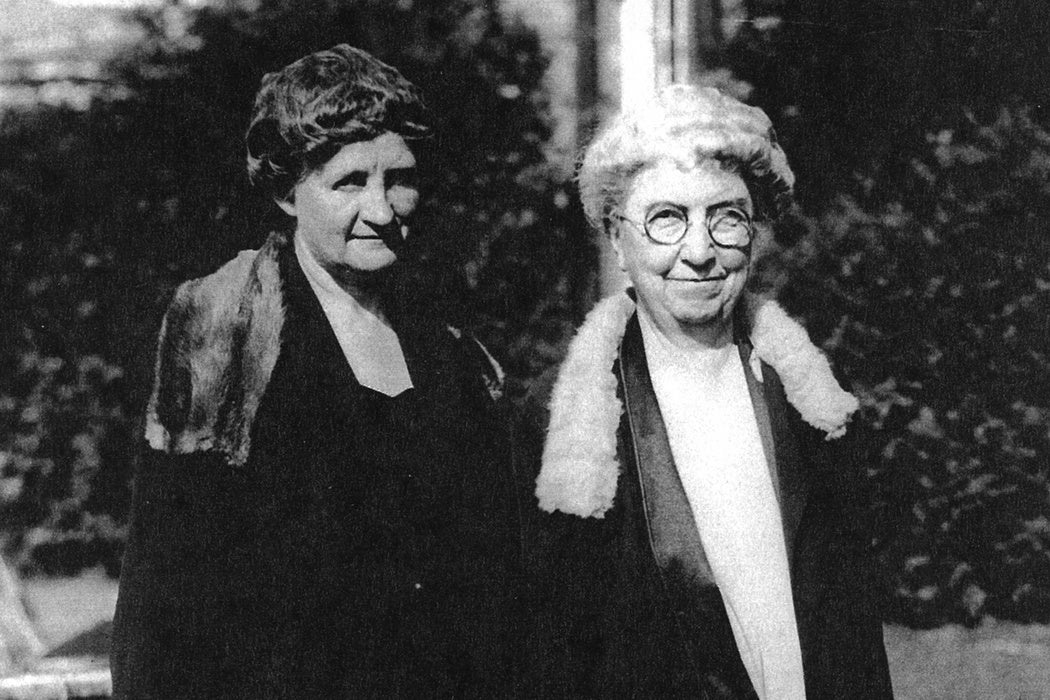 Martha Van Rensselaer and Flora Rose at a meeting of the League of Women Voters at the home of Eleanor Roosevelt in Hyde Park in the 1920s
via Wikimedia Commons
By: Erin Blakemore
3 minutes
Share Tweet Email Print

When you imagine lesbianism during the early twentieth century, it’s easy to envision closeted relationships and whispered conversations. But examples from the past challenge those stereotypes. Take Flora Rose and Martha Van Rensselaer—not only did they live in an open and acknowledged lesbian relationship, writes Megan Elias, but they helped found the field of home economics, a subject not always associated with same-sex love.

Rose and Van Rensselaer’s relationship was so well-known, writes Elias, that they were often referred to as “Miss Van Rose.” During a partnership that spanned nearly a quarter-century, they helped define domesticity while living out a seemingly unorthodox domestic story of their own.

At the turn of the century, home economics wasn’t the province of high-school girls or 1950s housewives. Rather, it was a budding discipline that embodied the Progressive ideals of some of the first women to become professional academics. Van Renssealer helped create the concept of home ec, developing courses in domestic life that she furthered as a real science. Assisted by Rose, she advocated for domestic science courses throughout the nation, emphasizing the importance of the work women did at home. The relationship of Rose and Van Rensselaer came to embody those ideals.

Both women may have chosen their partnership in part because of the opportunities it afforded.

Though neither woman referred to themselves as “lesbians”—the term wasn’t commonly used then—their same-sex relationship was undoubtedly romantic. As graduates of women’s colleges, both women would have come of age in an environment that encouraged strong, often romantic same-sex bonds and the “Boston marriages” that sometimes developed as a result.

In its infancy, home economics was a sex-segregated world within the university—a place where women like Miss Van Rose could exert authority and find the support of their peers. They appear to have based their ideals for heterosexual home life on their own cozy domestic arrangements—a nurturing, tidy household in which home-based work was not drudgery. In turn, they embodied and encouraged an ideal of companionate marriage that was not necessarily contingent on a woman giving birth or being sexually subservient.

Both women may have chosen their partnership in part because of the opportunities it afforded—freedom to choose one’s occupation and no fear of being forced to leave the workforce after giving birth. But Rose and Van Rensselaer also shared an abiding intimacy, one that was recognized and celebrated by their peers.

Home economics departments of the day often implemented “practice houses” where women could rehearse their future home. These same-sex “houses” didn’t have women acting as husbands—rather, they had women trying out equal relationships with other women. But for Van Rensselaer and Rose, no practice was needed. They simply lived their ideal every day.

These days, it’s all too easy to forget that women of other times had different perspectives on their sexual and emotional lives than we do now, and to ascribe emotions or prejudices to people of the past they did not in fact feel. We may never fully understand the inner worlds of Miss Van Rose, but we can acknowledge those questions and recognize the surprising influence these women have on our lives now. 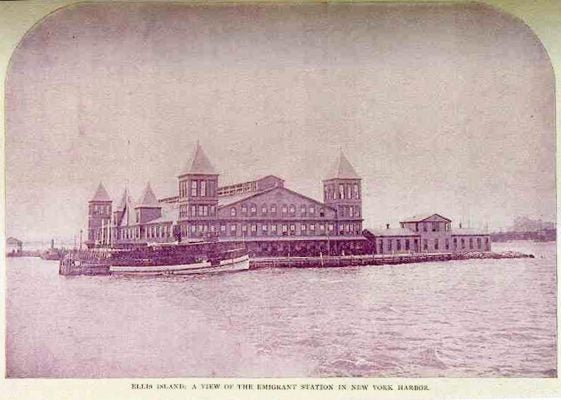 The Curious History of Ellis Island

Ellis Island celebrates its 125th anniversary as the federal immigration depot. From 1892-1954, more than 12 million immigrants passed through the island.