Carnegie Hall recently released the Timeline of African American Music, an interactive project led by ethnomusicologist Portia K. Maultsby. The timeline reveals “the unique characteristics of each genre and style, from the earliest folk traditions to present-day popular music.” Spanning the musical histories and movements from the 1600s to today, the project reveals the incredible influence of African American music and its use in social movements throughout the years. The timeline also reveals the links between genres, showing how each unfolded into another—gospel finding soul finding rock finding jazz finding electronic—each creating a link across time and sound.

Tony Bolden is a professor of African and African American Studies at the University of Kansas with a particular focus on Black literature and music. His consideration of the spiritual metaphysics that gave rise to Afrofuturism leads off the Timeline’s collection of extensive essays. As he noted in a 2003 piece for The Crisis magazine, “Though African Americans have played central roles in the construction of American popular culture, Blacks’ contributions have been largely ignored.” The invisibility—indeed, the erasure of—Black musicians and music in histories of American music underscores the importance of the Timeline and the scholarship underpinning it.

To Quote a Black Prince or: Miles Davis V.S.O.P.

Kalamu’s Blues: Decolonizing the Mind in “My Story, My Song

All the Birds Sing Bass: The Revolutionary Blues of Jayne Cortez 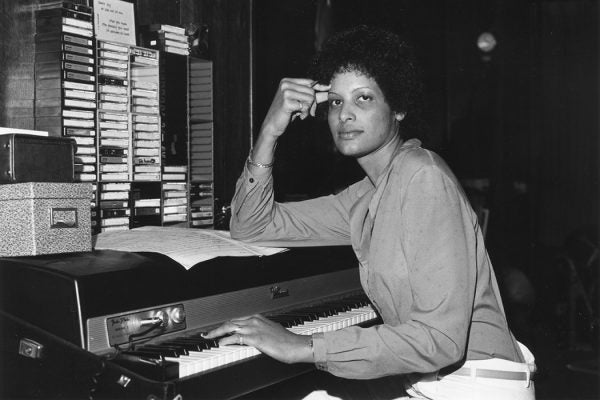