The Prince of Quacks (and How He Captivated London)

James Graham, founder of the Temple of Health, benefitted from his undeniable flair for showmanship and his talent for leaping on trends. 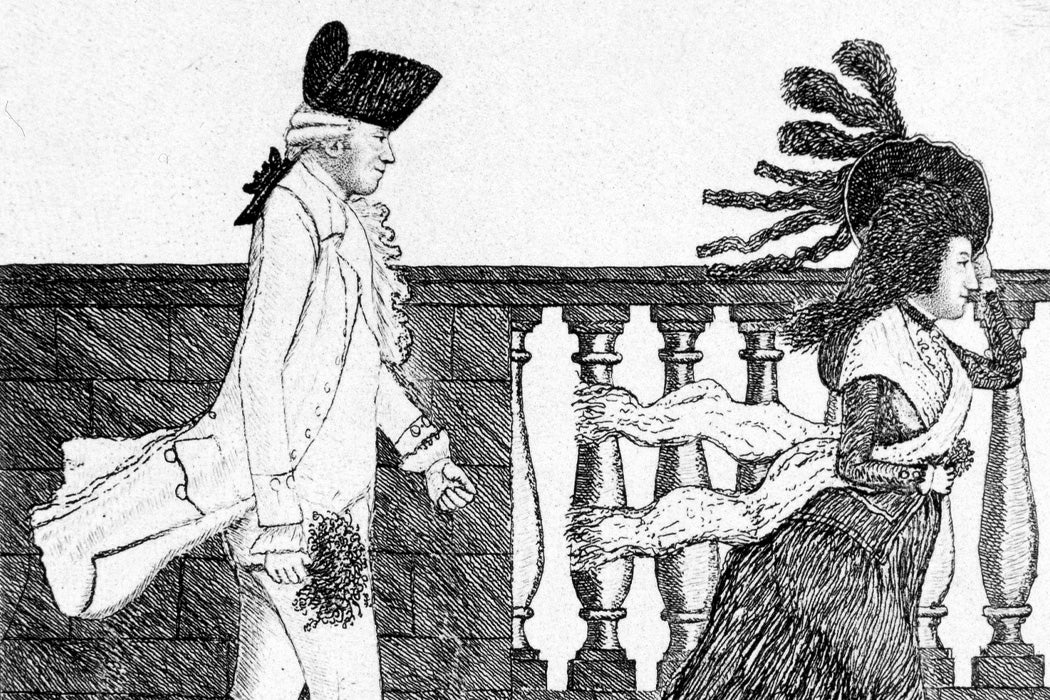 Let me set the scene: In late eighteenth-century England, ladies and gentlemen flocked to exhibitions of solar microscopes. The miniature world of mites and polyps was blown up and cast on the wall like a magic lantern show. The ladies and gents might have witnessed Sir William Hamilton’s Vesuvian Apparatus, with its simulated flowing lava and drumbeat explosions.

It was the age of scientific entertainment, the rationalist ideals of the Enlightenment colliding with the passion of the Romantic spirit. These exhibitions demonstrated scientific control of nature at the same time that they overawed their viewers with the sublime grandeur of natural forces at play.

Electricity, newly harnessed, was “the youngest daughter of the sciences.” High society aristocrats held electrical soirées in which they shocked one another with electrified kisses. They marveled at green and blue luminescence swirling in aurora flasks. King Louis XV even employed a court electrician, Jean Abbe Nollet, who devised spectacular electrical experiments for the entertainment of the court. On one occasion, the electrician lined up a row of several hundred monks and ran a current through them, sending them all leaping up into the air at the same moment. To the witnesses of these spectacles, electricity was something almost miraculous, an “ethereal fire” that connected the roars and flashes of the heavens to the inner workings of the human body.

Handsome and dapper, Graham benefitted from his undeniable flair for showmanship and his talent for leaping on trends.

Enter James Graham, a man who the British Medical Journal described as “one of the vilest imposters in the history of quackery.” Handsome and dapper, Graham benefitted from his undeniable flair for showmanship and his talent for leaping on trends. In 1780, he opened his “Temple of Health,” a medical establishment on the fashionable Pall Mall street in London. It was a lavish home for Graham’s much-touted “medico-electrical apparatus,” which he proudly proclaimed the “largest, most stupendous, most useful, and most magnificent, that now is, or ever was, in the World.”

The entrance hall to the Temple was scattered with discarded walking sticks, ear trumpets, eyeglasses, and crutches, supposedly cast away in fits of exuberant health by the beneficiaries of Graham’s cures. Perfume and music, played by a band concealed under the stairs, wafted on the air. Guests were paraded past one electrical marvel after another: flint glass jars blazing with captive sparks, gilded dragons breathing electrical fire, a gilded throne on which Graham’s patients sat to receive their curative shocks. Among the jars and columns Emma Hart (later to become famous as Lord Nelson’s mistress) posed in gauzy Grecian robes as Hebe, the Goddess of Youth.

Some came to be treated, some simply to gawp. Many came to hear Graham’s lectures, which were famously titillating. At the end of each lecture, the guests were shocked (literally) by conductors concealed in their seats. Then, a gigantic, gaunt “spirit” would emerge from a hidden trapdoor, bearing a bottle of “aetherial balsam” to be distributed to the guests.

The most infamous feature of the Temple of Health was Graham’s Celestial Bed. Borne up on forty pillars of colored glass, perfumed with flowers and spices, and humming with vivifying electricity, the bed (according to Graham) guaranteed conception. “Any gentleman and his lady desirous of progeny, and wishing to spend an evening in this Celestial apartment… may, by a compliment of a fifty pound bank note be permitted to partake of the heavenly joys it affords,” Graham wrote. “The barren certainly must become fruitful when they are powerfully agitated in the delight.” The bed featured an adjustable frame, so that it could be set at various angles.

With his devices and his medicines, Graham claimed to have “an absolute command over the health, functions and diseases of the human body.” He confidently predicted that he would live to at least 150, healthy all the while. The English poet laureate Robert Southey, who met James Graham, described him as “half knave, half enthusiast.” That is, he bought into his own hype, but he was a con man all the same.

James Graham may not have been much of a doctor, but he was a master of aesthetics. His Temple of Health was, ultimately, a performance, a stage on which he enacted his cosmic drama: the fire of the heavens, carried down to Earth for the benefit of humankind. His cures may not have worked, per se, but they worked for his audience because they fit precisely into their worldview. Graham wrote that, when confronted with the grandest apartment in his Temple, “words can convey no adequate idea of the astonishment and awful sublimity which seizes the mind of every spectator.” To have lightning coursing through your body may be the most literal possible version of the Romantic encounter with nature’s terror and majesty.

The Temple of Health didn’t last long, however. By 1782, Graham was bankrupt. He was forced to sell off the Temple’s lavish accoutrements, including the Celestial Bed. It didn’t take him long to develop a new angle. By 1790, he was promoting a new theory that the human body could absorb all the nutrients it needed through contact with soil. Thenceforth, he delivered his lectures buried up to the neck in dirt.