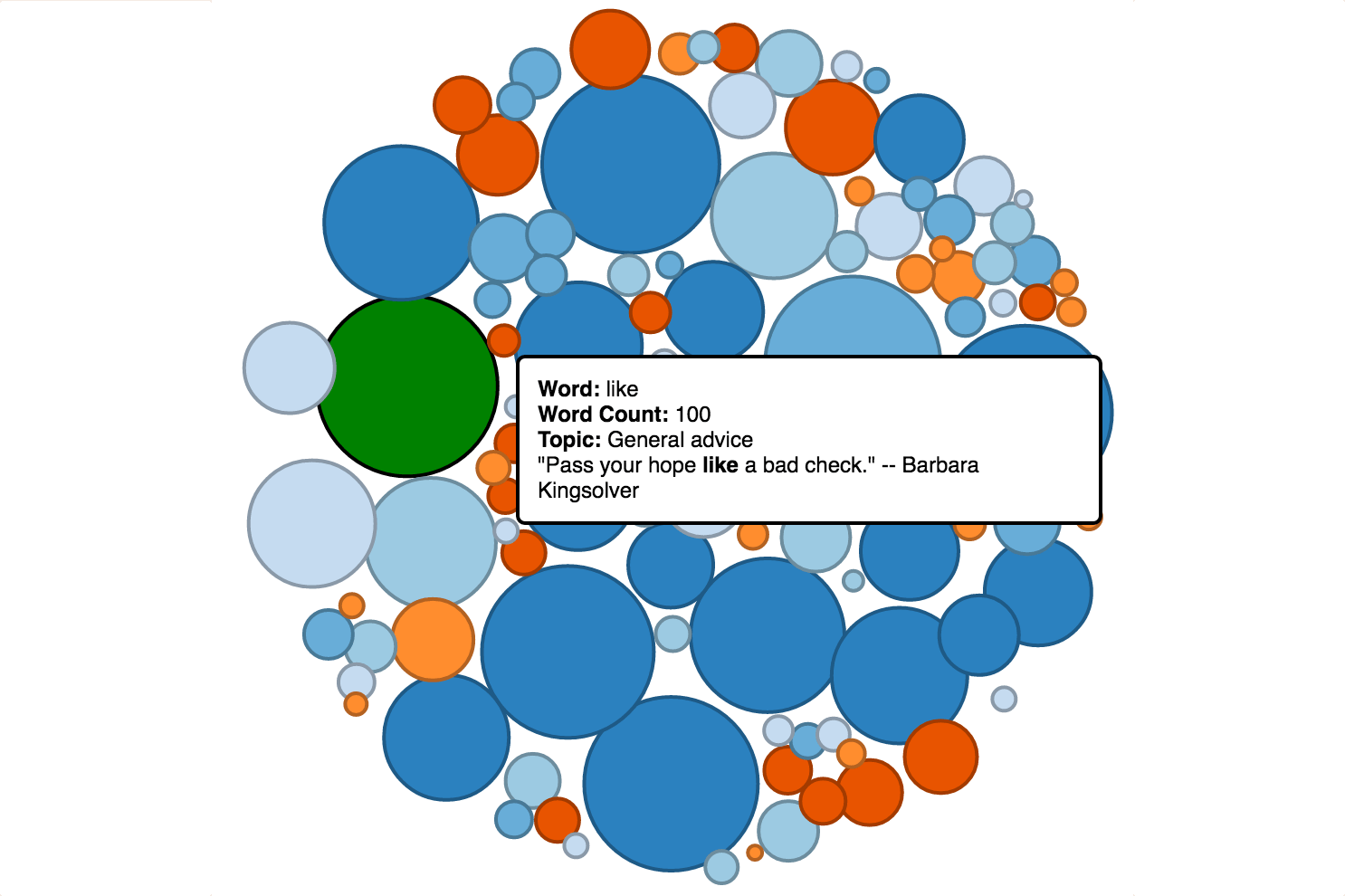 Commencement! Is it really the beginning of the end of “these so-called best years” of your life as Toni Morrison once put it? Commencement (known as graduation in other parts of the world) is a modern rite of passage, marking that moment when fresh-faced graduates, who have spent four mostly blameless years pulling all-nighters, are finally thrust out into the adult world to seek their fortune. But before this happens, they get advice, lots and lots of advice, from those venerable members of society who have come before them.

What makes the words found in commencement speeches so wonderful and life-affirming for so many?

The season of commencement speeches has developed something of a following over the last few decades. Speeches in all their forms are shared and quoted, and not just among nerdy appreciators of the speech genre. Commencement speeches have inspired, motivated and captivated many, for their words of wisdom, words of experience, of failures and successes, funny words, poignant words, words to live and grow by. Just what makes the words found in commencement speeches so wonderful and life-affirming for so many?

Researcher Markella B. Rutherford has a theory. Over the last hundred years, as our sense of individualism has grown and prospered, the idea of moral choice and the public understanding of morality has also become highly individualistic. While this can certainly be celebrated for freeing many from the more restrictive social rules of the past, it also seems to have left a kind of modern malaise, an age of anxiety in its wake. To put it simply, without an “objective” moral authority or rigid social structure, how can we be certain we’re doing the right thing?

In “Authority, Autonomy, and Ambivalence: Moral Choice in Twentieth-Century Commencement Speeches”, Rutherford examines how the rhetoric and language of commencement speeches have gradually developed a more subjective moral emphasis over time, coupled with a sense of unease, reflecting the cultural uncertainties in contemporary society. Rutherford finds the prevailing language is all about personal choice, not just moral choice, but personal, civic, career, spiritual, economic choices—even your choice of attitude and, for that matter, how to make choices. With great freedom, perhaps, comes quite a bit of confusion. Everything is up for debate, which may be a worthwhile road to take, but also a hard one.

If that doesn’t sound like fun, how would you have liked to attend this stirring 1923 commencement speech by R. A. Carter, at the aptly named Paine College?

Some one has well said: “Everywhere and at all times, the men who have had definite convictions upon the great issues, and have courageously chosen righteousness, are the men who have directed the course of nations.” Also, you must have the ability to go the route morally…. You must not think that you can select the Commandments which you will keep and reject those which you do not like. The moral code of mankind, crystallized into the Ten Commandments by Moses, is the result of the reasoned experience of men who lived ages before Moses. Observation and experience convinced thoughtful men long ages ago that it is harmful to the individual, as well as to the community, to lie, to steal, to kill, and to commit adultery…

(History does not record whether R. A. Carter developed a nervous tic from shaking his finger at the audience during the entirety of that speech but the probability is high).

Luckily, these days, commencement speeches are one way people can be inspired, and guided through the mire of daily life, by good (or at the very least famous) people. It’s become a big deal. Commencement was once just marked by simple student speeches. From the 1920s onwards they grew into much larger affairs as it became customary to invite honored keynote speakers. Notable speakers nowadays are not just the usual respectable business, political, and academic types. The stern admonishments of the past have given way to more “touchy-feely” sharing of life experiences, in language that people can relate to. Writers, actors, comedians, talk show hosts and even a few college dropouts now number among those whose speeches are most beloved.

So what do they have to tell us? Do these speakers, from such disparate backgrounds, have anything in common when it comes to giving advice to youth (or the confused at heart)? We decided to take a brief look at some of the most celebrated commencement speeches of the last fifteen years to see just how language is being used to inspire the next generation. Here’s what we found.

A chart of word frequencies by topic from ten major commencement speeches. (Mobile visitors may prefer to open this chart in a new tab.)

(The usual top ten commencement suspects, David Foster Wallace, Barbara Kingsolver, Toni Morrison, Stephen Colbert, Robert Krulwich, Bradley Whitford, J.K. Rowling, George Saunders, Conan O’Brien and Steve Jobs’ speeches participated in this linguistic experiment. As a word of caution, our cozy sample of ten speeches, no matter how inspiring, won’t be able to give us any definitive trends, but they will show us some of their broad commonalities and interesting tendencies).

So it appears the most frequently used words among our notable speakers are the riveting: “like,” “just,” “people,” “life,” “know”—which could almost be a kind of micro poem of general ambivalence. These speeches are like, just about people and life, you know? It so happens that terms that are more functional and less meaningful such as “like,” “don’t,” and “yes” are often discarded during text analysis because they do pop up in ordinary speech a lot, yet don’t really tell us what the text is about. As David Foster Wallace once said,

“There happen to be whole, large parts of adult American life that nobody talks about in commencement speeches. One such part involves boredom, routine, and petty frustration.”

He probably wasn’t referring to boring function words, but a closer look at the linguistic trends in our chosen speeches tells a richer story. Even if seemingly banal words don’t tell us the what, they may tell us the how of how language is being used to motivate an audience.

Anecdotally speaking, our friend R. A. Carter might have said that in his day, strong prohibitions like “you must/you must not” were probably de rigueur for any morally upright commencement speech. In keeping with Rutherford’s findings, in our sample, “mustn’t” appears exactly zero times, while “must” pops up in statements like “you must be your own guide” (Bradley Whitford). In the meantime, the not dissimilar “don’t” crops up in speeches, not to warn or dictate moral behaviors, but to encourage: “Don’t lose faith… don’t settle.” (Toni Morrison).

An interesting trend is “like”, the most frequently occurring word in our sample. It is not, as you might imagine, used by older speechmakers, like, trying to be all cool with the youngsters. However “like” is often used in rhetorically rich similes, perhaps in an effort to get a new generation of listeners to feel, to relate and to understand their past experiences.

“Wisdom is like frequent–flyer miles and scar tissue; if it does accumulate, that happens by accident while you’re trying to do something else.” (Barbara Kingsolver).

Check out the many colorful ways similes are used in a concordance of these commencement speeches expressions.

It’s clear that all of our speakers find them a useful and expressive way to tell stories. A word like “yes” may not tell us much about the specific issues that concern commencement speakers, but they certainly use that word a lot, reflecting the drive towards more positive personal choices.

Though all speeches have specific concerns, whether it be political, environmental or social justice issues, the language that they have in common are all things we grapple with daily. Consider how often these speeches address failure and of course, the ever-present love.

What we found from our little experiment is that commencement speeches seem to have a great deal in common in their language use, despite the strong individualism of their speakers. It’s interesting that, through simple topic modeling, we did find some intriguing subtopics that somewhat aligned through the speakers’ occupations and interests — talk show host comedians such as Conan O’Brien and Stephen Colbert amusingly aligned together, while the literary David Foster Wallace, George Saunders and Toni Morrison banded together into a writers’ club. JK Rowling and Steve Jobs, who both famously had their successes stemming from failure, rose to the top together. Politically and environmentally inclined Bradley Whitford and Barbara Kingsolver aligned together in pushing for community action.


A map of main topics from commencement speeches and how the speakers related to them and each other. Try dragging it around! (Mobile visitors may prefer to open this map in a new tab.)

Failure, success, happiness, regret, kindness, love, freedom, community—these are the words that today’s commencement speakers have in common, and even in these modern times of anxiety, loneliness and ambivalence, they’re not afraid to share.

Credits: Data visualizations are based on the wonderful works of Jim Vallandingham and Mike Bostok. Topic Modeling was hit on the head with a MALLET. CasualConc provided the concordances. 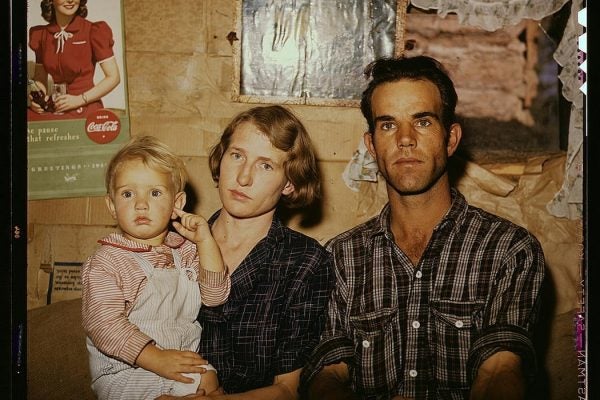