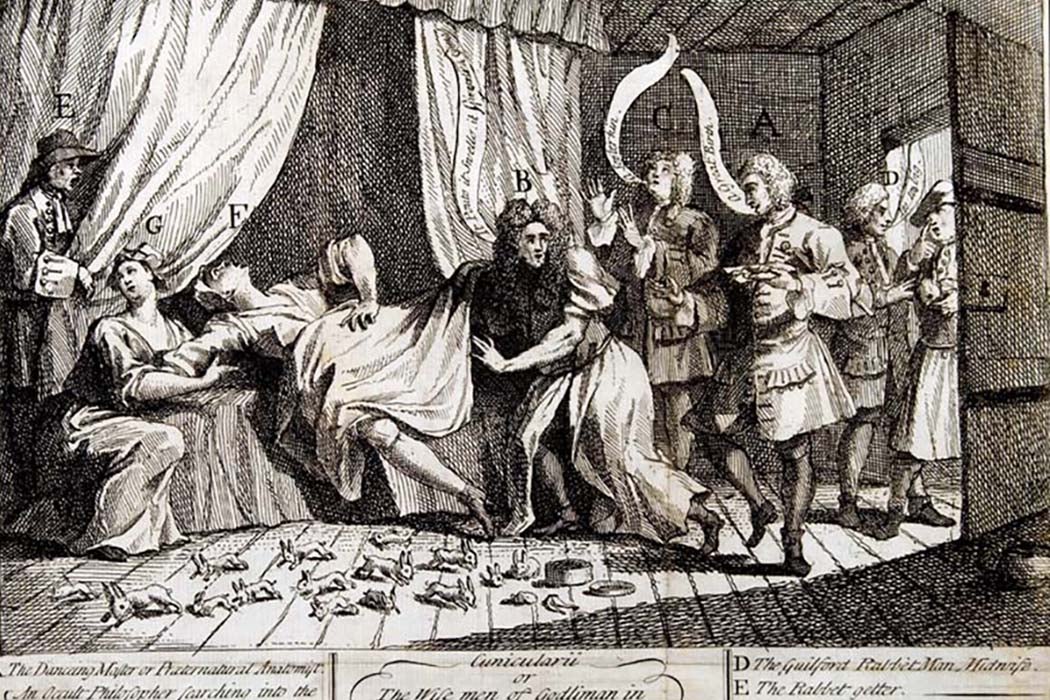 In 1726 in England, a woman named Mary Toft reported an odd condition: She had given birth to rabbits. The physicians who attended on her found that she had issued forth a strange profusion of animal errata: skin from a hog’s bladder, cat claws, and, according to her doctor, the parts of seventeen rabbits. Toft explained that she had been tormented by an uncontrollable hunger for rabbit meat. This desire had taken hold of her womb and materialized into a seemingly endless stream of rabbits.

The story spread quickly across the country. In London, it was reported that consumption of rabbits decreased by two-thirds. Toft herself was attended by two of the king’s royal physicians, and hoped through her notoriety to gain a royal pension.

To modern ears, Mary Toft’s story seems like an obvious hoax. But to the physicians of the day, a woman giving birth to rabbits seemed well within the realm of possibility. Toft’s case quickly became the staging-ground for a medical debate over the nature of fetal development. Some physicians saw in it a perfect confirmation of their theories about childbirth. One such figure was John Maubray, the author of The Female Physician. This book laid out the theory of “maternal impression,” the idea that a mother’s thoughts, obsessions, and fancies could imprint themselves on the form of the unborn child.

This monsterling, called a “Sooterkin,” scurried around the room like a “little Daemon,” seeking a mouse-hole to vanish into.

According to Maubray, a sudden shock could lodge itself in the womb, working strange changes on the fetus within. If a cherry or a pear fell on a pregnant woman, its shape might appear as a birthmark on the child’s skin. A woman’s fixation could mold her baby’s body into the form of her desire, as in the case of the woman who, longing for mussels, allegedly gave birth to a baby that looked like a shellfish. Such was the vast and terrifying power of a woman’s imagination: Any abnormality in the body of a child was the mark of the mother’s wandering mind.

In The Female Physician, Maubray claimed to have attended at the labor of a Dutch woman, in which the child was preceded out of the womb by a shrieking, fiery-eyed, mole-like creature. This monsterling, called a “Sooterkin,” scurried around the room like a “little Daemon,” seeking a mouse-hole to vanish into. According to Margaret Toft, Mary’s sister-in-law, it was this story of the Sooterkin that led them to conceive the rabbit hoax. Maubray was among the physicians who attended Toft, and he too was taken in by the deception that his tale inspired.

Toft’s story began to unravel after a porter was caught smuggling a rabbit into her room. It was quickly discovered that her husband, Joshua Toft, had been up and down the countryside buying rabbits from anyone who would sell them. Once the fraud was discovered, the duped physicians quickly became the laughingstock of the country.

The theory of maternal impression far outlived the hoax, however. As late as 1875, an account appeared in the British Medical Journal describing a two-headed, three-legged baby—according to the doctor, it looked like two men clasped together wrestling. When the baby appeared, the mother exclaimed, “I thought it would not be all right; for I was frightened, at Limpsfield fair, by two men outside a show, who kept hugging each other closely and posturing. I was frightened by them, but could not keep my eyes off them.” Another account, appearing in 1893, describes a woman whose obsessive longing for apples resulted in the birth of a child with one extra finger, rounded and delicately hanging like an apple on a stalk.

Women were held responsible for distorting their children’s bodies with their uncontrolled longings and fantasies. Mary Toft’s attempt to take advantage of that idea succeeded, but only briefly. There is, however, an interesting story that shows how the theory of maternal impressions passed into folklore. A doctor in the British Medical Journal recorded the story of a woman who, startled by a rat, raised her hand to her neck. Her baby was born with a rat-shaped mark on its neck. “[T]he idea of selecting the place for the mark…,” he writes, “by striking the hand upon some part which is not likely to be seen, is prevalent amongst country people.” In this bizarre way, the pregnant woman is understood to have some small measure of agency. She cannot prevent the blot from appearing, but she can choose, with her hand, where it is stamped. 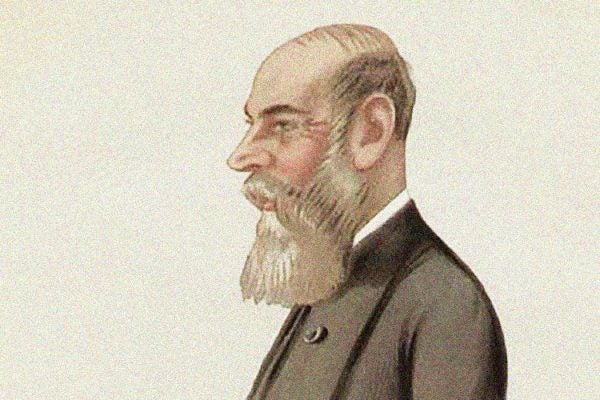 There were boycotts before the word was coined in the 1880s, but ever since then they've always been called after the experience of Captain Charles Boycott.