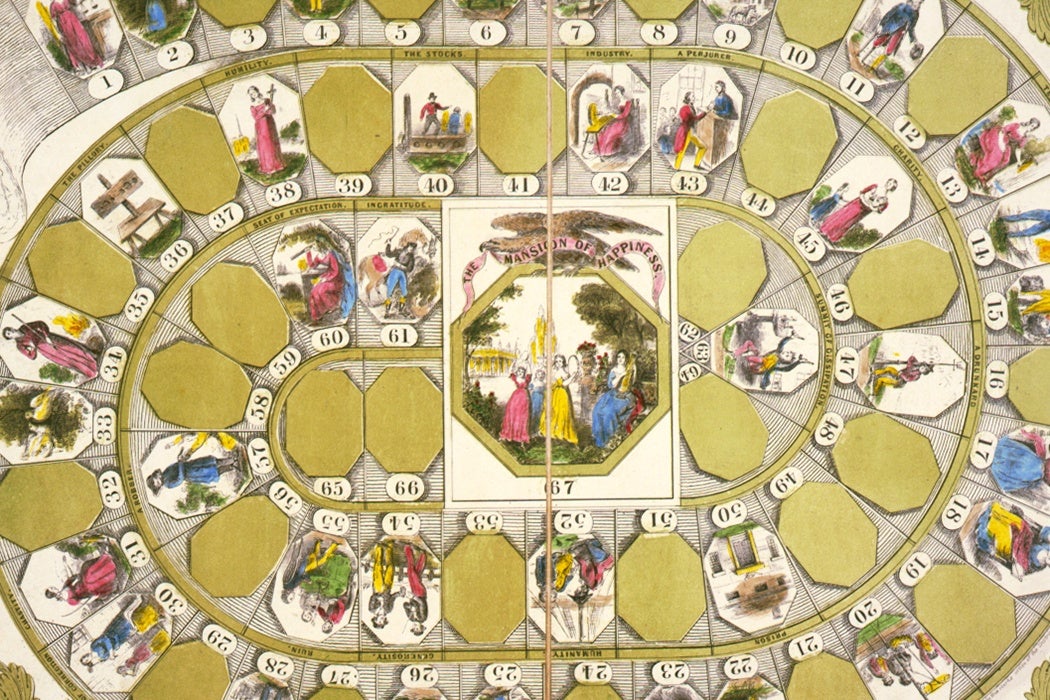 In The Mansion of Happiness, players navigated moral virtues and vices
via Library of Congress
By: Livia Gershon
3 minutes
Share Tweet Email Print

If you follow education fads, you’ve no doubt heard about gamification, in which teachers use the format of a video games with ways to get rewards and rise to higher levels with each accomplishment.

Back in the nineteenth century, a big innovation in passing on lessons to children was the board game. As David Wallace Adams and Victor Edmonds explain, the games kids were offered provides a window into the values parents wanted to teach them.

Up until 1832, if Americans played a board game, it was checkers, chess, or another traditional game with no particular message. According to Adams and Edmonds, it was Anne Abbott, a clergyman’s daughter from Salem, Massachusetts, who changed that with the invention of Mansion of Happiness (although many now claim that game designer George Fox created the game). Abbott used the “racing game” format, a kind of game that goes back to ancient Egypt and continues today in games like Candy Land and Shoots and Ladders. Mansion players took turns spinning a spinner and moving along the board. Landing on spots like “purity,” “industry,” and “charity” let players advance further, while arrival on “cruelty,” “prison,” or “ruin” set them back.

Adams and Edmonds write that the lesson here is clearly a religious one. Illustrations on the board suggest an otherworldly heaven as the goal, with no indication of earthly rewards for good behavior.

But popular views of the nature of success were shifting from the spiritual realm to the material as Americans tried to improve their circumstances in an industrializing country. A generation later, a hit game invented by a draftsman and lithographer named Milton Bradley offered a very different vision of rewards and punishments. The goal of the Checkered Game of Life, created in 1860, was the accumulation of 100 points. Among the spots worth points were “happiness,” “honor,” “college,” “fat office,” and—most valuable of all—“wealth.”

Unlike Abbott, Bradley designed his game to reward strategic play as well as lucky spins. He insisted that being forced into a bad move “can generally be traced to some false move made in the former part of the game.”

But Adams and Edmonds write that, rather appropriately, the Checkered Game of Life didn’t really function the way Bradley described. For example, “disgrace” turned out to be a more strategically advantageous spot than “fat office.”

“Like most successful persons in the late nineteenth century,” the authors write, “The player acknowledged the moral virtues, used them only in as much as they helped him acquire material success, and then credited this success to the moral virtues.”

By 1889, children were playing Office Boy, a starkly illustrated trudge toward Head of Firm in which the key virtues are promptness, carefulness, diligence, and integrity. Fortunately, this wasn’t the only game on offer, but its very existence reflected an enormous shift in values from the time of Abbott’s Mansion.

Editors’ Note: An earlier version of this article stated unequivocally that Anne Abbot was the inventor of Mansion of Happiness. The article has been updated to reflect the disputable nature of this claim. 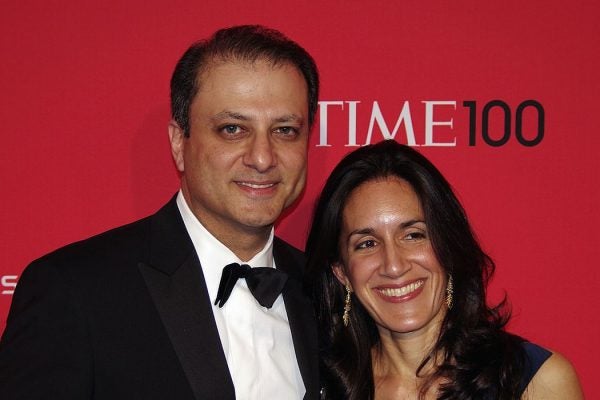 U.S. Attorneys and the Struggle for Justice

The U.S. Constitution’s system of checks and balances have made the judiciary President Trump’s key foe in his first 100 days. ...