We won’t solve all of the pressing environmental problems, but we can help mitigate some. 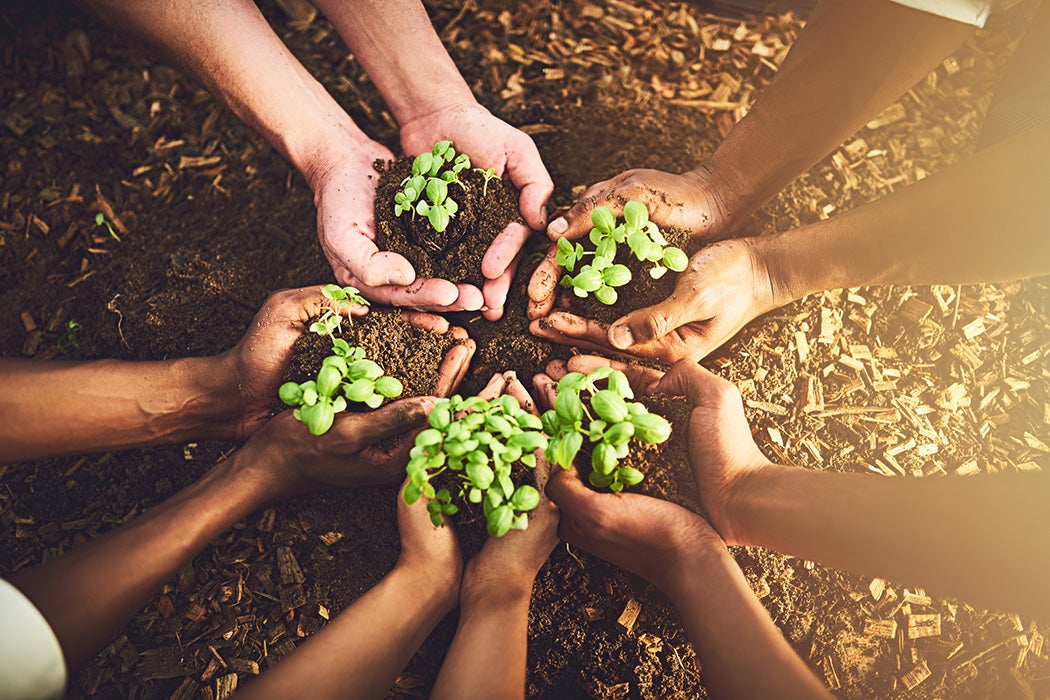 The year 2020 is upon us with old environmental problems still pressing and new ones emerging. This year we learned that cities are getting hotter, the household trash ends up in incinerators where it pollutes the air, and planting trees to save the planet isn’t easy. Scientists also warned that plastic pollution is limiting ocean’s oxygen production and cannabis cultivation has toxic side-effects. So much of this seems way beyond our individual control, but there are things we can do to help mitigate the deleterious effects humans have on our environment. Here are five simple, eco-conscious New Year’s choices that one can select to do to help make a difference.

Western consumer culture encourages people to refresh wardrobes, redecorate houses, and buy new household items as often as financially possible. But these revivals take a huge toll on the planet. The construction industry is polluting. The fashion industry has long been criticized for its heavy environmental footprint. It uses a lot of water and relies on petrochemical-derived dyes, which are polluting to produce and dispose. It also literally fills our landfills—Americans dispose of about 12.8 million tons of textiles annually—80 pounds for each man, woman, and child. In 1999, studies found that an average American consumer produces twice their weight per day in household, hazardous, and industrial waste, and an additional half-ton per week when gaseous wastes such as carbon dioxide are included. It was also estimated that every American consumed about 36 pounds of resources a week, while 2,000 pounds of resources were discarded to support that consumption. Changing our culture to embrace buying less and reusing more lifts the strain off the planet’s resources.

Think starting composting in the city is an impossible undertaking? It’s not that hard.

Composting is a natural decay process of organic matter; Mother Nature does most of the work. English botanist Sir Albert Howard outlined the first procedure for producing high-quality compost, and Chinese farmers have followed the practice for centuries because it improved the land’s fertility.

If you have a reasonably big yard, a compost pile in a far corner would help decompose grass clippings, and turn dry leaves and plant remains into nutrient-rich fertilizer. For smaller yards, compost bins will do the trick. Adding worms to compost improves its quality and allows repurposing food waste that otherwise ends up in landfills. Worms eat almost anything organic, including fruit and vegetable scraps, coffee grounds, tea bags, crushed eggshells, and even vacuum cleaner dust! Moistened cardboard is also a favorite—they love the starch in the glues that bind the cardboard together. They will even eat dog droppings—and in fact they seem to consider it a treat!

It’s no surprise that the world’s meat industry is unsustainable. Industrial livestock production contributes to greenhouse gas emissions, consumes a lot of land and resources, and creates a waste-disposal problem. Eating a lot of meat is also unhealthy. Medical studies linked high meat–particularly red and/or processed–consumption with increased risks of colon, breast, and other cancers, heart disease, and atherosclerosis. And once the planet’s population reaches 10 billion, these issues will only get worse. At the same time, diets that include fruit, seeds, vegetables, and legumes lead to healthier and longer lives. Experts have long suggested that humans start adding more plant-based food into their diet. After all, modern-day vegetarianism in America dates back to the early 1900s. It’s healthier for the people and for the planet they live on.

Give a Thought to a Rainwater Tank

Humans have always relied on rain as a source of water. Around the world, early civilizations learned to gather and store water in simple receptacles made from wood, stone, or clay. The Industrial Revolution changed this frugal human-water relationship. Advanced societies built sophisticated pipes, sewage systems and aqueducts for continuous, uninterrupted water supply. But in the era of climate change when both torrential rains and droughts are increasing, the ancient approach begins to make sense again. Recently, the state of Texas conducted a study that explored the economic feasibility of implementing rainwater harvesting systems in its three large urban cities—Dallas, Houston, and San Antonio. With a price tag of $659 USD, the tanks weren’t going to break the bank and would take the homeowners a few years to break even. These tanks solve two problems at once. They store water for a time when the aqueducts run low, and they “absorb” water during heavy rains, reducing floods.

An edible vegetable oil that’s also used in cosmetics, soaps and skin products, palm oil is derived from the fruit of the oil palms. From 1995 to 2002, palm oil production increased by 65 percent. In Indonesia and Malaysia alone, the land used to produce palm oil doubled to ten million hectares between 1995 and 2005.[1] These fast plantation expansions came with a large environmental footprint. They caused massive deforestation, as well as biodiversity and habitat loss for rainforest dwellers such as orangutans. Moreover, the World Bank calculated that the palm oil production boom was accountable for 75 percent of the rise in food prices in the late 2000s[2]—because the land once used to grow food was being used to make palm oil.

From shampoo to lipstick to ice cream, palm oil is in nearly everything we use—at a high cost to tropical forests and their inhabitants. However, there are alternatives to palm seed oil, including sunflower, rapeseed, and soy bean oils, as well as cocoa and shea butter, and mango kernel. By choosing these alternatives, consumers can help reduce tropical forest destruction.

Share Tweet Email Print
Have a correction or comment about this article?
Please contact us.
Bijdragen tot de Taal-, Land- en VolkenkundeEcology Law QuarterlyEthics and the EnvironmentJournal of Urban and Environmental EngineeringReNew: Technology for a Sustainable Future