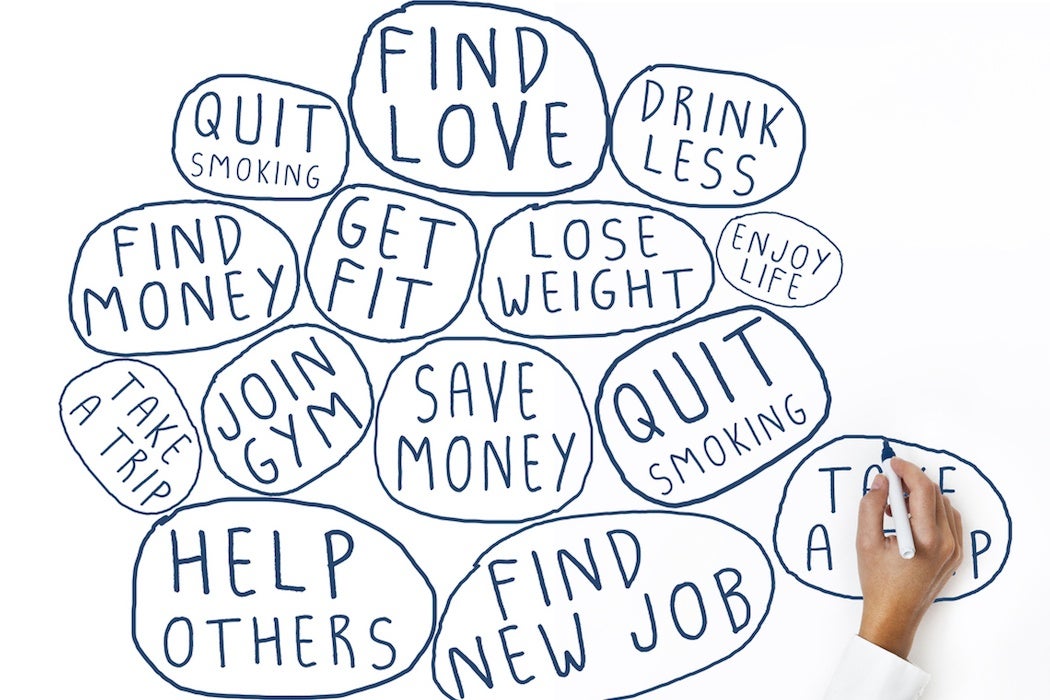 I have greeted the New Year online for more than a decade. Every year, at around this time, I not only declare my New Year’s resolutions on the Internet: they’re usually about the Internet, too.

One year, I resolved to limit myself to one crazy tech project at a time. Another year, I spent my entire vacation overhauling my email system so that I could become one of those people who empties their inbox every day. The email overhaul served as the basis for the approach I now teach others, but the empty inbox lasted all of one month. Then there was the year I resolved to spend more time on Facebook: I may have meant that resolution as a joke, but I certainly kept it.

Of course, that’s the exception, rather than the rule. I have broken as many online resolutions as I have made, and I’m not alone.

It seems like the Internet should make New Year’s resolutions more successful: after all, there is an ever-growing number of support groups and habit-tracking apps that can help you reach your goals, and social media makes it easy to put one’s intentions on the digital record. That accountability is particularly relevant to resolutions pertaining to technology itself: your online friends can see whether you are living up to that plan to Facebook less, or blog more. So why do we—why do I— keep failing?

Perhaps it’s because Internet-related—or even Internet-enabled—resolutions are particularly prone to “false hope syndrome,” a term coined by Polivy and Herman:

When unreasonable expectations for self-change are not met, people are likely to feel frustrated and despondent, and to give up trying to change… This phenomenon of beginning self-change attempts with high hopes and expectations of successful outcomes is illustrative of a phenomenon we call the false-hope syndrome.

In other words, we set impossible goals for ourselves and then are disproportionately upset when we fail. The authors also note that

false-hope syndrome is in many respects a problem of overconfidence. One cause of overconfidence or unrealistic expectations may be the inflated promises of change programs. Groups, books, and other sources of help with changing often play into people’s fantasies that they can change enormously, and do so effortlessly and quickly, acquiring tremendous benefits.

If you spend even half as much time online as I do, you’re used to seeing inflated promises, whether it’s a promise to “burn belly fat” or offer you unprecedented savings on the latest must-have product. But even if we’re accustomed to discounting the hyperbole that is endemic to online marketing, that hyperbole may be particularly hazardous when it comes to our New Year’s goals.

I am often swept up in the contagious resolution-making that breaks out on Facebook and Twitter on New Year’s eve, but Polivy and Herman offer a useful reminder to be cautious about relying on apps, support groups or online programs that aim to energize us with positive thinking or stories about amazing outcomes. Far from inspiring, those grand claims are likely to feed the kind of “false hope” that ends up being demoralizing.

Similarly, we can heed Polivy and Herman’s warnings about our own expectations—which once again, the Internet can distort. As Polivy and Herman write, “[a]nother source of overconfidence is the individual him- or her self…. people tend to overestimate their likelihood of completing tasks… and they underestimate how long it will take themselves, but not other people, to complete tasks.”

The Pitfalls of Overconfidence

If overconfidence feeds false hope syndrome, it pays to be alert to the ways the Internet feeds overconfidence. Last year, I declared that 2016 would be the year I’d finally get my act together on emergency preparedness, and my resolution collected so many encouraging and helpful comments on Facebook that I figured it would be a breeze to get our food, water, and supplies in order. But as I write this, I would still be hard-pressed to keep my family alive for 48 hours: in a classic instance of over-confidence, all that online support made me underestimate the slog involved in reaching my goal.

Polivy and Herman note that efforts at self-improvement can be stymied by our own thought processes:

[P]eople may unintentionally create the very problems they are trying to overcome by monitoring themselves for thoughts indicating failure to maintain the desired ideational state; as a result, the monitoring process itself occupies the mind with the “wrong” thoughts. Attempts to suppress thoughts can thus make the unwanted thoughts even more salient, resulting in their eventual supremacy…

This is where the Internet can be at its worst, creating a very real circle of negative reinforcement. Join a few online support groups, and you may find that online notifications that are meant to encourage you instead trap you. And that’s before we factor in the way that our digital footprint works against us: I’m not sure how effective I’ll be in achieving my 2017 resolution—cutting sugar and wheat out of my diet—when my holiday shopping spree means that Amazon keeps prompting me to buy chocolate and cookies.

We can harness the benefit of accountability by declaring our resolutions online.

But I’m not ready to give up!  If false hope syndrome poses specific risks for those of us making resolutions about or enabled by the Internet, then Polivy and Herman’s argument also suggests specific steps we can take to improve the odds of success online. We can combat the danger of externally-driven overconfidence by avoiding online programs and apps that make hyperbolic claims, and instead seek out communities and tools that focus on steady, achievable progress. We can harness the benefit of accountability by declaring our resolutions online, without falling prey to the tendency to underestimate the time or effort required—ideally by declaring our intentions in a form that is realistic and achievable.

Most importantly, we can avoid getting trapped in mental loops that undermine our intentions. Think carefully about the online and digital prompts that reinforce undesired behaviors, or that undermine behaviors you’re trying to adopt. If you are trying to change how often you check email or look at Facebook, turn off the notifications that pull you in, and move your app icons to a place where you won’t see them every time you turn on your phone or computer. If you’re trying to lose weight or cut your spending, clear out your browser and online shopping history so you aren’t constantly reminded of past patterns. And if you’re trying to develop a new habit, like going to the gym, engineer your online prompts so that you see fitness-related content: follow a bunch of fitness geeks online and visit a bunch of gym gear sites so that fitness products appear as the “follow me” ads on other websites you visit.

Those are the tricks I’m using to shore up the online support for my latest resolutions, and to mitigate the forces that could undermine my resolve. And I’ve found that considering the Internet’s impact on my New Year’s resolutions has had another benefit, too: it’s reminded me of the way all our cultural rituals need to be re-evaulated in the context of our online lives. 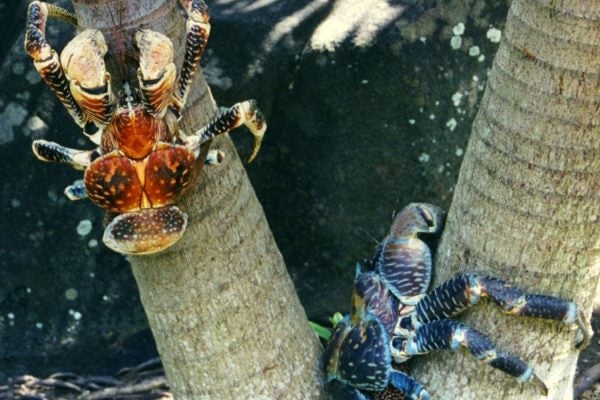 The Curious Case of the Coconut Crab

Meet the coconut crab, the largest terrestrial invertebrate on Earth.