Clara Gregory Baer and the “Lost” Sport of Newcomb Ball

The sport of Newcomb ball was created by Clara Gregory Baer two years before volleyball. Now forgotten, it’s a good bet it lives on in the gyms and beach courts of today. 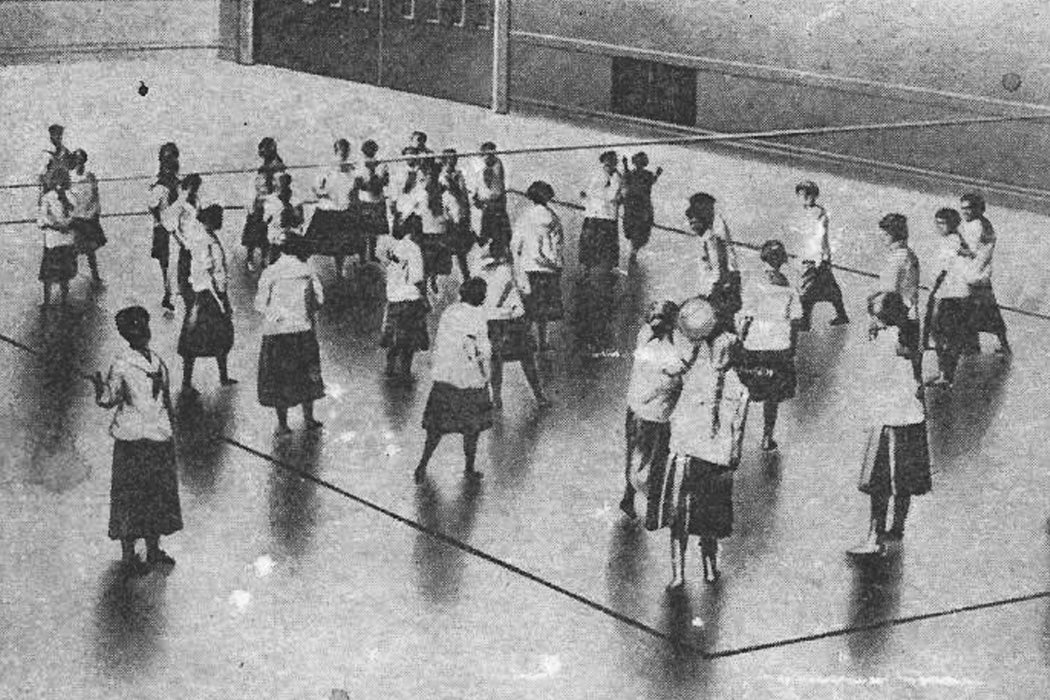 It’s a safe bet that most people know the game of volleyball, and may have even played it a time or two. After all, the game has, in some form, been around for over 100 years. Volleyball was created in 1895 by William Morgan, a YMCA director from Massachusetts, as a “ light exercise for older businessmen on their lunch hour,” sport and physical education historian Joan Paul explains. That same year, at Sophie Newcomb College in New Orleans, physical education professor Clara Gregory Baer patented her own game— Newcomb ball— and as Paul theorizes, “evidence suggests it may have been the blueprint for William Morgan’s game of volleyball.”

Newcomb ball was developed as a way to “provide activity and skill development for young women who had limited opportunity to engage in sport.” Baer’s commitment to providing those opportunities was a core part of her work. She’d trained in physical education, and after graduation, took a position at Newcomb. While teaching there, she also took on the position as Women’s Gymnastics Director at the Southern Athletic Club. In 1889, the all-male club began letting the members’ female relatives use the club for a few hours a week. And before Baer came on the scene, the women “reportedly preferred gossip to physical activity.”

The Club thought that hiring a woman to teach the women would encourage participation, and they were right. She’d later take on other teaching jobs in the summer throughout the South, teaching “her progressive ideas about education and sport for women.”

Among her many accomplishments at Newcomb were establishing physical education certifications and bachelor’s programs—the first in the South. She also published the first rules for women’s basketball in the US. And somehow, she found time to invent a whole new sport. She developed Newcomb ball during the 1893-94 academic year while waiting for basketball hoops she’d ordered to arrive. The rules were simple: one team threw the ball into the others’ area, with the right amount of skill and force “that it caused the ball to hit the floor without being caught.” Baer saw the game as developing skills that would be useful when the hoops came, but found that her students loved it, and kept it as part of her curriculum even after they arrived.

So what about Morgan?

As Paul explains, Baer’s two-year head start means that Morgan likely knew of Newcomb ball. Baer also presented it at a national convention—one that Morgan was part of, too. “Similarities of the early volleyball rules to Newcomb rules are obvious,” similar court boundaries; rule changes based on gender, age, and court size; and that “players attempted to make the ball strike the floor before being played.” Despite these parallels , only one “continue[d] its development as a competitive sport to the present day.” Though Baer never accused Morgan of anything, Paul notes that volleyball wasn’t part of her curriculum “until the 1923-24 school year even though [it] had been a well-known sport for almost 30 years.”

Paul explains that there are many probable reasons Newcomb ball never became all the things that volleyball did—  gender expectations, the difference in difficulty between the two, and its invention by and popularity with women, “stereotyping the game as “feminine.”’ Of course, Paul notes, the similarities could simply be coincidental, but that Baer and her sport have fallen into the “lost” or “little-known” categories, only contributes to the “dearth of historical information on women’s contributions to sport and physical education.”