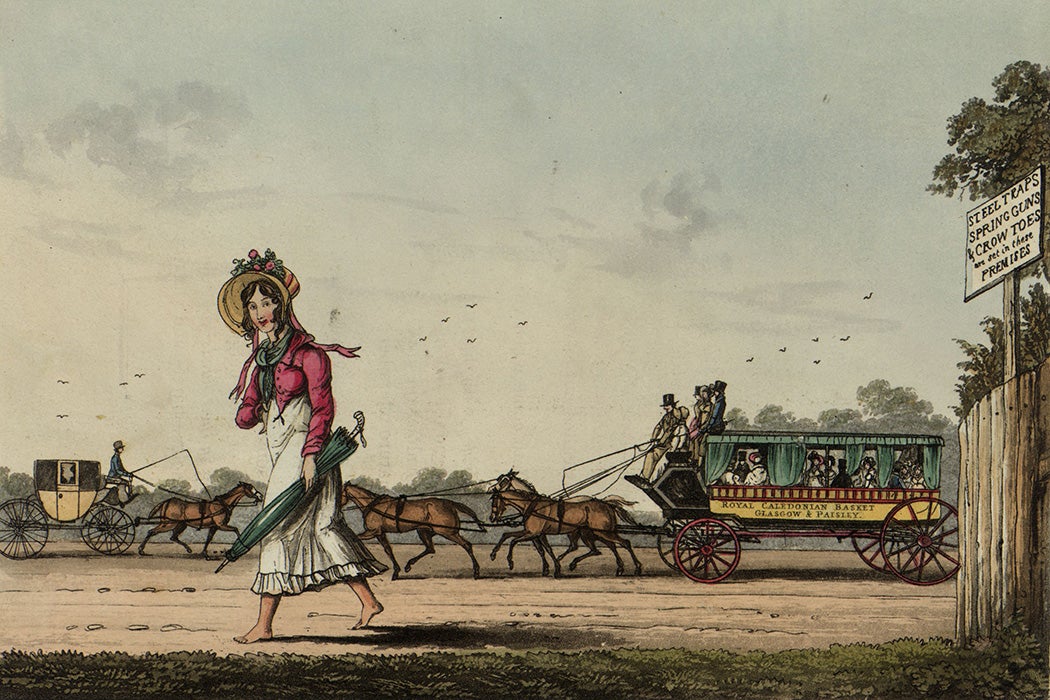 When the Miami Marlins announced that they had hired Kim Ng as general manager, she became the first woman to hold that position in the history of Major League Baseball. This achievement is a reminder that women have always broken barriers in the world of sports, but often in ways that have been forgotten over time. One example is the pedestriennes: endurance walkers who captured the world’s attention in the mid-nineteenth century. Though they were admired at the time, historian Dahn Shaulis explains, “By the early twentieth century […] historical recognition of these women was scarce.”

The pedestriennes were popular, in part, because they were controversial. They were labeled as everything from “symbols for women’s rights” to “morally disreputable figures.” And their walking was even considered dangerous, as many argued that athletics was bad for women because of their “frailty.” So why, exactly, were so many people obsessed with them?

As Shaulis explains, it had a lot to do with gender ideology: “Victorian beliefs commanded that women and men maintain different social responsibilities. A woman’s proper place was the home, a place to protect feminine virtue.” These beliefs also extended to the idea that women were just plain weak, so they were “often restricted from public leisure, vigorous exercise, and sports.”

Yet at the time, men and women were gathering together to enjoy popular entertainment, including sporting events. And women weren’t just watching. As Shaulis writes, “Women performed athletic feats as circus performers, swimmers, boxers, baseball players, wrestlers, bicyclists, and professional long-distance walkers.” This, again, wasn’t without controversy. Many women athletes weren’t praised or accepted, an issue that continues today, as scholar Amy Bass points out: “women gradually, although never completely, came to be accepted in the role of the athlete.”

Pedestriennes did have their moment of glory, though. According to Shaulis, people excitedly read about walkers like Mrs. Dunne, who “gained attention for her walks of several hundred miles,” and C. C. Cushman, who in 1851 “reportedly walked 500 miles.” It wasn’t just distance that dazzled spectators; feats like “walking the plank,” which involved long-distance walks on small wooden surfaces, were also popular. One pedestrienne, Bertha Von Hillern, “drew daily crowds of 10,000 customers paying 50 cents-apiece” when she hit the track at a New England event. In 1878, Ada Anderson, whose walks “spanned hundreds of miles and many weeks with minimal sleep,” did a month-long walk in on a specially constructed “three-foot-wide tan bark walking oval” in Brooklyn. As one paper reported, “[Anderson] will revolutionize the opinions held by many of her sex on the subject of physical exercise.”

And that she did. Across the country, women took to walking for health and for profit. By the 1880s, however, pedestriennes had started to lose their appeal, both because of pressure from groups who found the practice unseemly and from those who found the conditions the women performed under exploitative and abusive. By the twentieth century, many of these women had been forgotten by all but a handful of scholars. As Bass points out, “The history of women in sports—just like the history of women in general—is an area where many gaps in knowledge remain.”

Pedestriennes: Newsworthy but Controversial Women in Sporting Entertainment
By: Dahn Shaulis
Journal of Sport History, Vol. 26, No. 1 (Spring 1999), pp. 29-50
University of Illinois Press
State of the Field: Sports History and the "Cultural Turn"
By: Amy Bass
The Journal of American History, Vol. 101, No. 1 (June 2014), pp. 148-172
Oxford University Press on behalf of Organization of American Historians 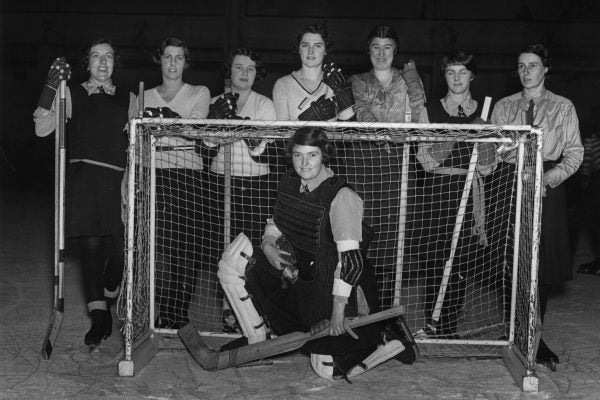 Ice hockey came to the U.S. from Canada at the end of the nineteenth century. Women started playing immediately, forming their own clubs.