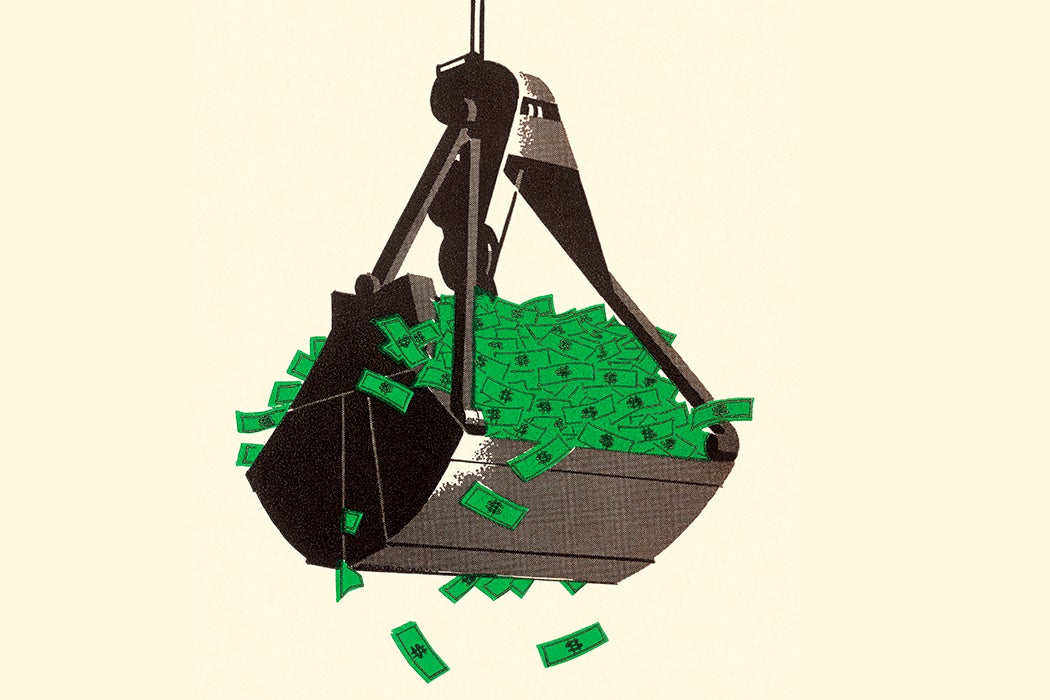 The complexity of the contemporary economy means that policies for economic security are among the most significant decisions a state can make. Indeed, the largest and longest-lasting policy to emerge from the New Deal legislation during the Great Depression is dubbed Social Security, a state-managed old-age pension.

Lightly-regulated capitalism leads to boom-bust cycles. And these cycles threaten the livelihood and survival of the poor in times of crisis, such as the Great Depression of the 1930s and Great Recession in the past decade. States have therefore made larger and larger policy interventions to provide a welfare “safety net” for the poorest.

By certain measures, the American economy in 2018 is strong. And yet, during and since the 2008 financial crisis, the federal government has made decisions, such as the bank bailouts and tax cuts, that have shifted public wealth to the pockets of the 0.1% wealthiest. The stagnation of incomes has led to an overall decline in economic demand. $1 billion in the hands of an individual merely adds to the ocean of liquid investment capital chasing low interest rates, but in the hands of 10 million middle and working class families, it becomes groceries, home improvements, and other necessary purchases that stimulate the economy. Raising income tax for the wealthy could fund new programs and help reduce income inequality. But what is the best way to reinject this wealth into the economy?

Supporters of single-payer healthcare have adopted the political strategy of advocating for extending a policy that already exists to the rest of the population: “Medicare for All.” Although there is yet no widespread movement in the United States, intellectuals from a wide political spectrum are now weighing the benefits of a universal basic income—essentially “Social Security for All”—to combat poverty and income inequality. Other countries have taken steps in this direction. In 2003, Brazil created a wide-ranging if not universal program of direct welfare payments to the poor, called Bolsa Familia. However, recent trials of basic income payments in Ontario and Finland have ended after political infighting.

One critic points out that a basic income program could radically redistribute income from men, who hold more and better-paying jobs, to women.

While it has been a common project of left-wing movements to support increased welfare programs, libertarian tech billionaires such as Mark Zuckerberg and Elon Musk have come out in favor of guaranteed basic income to salvage the legitimacy of tech automation ending jobs held by humans. The right-wing complains that it is unfair to give people “unearned” income. Progressive thinkers in turn criticize basic income as threatening both the power of workers and current, targeted welfare programs, essentially turning these services over to the free market. They say a solution must include not just improving income equality, but improving the supply and fairness of work overall.

The concept of direct cash payments to aid people whose livelihoods have been disrupted by rampant capitalism is not new. A classic example is the Speenhamland system of food support during the early nineteenth century to assist English paupers who struggled to pay for inflated bread prices during the Napoleonic wars. Welfare programs in the United States expanded from the 1930s through the 1960s War on Poverty in cities suffering from white flight and deindustrialization, after which a conservative backlash undercut direct grants. It’s not surprising that the contemporary debate on basic income dates to around the end of the Cold War, when liberal capitalism found itself clear of ideological competitors but looking to shore up its legitimacy.

One of the most-cited proponents of universal basic income is Phillipe Van Parijs. In 1991 he famously argued that even unemployed “surfers should be fed.” He supports this assertion with a number of ethical imperatives. The first is that a society with the collective resources to feed and house everyone is bound to provide a minimal income to those who don’t work. Non-workers, he argues, are satisfied making more minimal demands on collective resources than people with high-paying jobs.

Moreover, he highlights different working conditions as a type of structural inequality, rather than the natural result of competition. Some jobs are higher-quality and better-paying than others, and people who possess them are exacting a privileged “employment rent” on society. Taxing job holders and paying basic income to everyone else doesn’t just even out this inequality of opportunity. Rather, it enables recipients to perform lower-wage work that may have socially positive results, such as art or education. Van Parijs’s objective is an unabashedly libertarian one: maximizing “real freedom” in society.

The critiques of this vision are varied. Van Parijs points out that a basic income program could radically redistribute income from men, who hold more and better-paying jobs, to women. But Alisa McKay argues we should consider the holistic effects such a program might have on social roles. While basic income would finally provide financial compensation for much of the unpaid emotional and home-based labor that women have traditionally done, it could have the unintended effect of reinforcing this work as the primary domain of women. By removing some of the economic pressures that have encouraged married couples to each pursue careers, McKay notes, basic income could reverse fifty years worth of improvement in terms of women’s equality in the workforce.

Many basic income proponents envision the policy as a just attribute of economic citizenship. But in the real world, populations are a mixture of citizens and non-citizens—particularly in large economies like the United States, where there are at least fourteen million lawful resident aliens, and millions more undocumented immigrants. When Ann-Helén Bay and Axel West Pedersen studied public attitudes towards basic income in Norway, they found much more hostility to the policy if they suggested that non-citizen immigrants would be eligible for the benefits as well. Even if this public opposition could be overcome, the authors judged that such a program could only add to the social isolation of new immigrant groups by providing a way of keeping them isolated from labor markets.

An Alternative: A Federal Job Guarantee

The common libertarian presumption of the necessity for basic income is that there will never be enough employment for everyone again. But this, too, is a political assessment of what work is good and necessary for society. There are plenty of worthwhile public services, from environmental custodianship to teaching and building transportation infrastructure, that the private market is not good at delivering. That’s why an appealing alternative to basic income guarantee that could counteract the negative social effects highlighted above is a basic work guarantee.

A job guarantee extends the promise of reducing the overall spending on welfare services by boosting family incomes beyond eligibility for them.

Mark Paul, William Darity Jr., Darrick Hamilton, and Khaing Zaw, writing for the Russell Sage Foundation in 2018, believe that a long-term solution to poverty is to create full employment with a Federal job guarantee. They propose creating a bureau to connect the unemployed with jobs with a minimum wage of $12 an hour in addition to health and retirement benefits. An estimated median salary of $32,500 is considerably more than a basic income program could afford to pay individuals.

The benefits of this program, they argue, are numerous. Providing the option of non-poverty wage work to everyone would push employers across the country to raise wages to stay competitive with the labor market. However, the stimulus to the economy that would result from reinvesting in infrastructure and providing a powerful impetus for spending in the working and middle classes should provide a net benefit rather than a threat to small-size employers. By producing valuable services and economic exchange, a job guarantee promises to be less inflationary than a basic income program alone.

In response to fears that full employment would remove the disciplinary function of firing, the authors note that workers would be engaged both in community work that encourages solidarity, and that there will be considerable scope for the promotion of energetic and ambitious workers. Moreover, basic income merely seeks to replace welfare services targeted at specific goals, such as food stamps or public housing. A job guarantee, on the other hand, extends the promise of reducing the overall spending on these services by boosting family incomes beyond eligibility for them.

Some argue that this program could open the door for many contentious or “inefficient” political battles over what type of work these new federal employees would do. But the federal government already employs 1.2 million active personnel in the military, which props up our shaky global hegemony and military industrial complex. Meanwhile, we take for granted the thousands of public parks, schools, roads, and bridges built by the 1930s New Deal-era employment programs, which are crumbling around us.

Best of all, the job guarantee provides the socially integrating force and personal dignity of employment to any who choose to avail themselves of it, particularly to women and minority groups. Those in favor of a job guarantee argue that our wealthy nation owes its society an effort to connect positive social services it seriously needs with workers who will use these jobs to provide for themselves and their families. 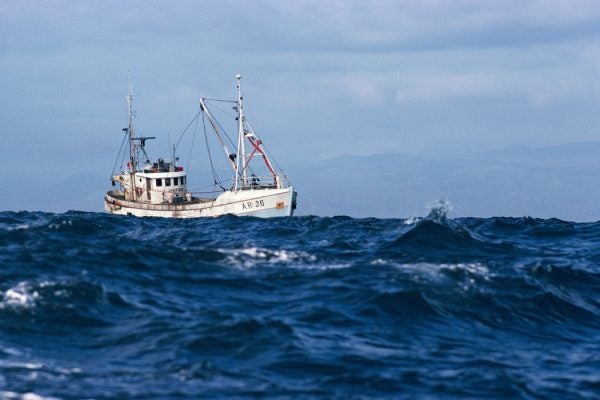