Prohibitive laws like the 1917 Immigration Act barred many Asians from entering America. Cultural fears still determine who “deserves” to migrate. 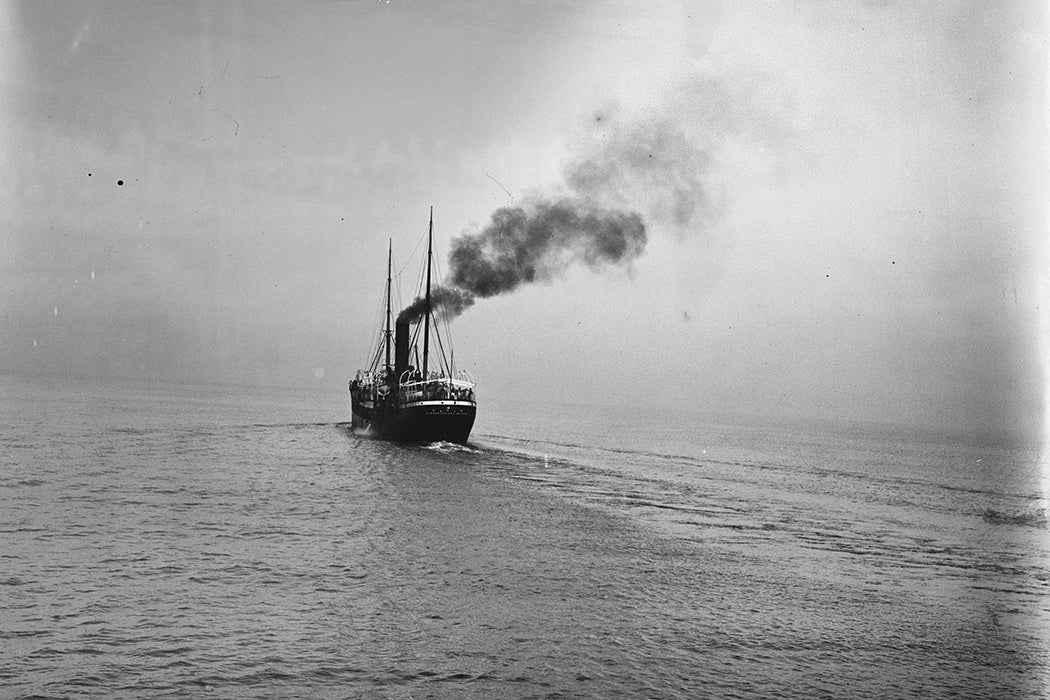 This year marks the centennial of the 1917 Immigration Act, which specified several categories of “undesirables” barred from entering the United States (such as “idiots,” “epileptics,” and anyone “mentally or physically defective”). Its most striking provision, however, was a total ban on immigration from a geographic area designated the “Asiatic Barred Zone.” Whereas European migrants were welcome if they did not tick any of the “undesirable” boxes and could pass a literacy test, no one from the Asia-Pacific zone, regardless of education or class, was permitted. The act expanded the Chinese Exclusion Act of 1882 to counter immigration from “the Orient” comprehensively.

Since President Trump announced Executive Order 13769 on January 27, barring nationals of seven Muslim-majority countries from entering the United States, critics have outlined the parallels between Trump’s order and a trajectory of previous legislation aimed at curtailing the presence of various racial, ethnic, and religious groups in the United States. Although the Chinese Exclusion Act of 1882, the 1924 Johnson-Reed Immigration Act, Executive Order 9066 (sanctioning Japanese internment), and, more recently, NSEERS (a variant of a Muslim registry) are key laws, the advent of the “Asiatic Barred Zone” is particularly relevant for our contemporary moment.

Whereas the nineteenth century was characterized by attempts to curtail the “yellow peril” of China, the 1917 law was a response to demographic shifts at home. The Pacific Northwest, in particular, had seen outbreaks of anti–South Asian violence. As the historian Erika Lee explained in the Pacific Historical Review, South Asian migrants first came to Canada as part of a complex migration pattern that crossed imperial and continental lines, but later moved to the United States, attracted by higher wages.

Their reception was not kind. Newspapers reported in sensationalist fashion that these “dusky Asiatics” and “Hindu hordes” posed a bigger threat to job security and the cultural fabric than Japanese or Chinese laborers. It wasn’t long before national security became the proxy for discussing the issue, a compound of racism and economic anxiety. A 1906 letter writer to the Puget Sound American suggested that the “Hindus” were “very well-versed in firearms.” This, combined with their “bad code of morals,” would inevitably lead to “innocent people getting butchered.” “Hindus,” however, was an erroneous designation, as most South Asian migrants were Sikh. The firearms were the result of these particular migrants’ roles as police officers, as many initially came to Canada from Hong Kong after having served in the British imperial forces.

However, the U.S. is not the only country with a long history of exclusionary policies. American concerns about the rise of Asian immigration, eventually resulting in the 1917 act, were linked to measures taken across the continent. As Lee notes, Canada’s 1908 “Continuous Journey Law” marked a significant shift; as its title suggests, the law only allowed entry to individuals coming directly from their homeland. With no direct steamboat service between India and Canada, the law in effect prohibited all immigration from India. Instead, South Asians chose Seattle and San Francisco as their destinations.

Trump’s executive order conjures the ghost of this Canadian law. It targets Muslims without explicitly stating so—though the White House’s definition has been muddy—using the guise of national security to explain why the seven countries were selected.

The Canadian parliament’s linguistic acrobatics in excluding South Asian British subjects, the manufactured principle of “continuous journey,” allowed it to avoid accusations of overt discrimination, but the measure did not fool anyone. Whereas boats from Europe made the trip across the Atlantic directly, the journey from the British Raj was so long that it could not be completed without a stopover in Hawaii or Japan. In the most notorious, heartbreaking example of the regulation’s consequences, 356 passengers of the steamship Komagata Maru, sailing from Hong Kong, were refused entry and eventually escorted out of Vancouver’s harbor. After the ship returned to Calcutta, riots and subsequent violence claimed the lives of many passengers. This past May, the Canadian prime minister Justin Trudeau formally apologized in the House of Commons for the “prejudice” faced by the passengers and by South Asian communities as a whole.

The same prejudice awaited in the United States. With the increased arrival of migrants from all over Asia—and, after the Canadian ban, of South Asians in particular—concerns over national security and racial purity ensured that the Chinese Exclusion Act no longer sufficed in the eyes of many Americans. On the West Coast especially, people demanded immigration reform.

Producing urgency for such measures, and further fanning the flames of xenophobia, were cultural texts that vilified Asians and cautioned against their economic voraciousness. Author Jack London, in a series of science fiction stories, warned that China “was to be feared not in war, but in commerce,” and that its population was increasing so quickly that there would soon be “more Chinese in existence than white-skinned people.” As the literary scholar John N. Swift notes, London’s writing is reflective of anxiety about the precarity of white racial supremacy, articulated particularly through fear of Asian sexual reproduction. Racialized subjects were seen as predatory, spreading disease, and as reproducing at an alarming rate, thereby threatening the racial status and purity of whites.

With advances in genetic science, fears about public hygiene and the risk that “foreigners” posed intensified. In “The Unparalleled Invasion” (1910), London wove all these strands together by writing about a China unprecedented in its birth rate, its inhabitants carriers of a fatal “plague germ.” In the story, the West resorts to biological warfare to halt Asian expansion. In reality, the United States closed its doors.

Asians were imagined as aliens, perpetually foreign to the United States.

As the literary scholar Stephen Hong Sohn argues, these yellow-peril fictions, such as London’s, did not emerge in a vacuum. After Japan became the first Asian nation to defeat a Western power in the 1905 Russo-Japanese War, Asia increasingly was seen as a threat. Asians were imagined as aliens, spatially and temporally removed, perpetually foreign to the United States. Sohn suggests that this view “remains a force to draw upon to allegorize racial tension and exclusion,” resulting either in movies like Blade Runner and The Matrix that depict orientalized futures, or in more subversive or complex articulations by Asian-American authors like Karen Tei Yamashita or Larissa Lai.

In 1917, such othering provided the impetus for overhauling immigration policy. Rather than regulating immigration, the Asiatic Barred Zone catapulted the restriction of immigration to the top of the national agenda. To say that there are echoes of that law in the current moment would be an understatement. Even though anti-Asian racism is at the margins of narratives about the Trump administration, his myriad statements on China— most notably his assertion that the country is “ripping off” the United States and “stealing jobs”—are well known. Trump also zeroed in on Japan as an economic threat. Most tellingly, at a rally in Tampa, Florida, Trump accused India, China, Singapore, and Mexico of “the greatest jobs theft in the history of the world.” This rhetoric, combined with his “America First” policy, invokes the specter of Asian aggression and dominance once again.

The Asiatic Barred Zone legislation shaped national attitudes on race. The barred zone remained in effect until 1952, and restrictions on migration from Asia were not lifted until 1965, when Lyndon B. Johnson called race-based immigration policies “a cruel and enduring wrong in the conduct of the American nation.” Asian-exclusion laws were a transnational reality; Canada and Latin American countries also adopted such policies.

The effects are still felt today. The startling reality is that, in 2017, debates over who belongs and does not belong, and who is “worthy” of admission, still employ ethnic, racial, and religious terms. These debates have not only remained unresolved, but also reasserted themselves with even greater force, both domestically and internationally. We question the humanity of millions, both explicitly and implicitly, by challenging rights or withholding aid. 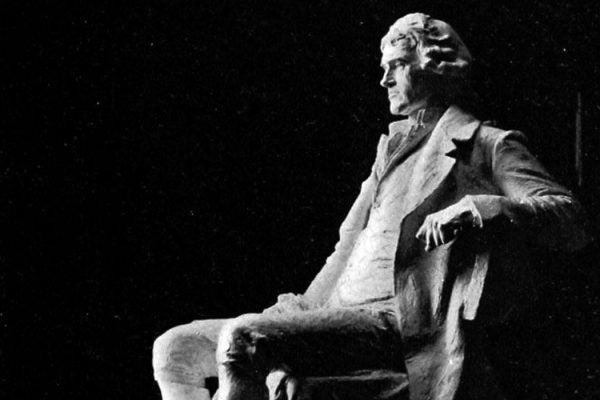