When Women Channeled the Dead to be Heard

Spiritualism was one of the nineteenth-century’s most successful religious innovations, a movement of individuals who yearned for a religion which united mysticism and science. We find ourselves in the middle of a new women’s movement, as innumerable acts of violence and intimidation threatening women’s professional success and personal safety are being brought to light. Although there is much that is unprecedented about the #MeToo era, women have always developed strategies to slip the yoke of social systems designed to limit their autonomy. In the nineteenth century, many women discovered a public voice by channeling the voices of the deceased.

Spiritualism was one of the nineteenth century’s most successful religious innovations, a diffuse but powerful movement of individuals who yearned for a religion which united mysticism and science. Borne out of the work of predecessors like the eighteenth-century visionary Emmanuel Swedenborg and the German physician Franz Mesmer, spiritualism sought to unite the natural and the supernatural realms and to bring the dead into conversation with the living.

The birth of the spiritualist movement can roughly be traced to the spirit rappings reported by Margaret and Kate Fox in Hydesville, NY, in 1848. The sisters, aged 15 and 12 at the time, reported strange noises in their house one night. Claiming they could communicate with the entity responsible for these noises, they quickly became a cause célèbre in upstate New York, attracting curious seekers from all over the country and introducing mediumship as a viable career.

Mediums were assumed to be “passive,” “impressionable,” and “extremely sensitive.”

According to historian R. Laurence Moore, mediumship was a profession deeply associated with stereotypical notions of femininity. Mediums were assumed to be “passive,” “impressionable,” and “extremely sensitive.” These very traits had long been used to justify excluding women from participating meaningfully in public life. Yet mediumship, precisely because it was so bound to these qualities, opened a narrow professional avenue for women, without disrupting the era’s assumptions about gender. Most mediums, in fact, even embraced this definition of womanhood and attributed their vocational pursuits to spiritual forces rather than deliberate choice.

Many of the most famous mediums fondly recalled in their memoirs those moments in their career when they were permitted to go toe to toe with some of the most powerful men in the world. Nettie Colburn Maynard, for instance, served as a medium for Mary Todd Lincoln, which brought her into contact with Abraham Lincoln around the time that he signed the Emancipation Proclamation. Cora Richmond was given a voice in the meetings of government bodies. These women thrilled at their ability to enter these centers of state power by assuming “an otherwise forbidden male social role during the trance state.”

The Editors
The Spiritualist, a newspaper published from 1869-1882, is filled with tales of supernatural phenomena and tips for communicating with the dead.

Other mediums exercised this ability in more recognizably dramatic ways. It was not uncommon for mediums to become, under the influence of spirits, “swearing sailors, strong Indian braves or oversexed male suitors.” In one particularly dense séance, according to Moore, a medium channeled 31 different spirits, including a “firm erect military man” named Captain Hodges. Although the license mediums were granted to float through a variety of races, genders, and nationalities was radical in its way, Moore reports that one of the more “serviceable functions” of channeling spirits was how often these spirits instructed mediums to divorce their husbands.

Mediumship nevertheless remained a knotty professional path for nineteenth-century women. Even as it allowed them an opportunity to speak publicly in ways that would have seemed blasphemous in any other setting, it also reinforced many of the most pernicious assumptions of the age. Yes, women could transform into a multitude of characters and command huge audiences, but they also lived under the constant threat of exploitation by nefarious handlers and destitution at the hands of a fickle public.

Thankfully, our own historical moment is not one in which women must enter a trance state to have their voices heard, but it’s worth remembering those who did for how they crafted public lives in a world that often wished them silent. 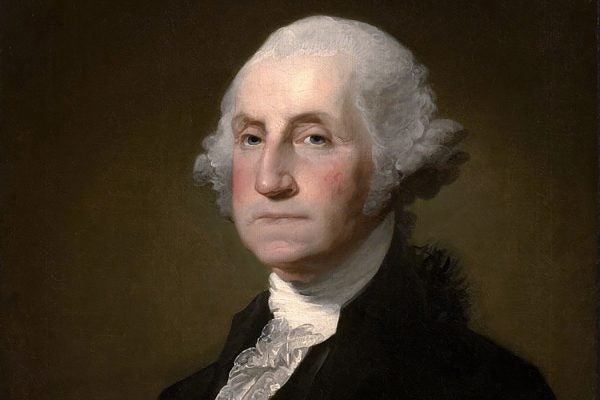 For most of American history, Washington's Birthday was a really big deal, but, as scholar Barry Schwartz explains, that's changed a lot since the middle of the twentieth century.