#MeToo and the New Era of Internet Celebrity

We may want to support the #MeToo victims, but many of us also feel allegiance to our favorite celebrity. And the internet is at the heart of that dynamic. 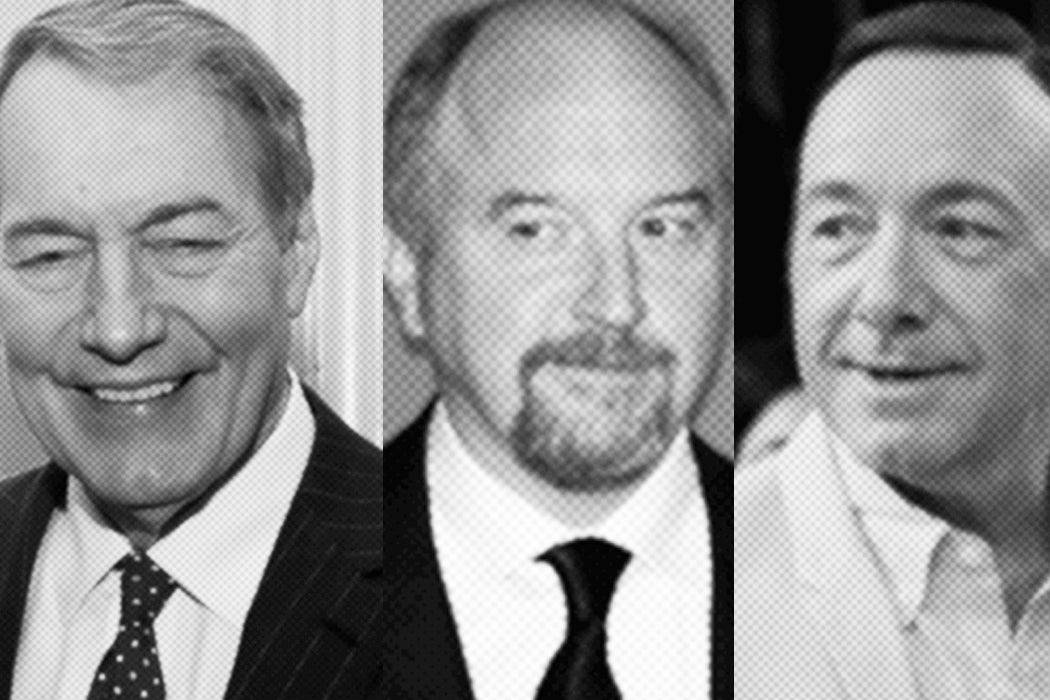 A month ago, you might have expected that list to be titled “Hollywood’s most influential stars.” Look at that list now, and you’re more likely to think, “alleged sexual harassers and predators.”  And of course, that’s just the tip of the iceberg: The New York Times has published a timeline of 34 public figures who have been accused of inappropriate sexual behavior in the past two months, and Wikipedia’s page for the #MeToo hashtag, collecting personal experiences of harassment and assault, numbers many more.

If these allegations have been greeted with shock, anger and sadness, it’s not just because we hate the idea of women and men being harassed or victimized in the workplace. When we hear that a beloved performer, politician, or other public figure has been accused of cruel or exploitative behavior, it forces us to make a choice: Will we believe the women or men making the accusation, or will we believe the celebrity who denies it?

For those of us who recognize that that false accusations are relatively rare, and who are therefore committed to the principle of believing accusations by default, it can still feel like a painful choice. Partly that’s because many of us also believe deeply in the principle of “innocent until proven guilty,” and there’s an inherent tension between believing accusers and presuming innocence.

But what we experience in these moments is more than just a collision of principles. It’s also a collision of emotions. We may want to be on the side of victims, but many of us also feel deep allegiance and loyalty to our favorite performers and public figures. And the internet is at the heart of that dynamic.

To begin with, the internet has become central to the celebrity machine. Scholarship on celebrity has taken note of what Joshua Gamson describes as the “bottom-up, do-it-yourself celebrity production process.” As Gamson notes,

The Internet drastically widens the pool of potential celebrities by lowering the entry barriers—a computer and a bit of moxie, and you’ve got a shot—and bypassing the tightly controlled publicity system and the tightly controlling middle people of Hollywood. In this arena, the fans are extremely active in the creation of celebrity: “viral” celebrity grows primarily through links forwarded from one person to another, reaction videos and blog postings, tagging, and so on.

But the celebrity-generating power of the internet is not limited to manufacturing celebrities from scratch. In her article on the actress Felicia Day, Elizabeth Ellcessor looks at the way the internet now helps to create the “star text” of celebrity:

Whereas the star system of classic Hollywood involved the careful cultivation of star texts by a studio in order to build reliable audiences for a performer’s work, we might look at the star text of connection as a new kind of star system. No longer is the metaphor that of a production line; today, it is more apt to speak of an ecosystem. Expansive, varied, and intimately connected, the workings of a star text of connection are formed through complicated interactions of media platforms, texts, audiences, and industries, facilitated by digital and social media.

It’s thanks to the internet, in other words, that minor celebrities can become big stars. That’s certainly the case with George Takei, an actor who was mainly remembered for his supporting role on Star Trek until his Facebook posts catapulted him to a fresh form of fame.  But you could also say that Jeffrey Tambor and Kevin Spacey owe a big part of their celebrity to the internet, since both of whom have become much better known in recent years thanks to their star turns on hugely successful, internet-native TV series: Amazon’s Transparent  (Tambor) and Netflix’s House of Cards (Spacey). Louis CK, too, has been widely described as a masterful user of online media, using direct distribution to release his own comedy performances online.

In creating and amplifying celebrity, however, the internet also transforms the relationship between stars and the public.

In creating and amplifying celebrity, however, the internet also transforms the relationship between stars and the public. Compared to traditional celebrity, Ellcessor writes, “Internet celebrity is founded even more firmly on illusions of intimacy….Internet-based fame depends on the authenticity of a star’s self-representation and on the notion of intimacy, experienced through the possibility of interaction rather than through simple familiarity.”

We may still be star-struck, but stars feel newly accessible: we receive their “candid” snapshots, their “spontaneous” thoughts, their “live” encounters.  (Sorry, but it is impossible to talk about any of this without air quotes.) Ellcessor notes that this illusion of authenticity is intrinsic to the way social media works including “the illusions of “liveness” and interactivity presented online, the quotidian rhythms of interaction, the (possible) lack of media gatekeepers such as publicists, editors, and paparazzi in creating online self-presentations, and the availability of media tools. “…Illusions of liveness and interactivity in online media are crucial to experiencing online celebrity as uncontrolled, ongoing, immediate, and ‘real.’”

With this intimacy, however, comes vulnerability. In his article on celebrity as a form of capital, Driessens describes the visibility that comes with celebrity as a “Janus face,” noting that the “extreme example of the potentially disempowering effects of visibility is (political) scandal…for instance when morally transgressing practices that were kept invisible are revealed.” By making celebrities constantly and ubiquitously visible, the internet increases the likelihood that the skeletons in a celebrity’s closet will be brought to light.  In part, that’s the simple result of ensuring that anyone with an internet connection can now share their own celebrity encounters, positive or negative, with the entire world.

But the reverberations of recent celebrity accusations don’t stem merely from the way the internet has manufactured and amplified celebrity, while also making it more intimate and vulnerable. The internet has also intensified our own level of emotional investment in the celebrities we follow, for reasons the are closely related to the way the internet makes celebrities feel more immediate and authentic.  As Gamson notes in his description of the PR and media strategy of positioning celebrities as “ordinary people,” this common narrative strategy—”‘come see what they’re really like’—invites identification with celebrities.”

Because the internet and social media make celebrities feel more so much closer—so much more like us—their failure start to feel like our failures. We may not experience this identification consciously, but it’s still there at an emotional level. When you hear that the star of a bunch of your favorite movies has been accused of sexual assault, it’s sad and disappointing. When that star is someone you also follow on Twitter or Instagram, or have directly paid for an online performance, or have quoted on your own Facebook wall—well, it feels much more personal. This is a member of your virtual posse (even if it’s been a one-way relationship), and he’s let you down.

Precisely because this all happens in the deep cover of our lizard brains, it can lead to dangerous or counter-productive impulses—like the urge to defend a beloved celebrity without any real knowledge of the accuser or the accusations. Even if we stay silent, we may feel sad, anxious, or disloyal, simply for leaving “our” celebrity out there, undefended.

There’s no easy way out of this predicament, unless you’re prepared to do something radical, like cancelling your People subscription and unfollowing all your favorite stars. Even then, there’s no getting away from the fact that in our media-saturated culture, we often see and hear more from our favorite celebrities than from our own friends and family members.

But we can remind ourselves that exposure is not the same thing as familiarity. We can reject media and celebrity narratives that present stars as ordinary people we can identify with, and focus instead on the hundreds of clues and signals about all the ways their existence differs massively from our own. And then we can hope: hope that one way in which we are alike is in our horror at sexual harassment and exploitation, in all its forms. 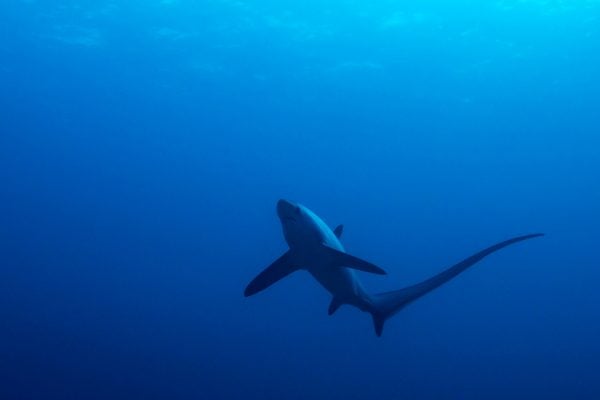 Why It’s So Difficult to Save Sharks

Will a ban on shark fins help shark populations? Since sharks are slow-growing and long-lived, once shark stocks are depleted, they take a while to rebound.