For a brief period of time in the 19th century, doctors used “mesmerism” for pain-free surgery. 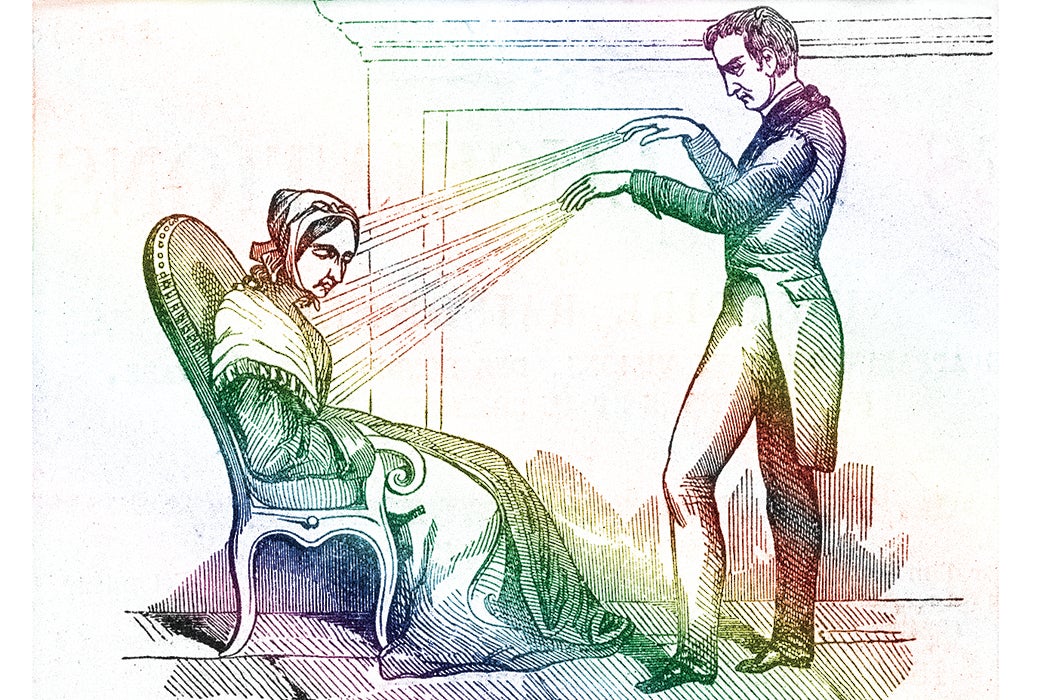 Before ether and chloroform made surgical anesthesia common, there was a movement in the European medical community to popularize a spiritual practice similar to hypnotism that, they claimed, would allow patients a pain-free surgical experience.

It was called mesmerism, a pseudoscientific phenomenon involving the belief that all living things were surrounded by an invisible magnetic field, or force, that could be manipulated to produce various effects, including physical healing. Once mesmerized, subjects would enter a trance-like state. Its first reported use in surgery comes from 1829 when a French surgeon reportedly performed a mastectomy on a mesmerized patient.

However unlikely it seems now, the practice was not just a fringe fad. For a short time, mesmerism was accepted by mainstream medical practitioners as a legitimate tool that could advance the field of surgery by providing a pain-free experience for the patient. Respected journals like the Lancet published accounts of successful surgeries using mesmerism. Demonstrations of the practice at teaching hospitals drew crowds that packed operating theaters.

The medical journals that had breathlessly reported on surgical demonstrations on mesmerized patients did an about-face, denouncing the practice as quackery.

The movement was led by John Elliotson, a leading physician at University College Hospital in London. He also held a prestigious teaching post at the University of London’s medical school. Elliotson was known for being something of a progressive—he was one of the first doctors to advocate for the use of the stethoscope.

Elliotson was influenced by a visiting Frenchman named Baron Dupotet who had reportedly been using mesmerism on his patients for over twenty years and claimed that he had used it to cure epilepsy and other disorders. Elliotson and Dupotet began treating Elizabeth O’Key, a domestic worker with epilepsy. The pair reportedly performed a successful neck surgery while O’Key was in a mesmeric sleep. Elliotson consulted on a number of surgeries using mesmerism as an anesthetic, including a patient whose leg was amputated at the thigh.

But Elliotson had an enemy among his colleagues at University College Hospital: Robert Liston, a similarly distinguished surgeon who was known for the speed with which he could operate. Before anesthesia, after all, performing surgeries quickly was the primary remedy for painful procedures. Liston, who would later go on to be the first in Europe to use ether as a surgical anesthetic, convinced the hospital to ban the practice of mesmerism and raised suspicions of Elliotson’s work in the medical community.

Elliotson staunchly defended his work, though it cost him his job and his reputation. But the medical journals that had breathlessly reported on surgical demonstrations on mesmerized patients did an about-face, denouncing the practice as quackery.

Mesmerism and Surgery: A STRANGE CHAPTER IN THE HISTORY OF ANESTHESIA
By: GEORGE ROSEN
Journal of the History of Medicine and Allied Sciences, Vol. 1, No. 4, Anesthesia Centennial Number (October 1946), pp. 527-550
Oxford University Press 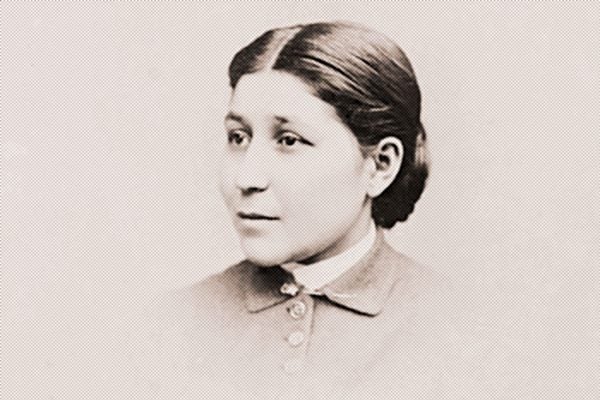 Susan LaFlesche Picotte was first Native American to be licensed to practice medicine in the U.S. She opened her own hospital, but didn't live to run it.