Many doctors embraced anesthesia, but critics in the medical community protested its use, giving rise to what’s known as the “ether controversy.” 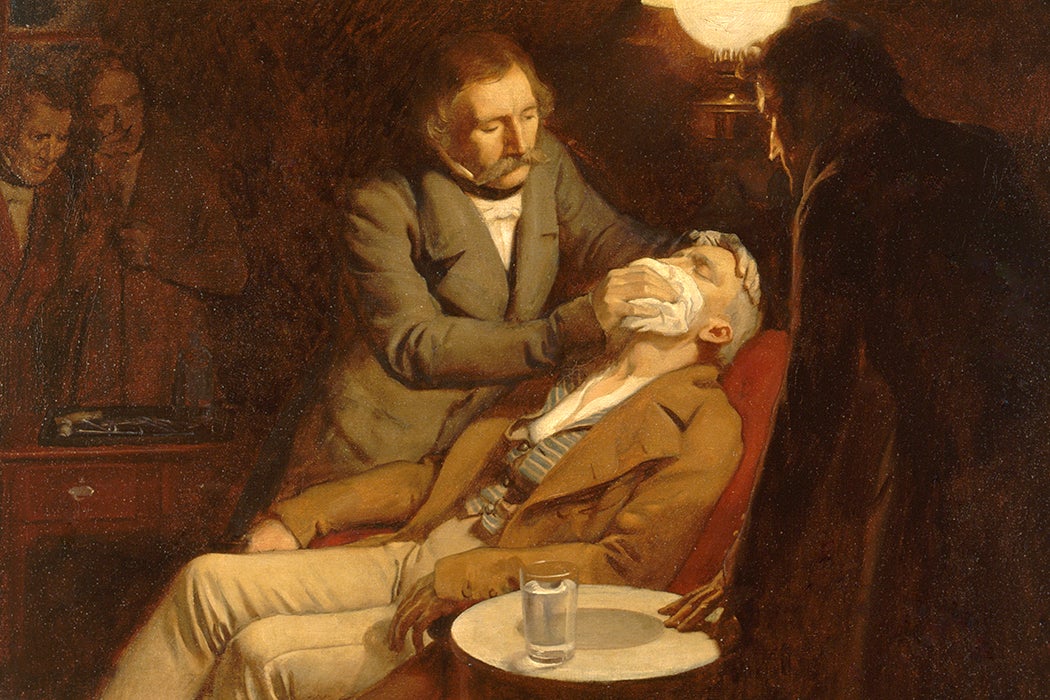 The first use of ether as an anesthetic in dental surgery by W.T.G. Morton in 1846. Oil painting by Ernest Board.
via Wikimedia/Wellcome Trust
By: Grant Shreve
3 minutes
Share Tweet Email Print

The American philosopher Charles Sanders Peirce once called the nineteenth century the “Age of Pain.” He was referring to the dispiriting uptick in suicides and nervous collapses during the Gilded Age, but he could just as well have been describing earlier decades in the century when surgeries were still performed without the aid of anesthesia. Pain was ubiquitous during this period; even toothaches achieved a philosophical weight.

The first professional implementation of anesthesia was performed by a dentist searching for a way to ease the discomfort of tooth extraction. In 1846, William G. T. Morton successfully used ether as an anesthetic during a surgery at Massachusetts General Hospital. The patient writhed and yelled on the table, but, according to literature and medicine scholar Stephanie Browner, “later reported that he had suffered no pain, only an awareness of a ‘blunt instrument passed roughly across his neck.’” Only a few years later, medical societies across the United States and Europe had embraced anesthesia.

As Morton sought to profit from his discovery, numerous critics within the medical community arose to protest its use, giving rise to what is now known as the “ether controversy.” These debates were the focal point for larger concerns over the medical profession’s role in reducing suffering.

There was a political dimension to the “ether controversy.” Every argument for or against the use of anesthesia pitted professionalism against populism.

On one side of the controversy were physicians who argued, according to history scholar Martin S. Pernick, that they had a “professional duty to prevent suffering.” Whatever anesthesia’s risks, it was a new tool in the surgeon’s arsenal which would allow them to fulfill the Hippocratic oath to “do no harm.”

On the other side were medical professionals who worried over the potentially lethal effects of anesthesia. They argued that pain was a necessary—albeit unfortunate—consequence of surgery. These critics were of the mind that no patient’s life should be put at risk for the sole purpose of reducing pain. Some even championed the medical and ethical necessity of pain, an attitude dating back at least to Dr. Benjamin Rush, the famous physician and signer of the Declaration of Independence, who was convinced that “the more dangerous the disease, the more painful the remedy.” Thus, for many physicians after Rush, the infliction of pain by surgeons and the bearing of it by patients were deemed heroic virtues.

There was a political dimension to the “ether controversy” as well. Because this debate erupted in the egalitarian atmosphere of Jacksonian democracy, every argument for or against the use of anesthesia pitted professionalism against populism. Browner notes that a “common dentist” having made this seemingly miraculous discovery appealed to “populist sentiments.” At the same time, numerous physicians remained aghast at Morton’s apparent disregard for ethical and professional codes, not to mention his crass schemes to profit from his innovation. What détente these two sides were able to realize centered on a shared concern for the welfare of the human body.

Given how prevalent anesthesia and medicinal pain relief are in our own era, Morton’s champions may have ultimately won the day. But now that the liberal dispensation of pain medication has fueled a national epidemic, conversations surrounding the “calculus of suffering” are as urgent as ever.

Ideologies of the Anesthetic: Professionalism, Egalitarianism and the Ether Controversy
By: Stephanie Browner
American Quarterly, 51.1 (1999): 108-143
The Johns Hopkins University Press
The Calculus of Suffering in Nineteenth-Century Surgery
By: Martin S. Pernick
The Hastings Center Report, 13.2 (1983): 26-36
The Hastings Center 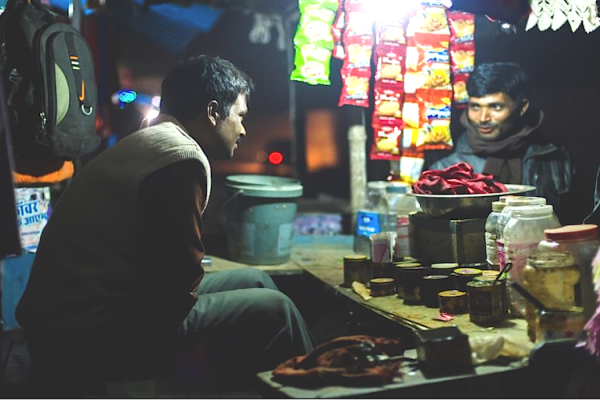 In the rural Indian province of Bihar, Husk Power Systems is converting leftover rice husks into biofuel. Now they're building mini-power plants around the country, and expanding into Tanzania.