Madame Helena Blavatsky was the 19th century’s most famous and notorious occultist. She was also the godmother of the New Age movement. 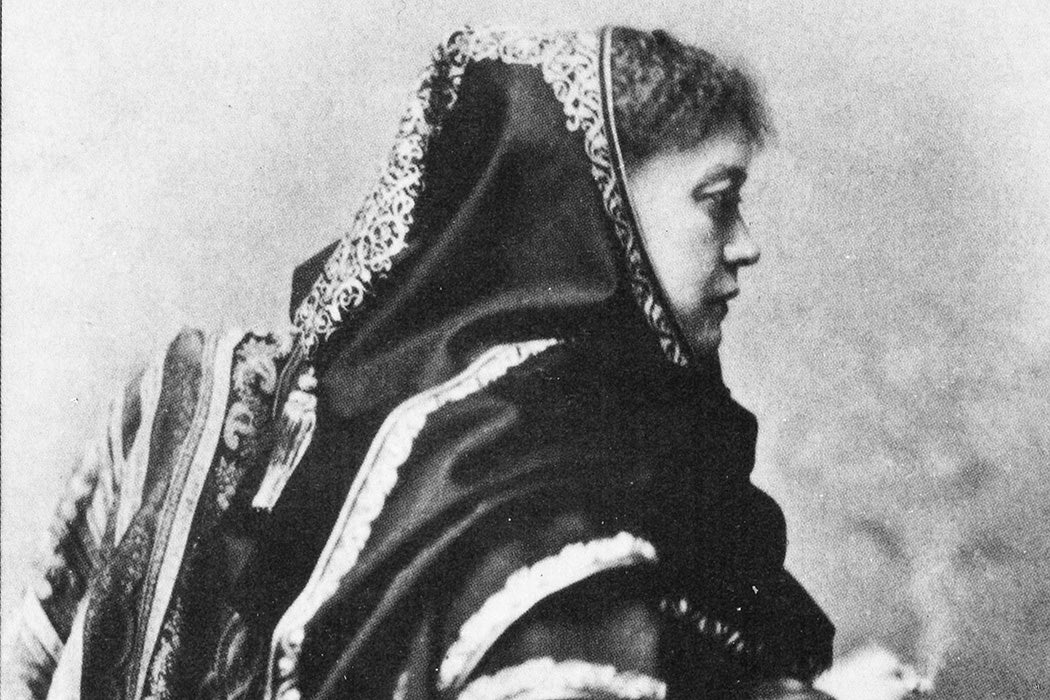 Helena Blavatsky was the late 19th century’s most famous and notorious mystic, occultist, and medium. In an era rife with spiritualism and occultism, Madame Blavatsky, as she was usually known, co-founded the still-existing Theosophical Society in 1875, aiming for a “synthesis of science, religion, and philosophy.”

Blavatsky was born to an aristocratic family in Russia in 1831. She arrived in the U.S. in 1873 after much travel, the extent of which is debated. As Mark Bevir writes, “some people say she visited spiritual Masters in Tibet, whilst others said she had an illegitimate child, worked in a circus, and earned a living as a medium in Paris.” She does seem to have gone to the Middle East and Egypt, long an inspirational source for European occultism going back at least to the hermetic tradition of the Renaissance.

In 1874 she ended up in Chittendon,Vermont, in the thick of what Bevir calls the era’s “epidemic of raps.” These sensational events were said to be spirits making rapping sounds on tables and walls, allegedly trying to communicate with the living. “On her arrival, the spirits became more spectacular than ever before.” A reporter wrote about her for his newspaper, and Madame Blavatsky was soon quite a celebrity in the spiritualist movement.

While some have described Blavatsky as a charlatan who faked paranormal phenomenon, Bevir concentrates on two of her verifiable contributions to Western religion: giving occultism an Eastward orientation and helping to turn Europeans and Americans towards Eastern religions and philosophies. He argues that she was, in fact, instrumental in encouraging “the West to turns towards India for spiritual enlightenment.” Blavatsky dug deeper than most spirit-rappers, founding the Theosophical Society and publishing articles about her philosophy; she thought her “contemporaries needed a religion that could meet the challenge of modern thought, and she thought that occultism provided just such religion.”

After all, the rise of spiritualism and occultism were intimately tied to a contemporary crisis in Christianity. One aspect of this crisis was liberal Christian antipathy to the idea of eternal damnation, thought incompatible with the notion of a loving God. The other aspect was science: geology had shown the dating of the world to be far older than the Bible’s teachings and Darwinism upended centuries of dogma. People were searching for ways to believe in such a context. The excitements of Spiritualism offered a new way to connect with the spiritual, outside of old orthodoxies.

Blavatsky, for one, had no problem incorporating Darwinism in her reading of Hindu cosmology, solving, at least in her mind, the struggle between science and religion. She “drew on Victorian orientalism to argue that the source of the ancient wisdom was India.” She lived in India from 1879-1885, where Theosophy spread rapidly (to the annoyance of Christian missionaries and the ruling British).

Bevir concludes that the “general problem which she confronted continues to provide the rationale for many New Age groups. They too try to reconcile religious life with a modern world dominated by a scientific spirit.” So while the reigning fashion of yoga pants might seem pretty distant from the occult Madame Blavatsky, Bevir suggests she was truly the midwife of the New Age.

The West Turns Eastward: Madame Blavatsky and the Transformation of the Occult Tradition
By: Mark Bevir
Journal of the American Academy of Religion, Vol. 62, No. 3 (Autumn, 1994), pp. 747-767
Oxford University Press 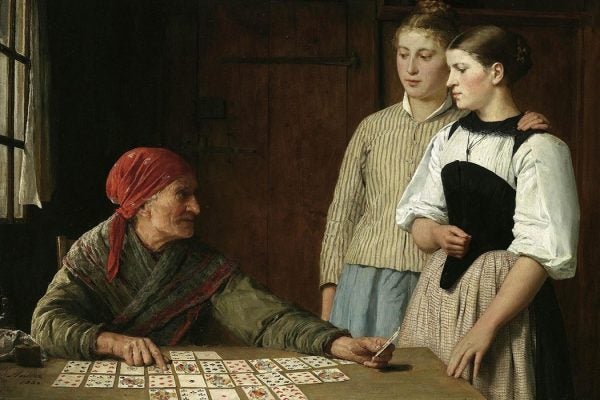 The Surprising Historical Significance of Fortune-Telling

The possible futures predicted by fortune-telling happen just often enough to tantalize, preying on our deepest aspirations of catching a "big break."