What Parkland Tells us About Teens and Social Media

While America’s parents have been wringing their hands over online safety, kids have steadily taken to social media, smartphones, and other digitally-enabled technologies to seek and promote their physical safety. 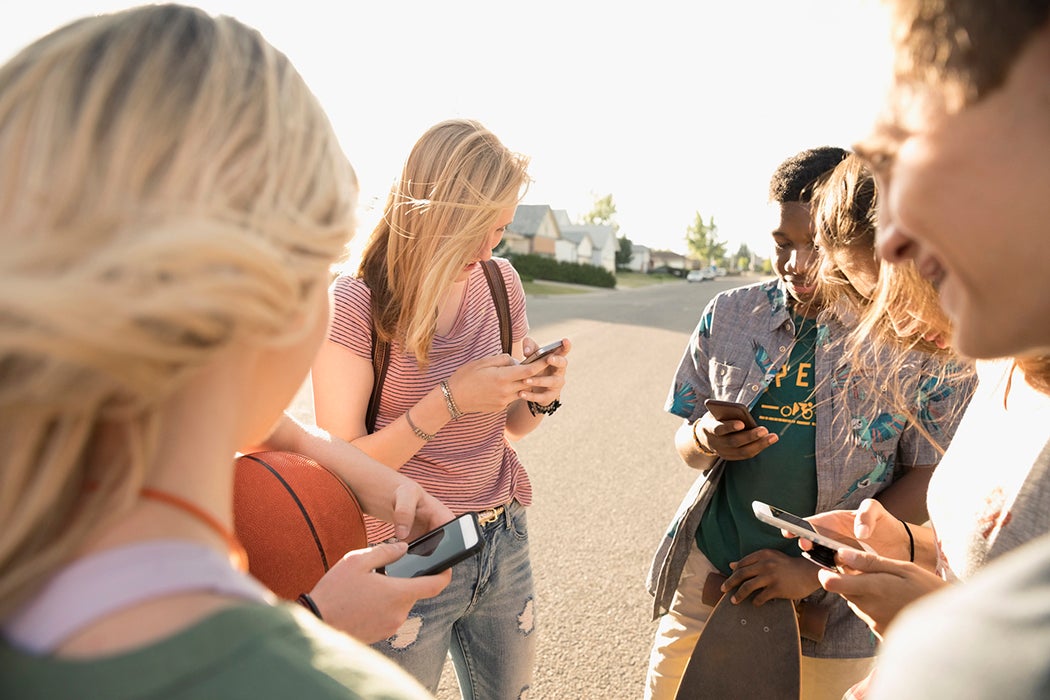 If the February shooting at Marjory Stoneman Douglas High School proves to be a turning point in America’s gun debate, it won’t be because of America’s parents. While our children have been shot in schools, playgrounds, and homes, what have we been worrying about? Screen time, smartphones, and video games.

But shootings are now the third leading cause of death for U.S. children, whereas—last time I checked—the internet can’t actually kill anyone. (While some people speculate that cyberbullying may be driving an increase in teen suicide rates, we know that teens are increasingly turning to guns in their suicide attempts.) Video games are another popular culprit: in a 2014 article on legal efforts to connect videogames and mass shootings, Christopher J. Ferguson argues that “the social narrative that mass shootings and video games are linked persists by paying attention to cases that fit the narrative…and ignoring those that do not.”

Why we worry about the wrong things

It would be comforting to believe that we could keep our kids safe by taking away their gaming controllers and smartphones. But that’s a fantasy grounded in what sociologists call “risk anxiety.” As Scott et al. explain in their 1998 article on risk anxiety and children,

In the late twentieth century we live our everyday lives amidst the almost constant reflexive monitoring of global risk which pervades our sense of how to manage ourselves and the world, with little regard for either actual global magnitude or local specificity. Risk anxiety [is a] constant and pervasive feature of everyday consciousness, managed through everyday practices; it might be fuelled by public discussions of risk, but individuals are left to find their own ways of coping with the uncertainty it engenders…The fusion of risk anxiety with protectiveness engenders a preoccupation with prevention, a need for constant vigilance in order to anticipate and guard against potential threats to children’s well-being.

Surprise, surprise: living in a state of constant anxiety does not lead to making smart evaluations of what actually endangers our kids. Scott et al. offer the example of parental anxiety over child abductions: “While it is well documented that sexual risk to children is most likely to be posed by intimates,” they write, “it is ‘stranger danger’ which hits the headlines, captures the popular imagination and informs education campaigns.”

Our culture’s technology anxiety makes us worry about virtual threats when we should be worrying about physical ones.

Just as the pervasive culture of risk anxiety makes parents worry about strangers when we should be worried about our creepy uncles and babysitters, our culture’s technology anxiety makes us worry about virtual threats when we should be worrying about physical ones. We feel that throb of unease about our kids’ immediate and long-term well-being, and we twin it with the unease we feel about our overflowing inboxes and our constantly buzzing phones and our Facebook pages and the prospect of killer robots.

We worry about our kids and we worry about technology, and a thousand news stories and playground conversations encourage us to let those two worries intertwine. As Nicholas Sammond writes in his examination of a YouTube-fuelled media panic over an alleged outbreak of Tourette’s among teen girls in a New York town,  “[a] durable narrative in media studies and communication since the early twentieth century has been that popular media, when consumed by developing children, have effects on those children that may negatively or positively alter their futures.”  Believing that narrative lets us believe that our kids’ well-being is under our control — when it’s actually guns, and not kids or screens, that need controlling.

The kids are online

While America’s parents have been wringing our hands, kids have steadily taken to social media, smartphones, and other digitally-enabled technologies. And a good thing, too, because it turns out that social media may allow America’s kids to save themselves from the actual dangers they’re facing.

Look at Emma González, David Hogg, Cameron Kasky and Jaclyn Corin. A month ago they were anonymous teenagers, but since surviving February’s horrific shooting at Stoneman Douglas high school in Parkland, Florida, they have become some of America’s leading gun control advocates. While public horror over previous school shootings has quickly given way to apathy and legislative gridlock, the Parkland shooting seems to be yielding qualitatively different results.

Companies like Delta and Hertz have ended their discount programs for NRA members. Both Walmart and Dick’s Sporting Goods have raised the minimum age for gun purchases to 21. And perhaps most surprising, a Republican president actually voiced support for gun control measures.

Commentators agree that the articulate leadership of Parkland’s student survivors has driven the attention and response to this particular shooting. And while many have noted that the attention paid to these students is undoubtedly affected by their class and race privilege, a number of observers (like Vanity Fair’s Maya Kosoff) have also drawn a connection between their generation’s social-media savvy and the students’ ability to articulate and spread their message.

One student started posting his thoughts to Facebook immediately after the shooting, which led to on-camera appearances on CNN. Other students began posting to Instagram and Twitter, using the  #NeverAgain as a hashtag for their nascent movement. Student survivors posted regularly to their own social media accounts, quickly growing massive followings that they used to directly challenge the NRA and other pro-gun forces, sharing viral quips like:

We should change the names of AR-15s to “Marco Rubio” because they are so easy to buy.

This savvy use of social media fulfills long-held expectations about how the Internet can transform politics, and particularly, empower younger activists.  Writing about the role of Facebook in the 2008 Presidential election, political science scholars Juliet E. Carlisle and Robert C. Patton note that young Americans are “more quick to embrace the advances in Internet technologies than any other cohort and the overwhelming propensity,” with “80 percent of eighteen- to twenty-five-year-olds perceiving the Internet as a ‘useful source of political and issue information’ versus the 48 percent of those over twenty-five.”

Social media means that young people don’t have to convince middle-aged newspaper editors or TV journalists that a story matters.

But it’s not like a birthday after 2000 and a healthy supply of collagen miraculously endow young people with the ability to foment revolution online. In a 2016 article looking at how age and income predict online participation, political science scholar Jessica T. Feezell find that while “[y]ounger respondents are more likely than older respondents to be Internet users….age is not a statistically significant predictor of online political participation.” What turns out to matter is the intensity of ideological commitment, education levels, and gender: men engage in online politics more than women do.

Feezell’s findings help explain why Parkland is the place that has birthed these effective young gun-control activists. As others have documented, it’s a remarkably privileged enclave—the kind of place where kids receive the kind of civics education that lays the groundwork for effective online engagement. “Insofar as more-educated youth have more economic and social resources,“ scholars Laura Wray-Lake and Daniel Hart note in their 2012 article on social inequalities in youth engagement, “they may have more opportunities to replace conventional politics with novel ways to engage in social issues.” That gives Feezell (and the rest of us) reason for hope: “As the socioeconomic digital divide narrows and the cost of getting online continues to fall,” she writes, “we may see political participation in the online setting become far less affected by age and income or other resource biases that are common in offline political participation.”

Young people have long powered social movements, but what we are seeing now is a radical shift in the terms on which youth-powered social movements compete for public attention and policy action. Social media means that young people don’t have to convince middle-aged newspaper editors or TV journalists that a story matters; they don’t have to rely on a media studies or video production class to equip them (likely poorly) for their on-camera moments. All they have to do is get around their parents’ screen time restrictions in order to take their place on the public stage.

And the Stoneman Douglas kids aren’t the only ones to figure that out. Young African-Americans used the #BlackLivesMatter hashtag to bring the civil rights movement into the social media age, (and unlike the Parkland survivors, got little love for it.) The young people known as Dreamers now drive the national debate on immigration, using digital tools to share information and organize, even when it puts them in personal jeopardy. If we’re going to make any headway on climate change, it will be thanks to young people using the internet to educate and organize. Add the Occupy moment to the list, too: as Ames writes, Occupy “promoted its protests through the social networking sites most frequented by youth in the U.S. As a result, young people made up the majority of the participants.”

We can keep worrying about Snapchat and sexting and violent video games, or we can start focusing our attention on what really poses risks for our kids: Climate change. Gun violence. Poverty. Racism. If we can’t bring ourselves to pay attention to the issues that actually threaten our children’s lives, at least we can get out of their way while they use social media to fix the problems we’ve created. 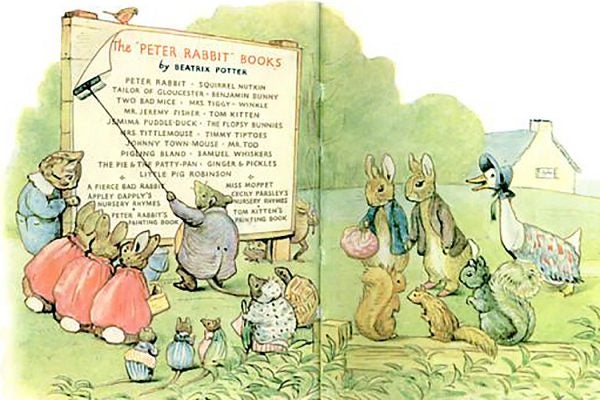 The Other Side of Beatrix Potter

Beatrix Potter's biography covers a lot more than just cute bunnies getting into trouble in mean old Mr. McGregor's farm. Not that there's anything wrong with that.