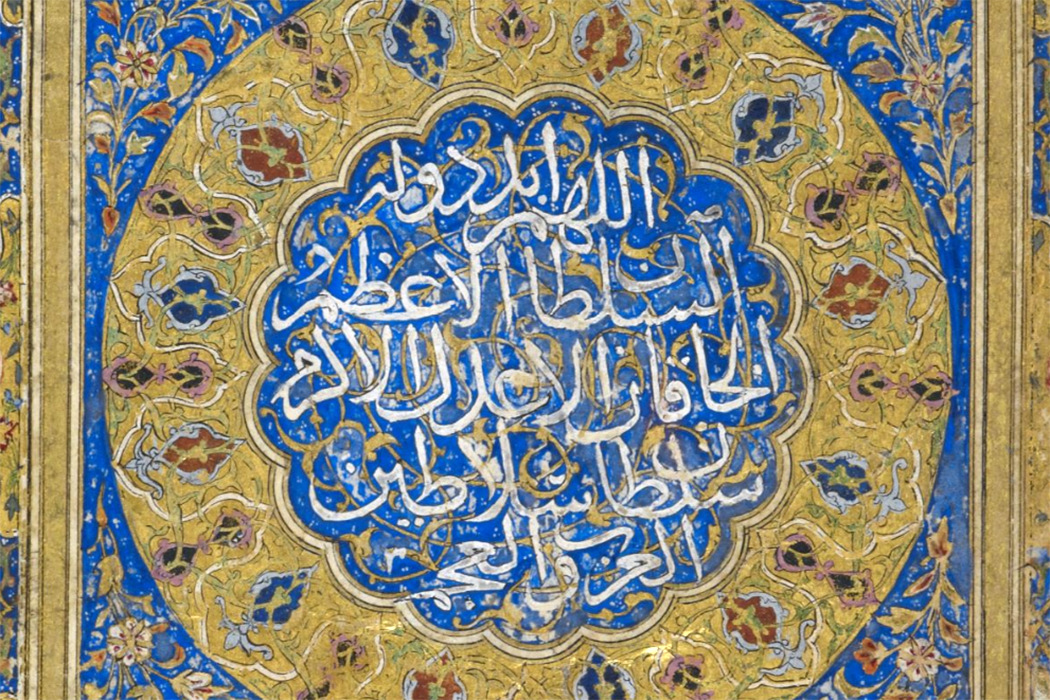 A frontispiece from The Miscellany of Iskandar Sultan
via the British Library
By: Amelia Soth
4 minutes
Share Tweet Email Print

The Miscellany of Iskandar Sultan is a book lover’s fantasy: a bespoke manuscript, hand-painted and hand-written by the greatest artists and calligraphers of its day. The patchwork book is pieced together from a wide range of texts, from epic poetry to learned disquisitions on astrology, medicine, and the interpretation of dreams. It is a fifteenth-century library distilled into a single volume and a relic of another world. In a time before copyright, texts could be borrowed, copied, and recycled into something new. In a time before mass-scale printing, a book could be a deeply personal affair, curated exactly to its patron’s unique set of interests. In a time before the internet, a pocket-sized library was the best way to carry a world of knowledge everywhere you went.

The Miscellany’s patron was Jalāl al-Dīn Iskandar Sultan ibn ‘Umar Shaykh, ruler of Shiraz and Isfahan and grandson of the world-famous conqueror Timur. From the start, Iskandar Sultan seemed to be marked for good fortune. He was born into a wealthy, powerful family. His astrologer told him that the stars at his birth presaged a long and successful life, a prediction which Iskandar Sultan preserved in the form of a lavish, gilded zodiacal map. According to the flattering (and probably false) account of his court historian, the conqueror Timur recognized the “luminosity of good fortune” shining from his grandson’s “blessed visage,” and appointed him as his heir.

Perhaps it was this overabundance of good omens that led Iskandar Sultan to take the reckless course that ultimately sealed his fate. Only a few years after the completion of the Miscellany, Iskandar Sultan was killed for rebelling against his powerful overlord. He was just thirty-one. The luxurious manuscripts Iskandar Sultan commissioned are the only lasting monuments to his brief reign. Among them, the Miscellany is the crowning jewel.

Bounded in ornamented leather, the book has the feeling of a tiny jewelry box.

Bounded in ornamented leather, the book has the feeling of a tiny jewelry box. Even its size (just five by seven inches) is jewel-like. Yet the illuminators filled its tiny pages with delicate details. Set amid the lacework of the calligraphy, the Miscellany’s paintings are like tiny windows that peer into brilliant worlds of gold skies and silver lakes. These shadowless landscapes are flat and luminous as scenes in stained glass, and so are the slender, moon-faced beauties that inhabit them. Interestingly, one of these paintings contains an image of the Prophet Mohammad, ascending through the seven heavens on the back of a winged, human-headed donkey known as the Buraq. Around him, starry clouds swirl between angel’s rainbow wings. At some point in the book’s history, however, a reader took offense at the depiction of the Prophet and rubbed away the figure’s face, leaving a blank smudge.

Although the paintings are marvelous, it is the formatting of the text that makes the book truly striking. The manuscript is collage-like in appearance. The text is arranged like a work of architecture, each chunk of calligraphy interlocking with another like the pieces of a puzzle box. The gathered excerpts that comprise the Miscellany are stitched together on its pages like patches on a quilt. Sections of text stack on top of one another, interlaced like fretwork. Bursts of flowers and tangles of vines fill the empty spaces between sections of writing. In one spread, a poem sits in a block at the center of each page, while another poem radiates out from it like rays of light. In another, a bright painting fills the page, while a golden block of text zigzags around its corner. The pages of this book cannot be read in the usual way. They must be navigated and explored, wandered through like labyrinths.

In the artistic culture from which the Miscellany arose, calligraphy was considered to be a form of art superior to painting. Beautiful script had a touch of the divine, and the flowing lines of letters were meant to be appreciated for both their function as bearers of meaning and their loveliness as harmonious forms. This ethos finds expression in the lavish beauty of the Miscellany’s pages. The ornamented letters blaze and glow in gold and dark blue. These celestial colors run through the text, echoing the colors of the zodiac map with which Iskandar Sultan immortalized his horoscope and his promised blessings.

Like the horoscope, the Miscellany asserts its patron’s good fortune:

With the pen of Justice, Fortune has inscribed the signs of grace
and bounty on the page of your days, in both text and margins.

Perhaps it is not surprising that the text would describe life itself as a relationship between text and margin. After all, the Miscellany is nothing if not a masterpiece of marginalia. 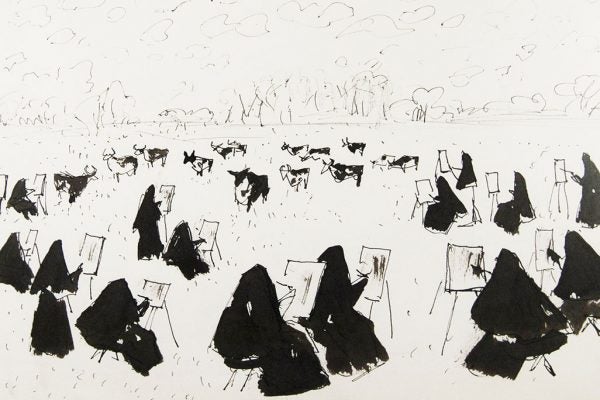