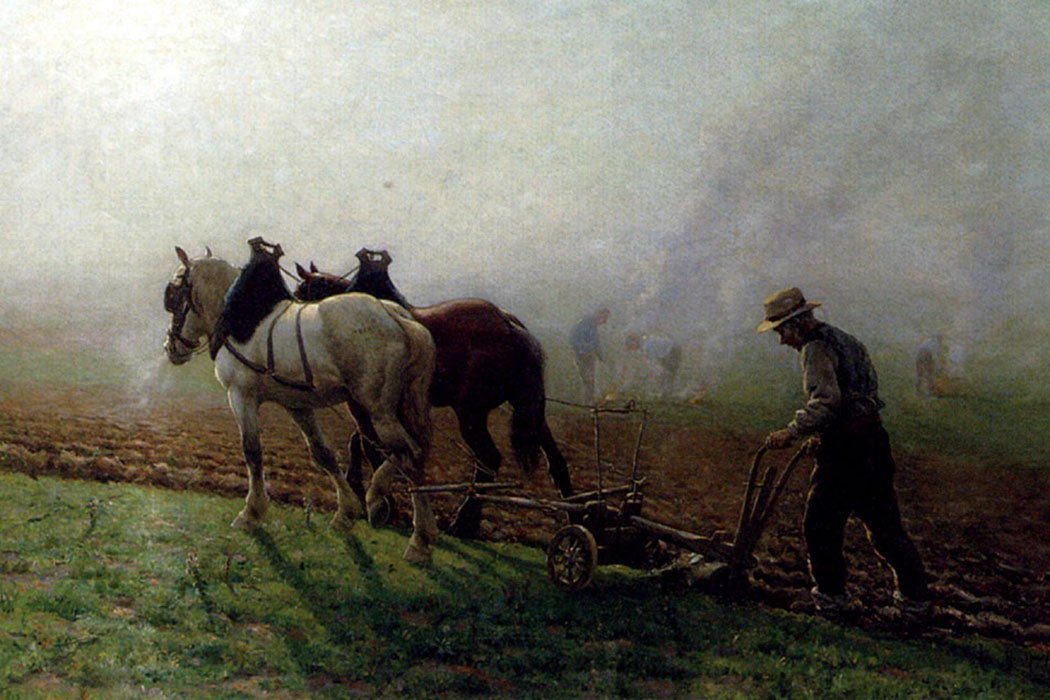 If you want to be good with horses and aren’t too squeamish, here’s a spell for you. It’s the ritual described by John Reibetanz in his poem “Sam Appleby, Horseman:”

I hung the limp toad up to dry
Overnight on a blackthorn tree, like Shecky said,
Then stuffed it in an anthill for a month,
And by the full moon’s light pulled out a chain
Of bones, picked clean.
Then came the tricky part.
You carry the skeleton to a running stream
To ride the moonlit water, but you dare not
Take your eyes off it till a certain bone
Rises and floats uphill against the current;
Then grab this bone—a little crotch bone it is,
Shaped like a horse’s hoof—and take it home,
Bake it and break it up into a powder:
The power’s in the powder.

In the folklore of East Anglia (eastern England), a man who performed this rite became a “Toadman,” a kind of witch known for having a powerful affinity with horses. A Toadman could calm a raging horse, or turn a tame one wild, so that no one else could calm it.

Becoming a Toadman would have been an appealing prospect to the typical nineteenth-century East Anglian ploughman. As skilled laborers, ploughmen were a notch above farmhands, but they lacked the clout of the landowners. A good ploughman was always in demand, but a bad one quickly became a figure of gossip. With a position like that, at once rewarding and tenuous, a little supernatural help could hardly go amiss.

A typical farmer of the day employed three horseman: the waggoner, the second chap, and the third chap. The waggoner was the most experienced and the head of the team, while the third chap was usually a lad of about sixteen, just learning the trade. Thrown together by circumstance, the ploughmen looked out for each other, shared tips, and traded secrets. They saw themselves as a class of their own, neither bosses nor ordinary laborers.

To protect their profession, ploughmen jealously guarded the secrets of their trade. Many of the “magical” techniques used by these ploughman reveal themselves to be a matter of a deep understanding of horse psychology. They perfected, for instance, the trick of attracting horses with pleasant odors and halting them with repugnant ones. Then there were the special potions that they fed the horses to give their coats a sleek gleam, concoctions that sometimes contained arsenic, brake root, and other poisonous ingredients. The wrong dosage could kill the horse, so it took a trained hand to mix it right.

The Society of the Horseman’s Word centered around a magic word that, when whispered in a horse’s ear, granted power over the beast.

The Toadmen were not alone in their penchant for horse magic: Up north in Scotland, a variation of the practice, the Society of the Horseman’s Word, flourished. This secret society centered around a magic word that, when whispered in a horse’s ear, granted power over the beast. The initiation ritual was not for the faint of heart, as it involved the quaffing of a half-bottle of whisky.

Did the Toadmen really believe in the power of the toad-bone, or was their secrecy simply a clever way of shielding the profession from outsiders? Sadly, scholars only started studying this tradition at the moment when it began to fade away. As the foremost scholar of East Anglian folklore, George Ewart Evans, wrote, his informants “were the last generation in a continuous line since farming began… the generation stood out, for in their lifetime in this arable area there had been a complete revolutionary change, a break in which virtually all the work in farming was now done by machine.”

Evans argues that the Toadmen were the last gasp of an ancient tradition of horse worship stretching back to the age of Roman rule in Britain. Other scholars contend that the secret society of ploughman was the product of its time, rather than the last link in an ancient chain. It came into being in a brief historical window, after draught horses replaced oxen as the farm’s major beasts of burden, but before the tractor took the horse’s place. In this version of the story, the Society of the Horseman’s Word was less mystic cult than proto-trade union.

In either case, as the tractor came into widespread use, the plough horse vanished. With it went the secret societies, the magic words, and the sacrificial rituals that had grown around the ploughman’s world. Ironically, that shift may be why Evans was able to learn as much as he did. One eighty-year-old informant, for instance, refused to speak until Evans reminded him that his horses had left the farm years ago. There was no longer any use for keeping secrets. 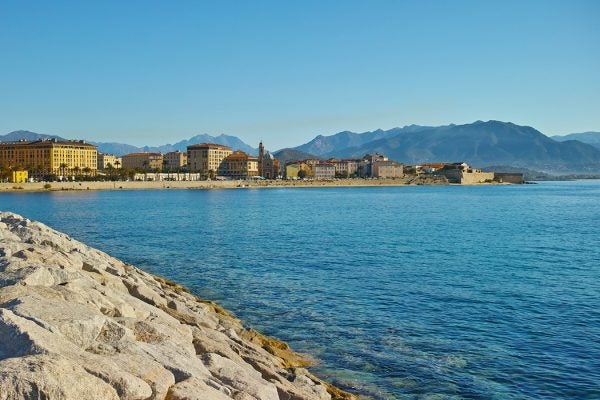 American often gets credit for having the first written constitution. But the constitution of the short-lived republic of Corsica preceded it by 30+ years.