This all-girls boarding school in England produced a generation of accomplished female writers in the eighteenth century. 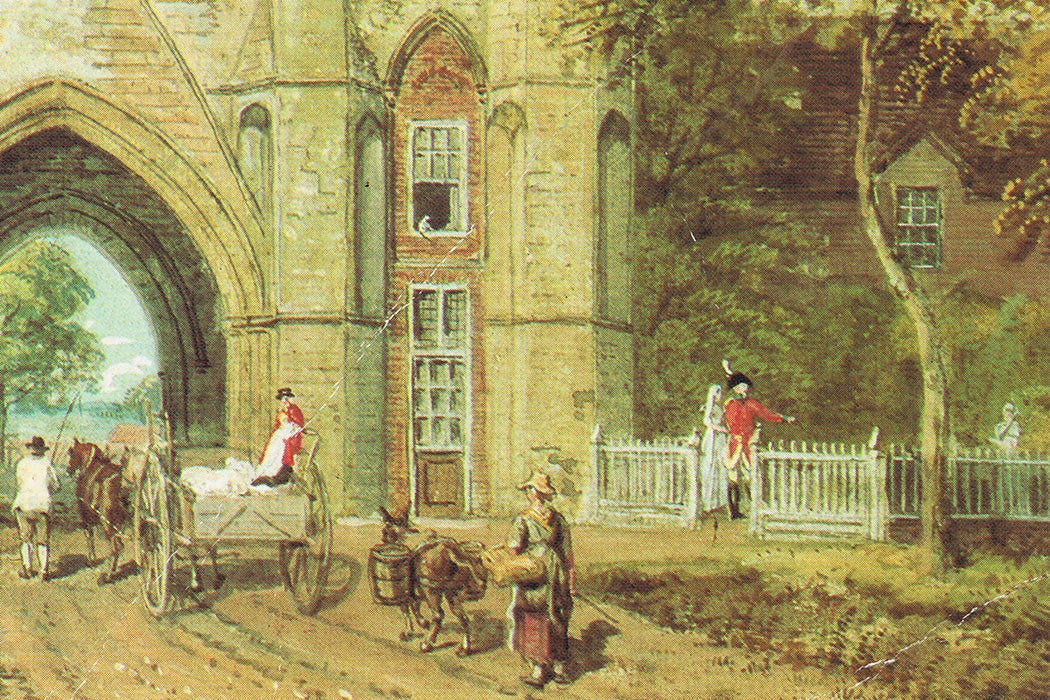 The Enlightenment had people in eighteenth-century Europe questioning every aspect of life, and a topic near the front of the queue was women’s education. What was the purpose of boarding schools for girls? Should they just be a lodging place for families to squirrel away inconvenient daughters until they were old enough to marry, or should they have a cultured faculty capable of producing female geniuses?

The teachers at English boarding schools, often unmarried older women who were compelled to earn their own livings, had to perform a balancing act with their pupils. The girls under their care and tutelage had to be sufficiently prepared for the inevitable station of marriage; at the same time, they had to be given enough instruction to offer them the possibility of a career (but only if marriage didn’t pan out). Girls couldn’t be too educated—potential husbands didn’t want an intellectual rival—but they also couldn’t be too ignorant.

“As a result of the prevailing sentiments of the day,” writes researcher Linda Ann Ryan, “John Gregory’s A Father’s Legacy to his Daughters (1774) advised them [his daughters]: ‘But if you happen to have any learning, keep it a profound secret, especially from the men, who generally look with a jealous and malignant eye on a woman of great parts and a cultivated understanding.’”

The feminist-philosopher Mary Wollstonecraft (1759–1797) found this conundrum hard to bear during her time as a governess, or private tutor, for the daughters of a wealthy family. “To the astonishment of her charges,” writes Wollstonecraft biographer Charlotte Gordon, “she called the accomplishments their mother deemed so important—fancy needlework and French pleasantries—a ‘heap of rubbish.’” Wollstonecraft was fired after only one year of service.

The Reading Abbey Girls’ School, however, seemed to have found better success in developing a curriculum that was satisfactory for both the students’ creative powers and the worried parents paying the hefty fees. First located in Reading, Berkshire, and operating between the years 1755–1794, its name reflects its impressive staff and students. It attracted bookish women with impeccable pedigrees and levels of professionalism. François Pierre Pictet, former secretary to Russian Empress Catherine the Great and associate of Voltaire, taught at its original location.

When the school relocated to 22 Hans Place, London, it retained its original name and attracted even more illustrious figures with its advanced and sophisticated courses of modern and ancient languages (Greek and Latin, usually preserved for boys’ education), ballroom dancing, good manners, drama, rhetoric, and poetry. Lady Caroline Lamb, later the author of the Gothic novel Glenarvon, thrived there as a child. Her teacher was a gifted former pupil, Frances Arabella Rowden. According to author Mary Russell Mitford, who was also Rowden’s protégé, Rowden “had a knack of making poetesses of her pupils.” This was certainly true: Poet Letitia Elizabeth Landon was Rowden’s student and seemed to have first found her voice at the all-girls’ institution. Reading Abbey Girls’ School also has bragging rights for fostering the minds of travel writer Emma Roberts and novelists Anna Maria Hall and Baroness Rosina Bulwer Lytton.

But the school’s greatest claim to fame may be that Jane Austen and her sister Cassandra called the London location their home in 1785–1786. Their father, the lower middle-class rector George Austen, made great personal sacrifices to pay for their term there, giving them the finishing school experience usually reserved for wealthier girls. Austen’s time at the school, although short, made such an impression that she later recast it as Harriet Smith’s pleasant and harmless live-in academy, Mrs. Goddard’s School, in her 1815 novel Emma, describing it in her trademark affectionate and humorous manner as “a real, honest, old-fashioned Boarding-school, where a reasonable quantity of accomplishments were sold at a reasonable price, and where girls might be sent to be out of the way and scramble themselves into a little education, without any danger of coming back prodigies.” In other words, it found that aforementioned meeting place between raising “proper” ladies and raising “smart-enough” ones. But Austen was wrong about the school’s inability to produce prodigies. Unless, of course, she was being sarcastic as usual.