Is Emma Really the Heroine of Emma?

Jane Austen gave her character Emma Woodhouse plenty of off-putting qualities. So does she even deserve her popularity? 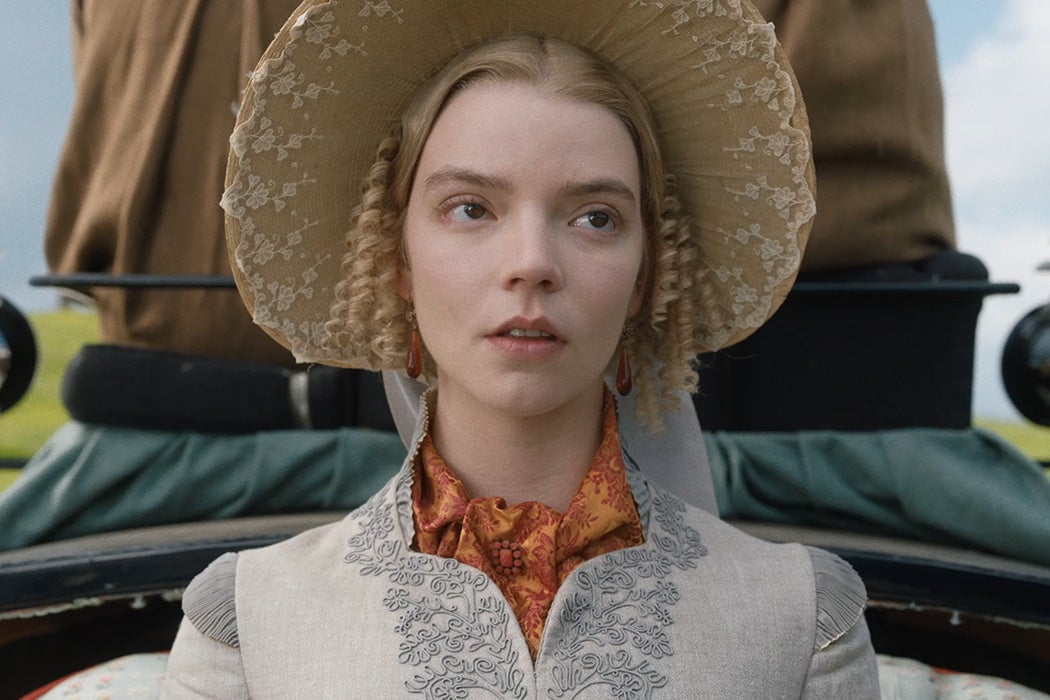 “Emma Woodhouse, handsome, clever, and rich, with a comfortable home and happy disposition, seemed to unite some of the best blessings of existence; and had lived nearly twenty-one years in the world with very little to distress or vex her.” So begins Emma, one of Jane Austen’s most beloved books. But not everyone is carried away by Emma’s charm. To some readers, her decidedly unhandsome actions—meddling in love affairs and acting like an entitled brat among them—are cause for vexation and distress in and of themselves. And, writes English scholar Barbara Z. Thaden, that could even be the point. “Emma was not intended to be or become a sympathetic character,” she writes—and, she suggests, Miss Woodhouse might not even be her eponymous book’s own heroine.

Unlike Austen’s other heroines, Emma is beloved and seemingly blessed. Well treated by her family and well regarded by everyone around her, she flies in the face of heroines like Pride and Prejudice’s Elizabeth Bennet, who is charming but without social cachet, Sense and Sensibility’s stoic Elinor Dashwood, or Persuasion’s forgotten spinster Anne Elliot. She resembles others in the Austen world, though—but as Thaden suggests, it’s the condescension, pride, and social security of plenty of Austen’s villains that she shares.

Unlike other charming and wealthy Austen characters, Emma never has to prove her worth.

Thaden dissects Emma’s supposed charm—a quality that, she argues, pulls the wool over readers’ eyes. Meddling, cruelty, and entitlement are interpreted by other characters, and readers, as evidence of her superiority, but unlike other charming and wealthy Austen characters, Emma never has to prove her worth. Instead, she manipulates other people’s lives and romances, and seems unlikely to change her ways after snagging Mr. Knightley, a longtime friend she has encouraged another woman to love.

The enigmatic Jane Fairfax, on the other hand, is given none of her foil’s intrinsic tools. Forced to seek a post as a governess because of her orphan status, she is the only woman Emma envies. But she is nothing like her: Where the richer Emma can do as she pleases, Jane must “endure silently while a flirt of high social standing plays with the man she loves.” Jane Fairfax, argues Thaden, is more like Jane Austen than most of her heroines.

Well-behaved and wary in public and witty in private, Austen chafed at societal obsessions with marriage, rank, and social status. That makes Emma a decided aberration. Unlike her other novels, which star put-upon women trying to navigate social systems that constrain them, Emma stars the ultimate insider, the kind of woman for whom those structures of hierarchy have been designed.

Thaden doesn’t have conclusive answers, and that’s okay. Part of the fun of Emma is its outlier status—and some of its longevity could lie in conversations provoked by its heroine’s unlikable actions. “Perhaps Jane was to have had our sympathy all along, and our job as readers is to resist Emma’s charm,” writes Thaden. And even if you can resist Emma’s wiles, Emma‘s piquant pokes at the unfair social order of its day are worth their own love affair.

Racking up likes and followers today resembles the nonstop friending of 19th-century England. But Austen's characters figured out how to disengage.