Alcoholic apple cider has been around for centuries. So why does “hard cider” feel like a new trend? 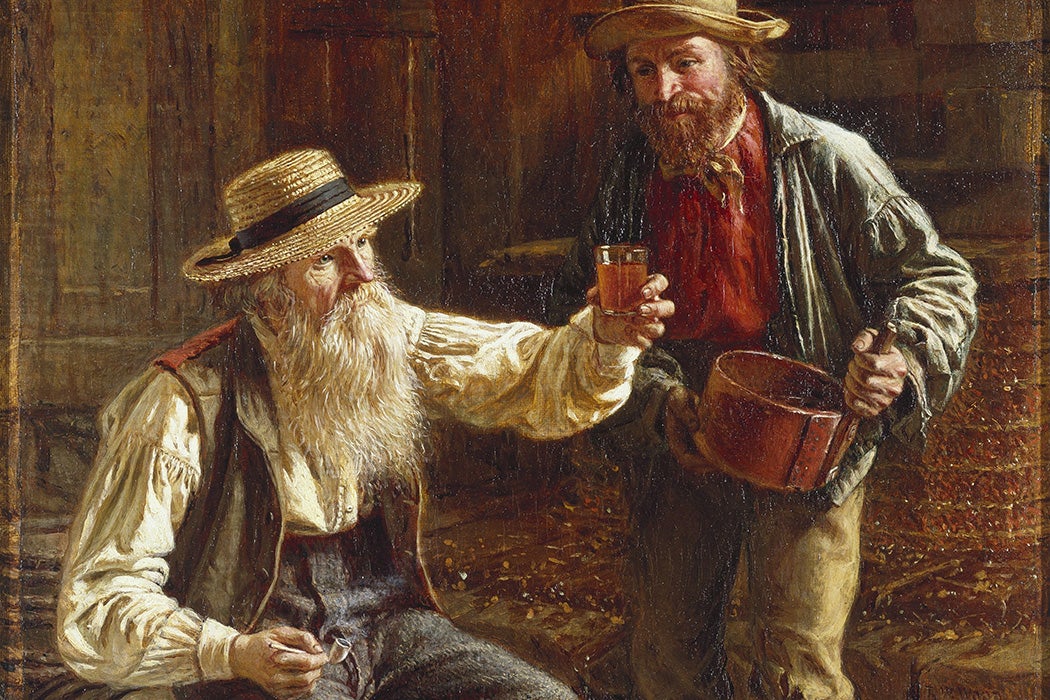 How many apple varieties can you name? According to ethnobotanist David Reedy et al., there are 728 named varieties of cider apples (distinct from eating apples, of which there are easily another 700 plus). Among cider varietals you might not be familiar with: Box Kernel, Slack Ma Girdle, Pig’s Nose, Foxwelp, Fair Maid of Taunton, Wooten Late, and Hang Down.

The word cider goes back five thousand years to the epic of Gilgamesh.

But don’t fret too much about your limited apple lexicon. It turns out that even cider-makers don’t necessarily know all these names. Studying “folk taxonomy,” Reedy et al. surveyed cider-makers in Washington State, England, Wales, and Northern Ireland:

Cider makers who have a sense of rootedness to their land often know intricate details about trees in their orchards. They may know the rate at which they bloom, which trees do better in which conditions, or what the sugar levels of fruit will be on a given year. With all this knowledge, why would names have significance?

Apple names aside, cider, which has had something of a renaissance in recent years in the U.S., has old roots. According to Reedy et al., the word goes back five thousand years to the epic of Gilgamesh. In that text, Sidre (a.k.a. Siduri), the daughter of the sun god, tries to convince Gilgamesh that his search for immortality is ridiculous, arguing that the pleasures of this world, here and now, are greater. Especially with fermented fruit juices.

In the American colonies, everyone drank cider, often due to fears of unsafe water. The first American orchard was planted in 1635 in Boston. Historian of the apple parer Don Thornton reminds us that in the early American colonial era apples were a staple: in addition to being pressed for cider, they were dried for the winter, turned into applesauce, apple butter (which has a much longer shelf life than sauce), and cider vinegar.

Then a funny thing happened to American cider: first beer grew in popularity, then Prohibition crushed the cider industry. After Prohibition, “hard” was added to cider to signify alcohol content (which is comparable to beer’s). Today, when Americans say “cider,” we usually mean apple cider, the unfiltered, unfermented juice of apples—perfect for the teetotaler.