In the nineteenth century, the state used a new education system to shape young citizens’ attitudes toward a shrinking empire and the emerging Republic. 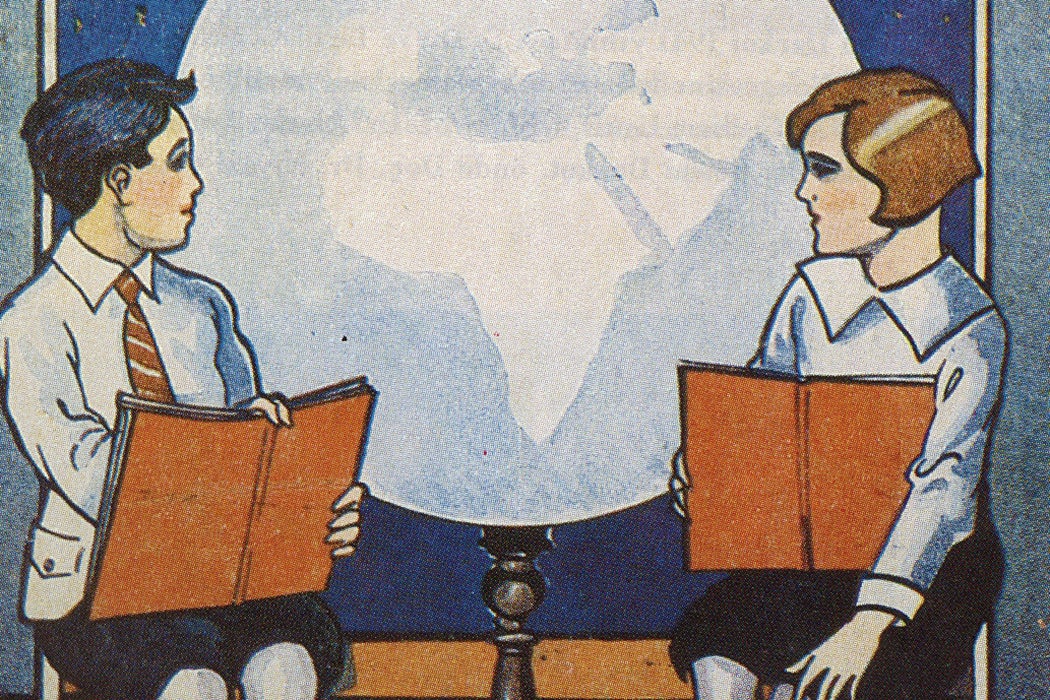 From the cover of a Turkish teacher's book on geography, 1925
via Wikimedia Commons
By: Livia Gershon
3 minutes
Share Tweet Email Print

How should schools teach young people about their nation’s past and prepare them for its future? These are questions we ask today, and, as historian Benjamin C. Fortna writes, they were also on the minds of educators living in the final decades of the Ottoman Empire and the early years of the Republic of Turkey.

Earlier in the Ottoman Empire’s long history, Fortna notes, education was largely the responsibility of religious institutions. But in the mid-nineteenth century, the state created a new system, largely modeled on French schools. Authorities looked to education as a tool for training bureaucrats and for filling jobs in a modernizing economy.

The government began building new schools using architectural designs that instantly marked them as government buildings. Where traditional religious teachers sat in a circle with their pupils on floor cushions working with slates, the new schools had desks in rows, with a teacher at the front of the classroom and printed texts for each student.

An 1881 reader informed young students that “the stories that are considered education in our homes consist of baseless, shocking words and mere illusions.”

Schools also increasingly conveyed political messages about the state. They used maps to show the Empire as a united whole, even as it declined in size and power. And student texts presented changes in the schools themselves as part of a project of progress and modernization. Illustrations portrayed religious teachers in robes and turbans as backward and stupid in contrast to “modern” teachers in the secular state system who wore suits and ties and presided over orderly, well-lit classrooms. In some cases, they also mocked traditional education delivered by parents in the home. An 1881 reader informed young students that “the stories that are considered education in our homes consist of baseless, shocking words and mere illusions.”

“Children’s families were either openly mistrusted or conveniently sidelined as the state attempted to establish a more direct relationship with its young citizens,” Fortna writes.

Fortna argues that Turkish independence accelerated trends that were already in motion. In March 1924, just a few months after the founding of the Republic, the government outlawed Koran schools and placed all educational institutions under the control of the Education Ministry.

Education was a central priority for the new government. Mustafa Kemal Atatürk, the Turkish Republic’s founder, was sometimes known as the educator-in-chief. In 1928, he toured Turkey with a blackboard, showing the public how to write in the Latin-based alphabet adopted by the new state.

For the new, self-consciously modern and secular Turkey—and for other post-Ottoman nations—it was politically useful to draw contrasts between the supposedly backward empire and the emerging modern governments. One 1926 Turkish children’s reader, for example, described how the “poor, hungry and naked” Turks lived as “slaves of the Sultans,” who lived in decadent pleasure palaces until they were overthrown.