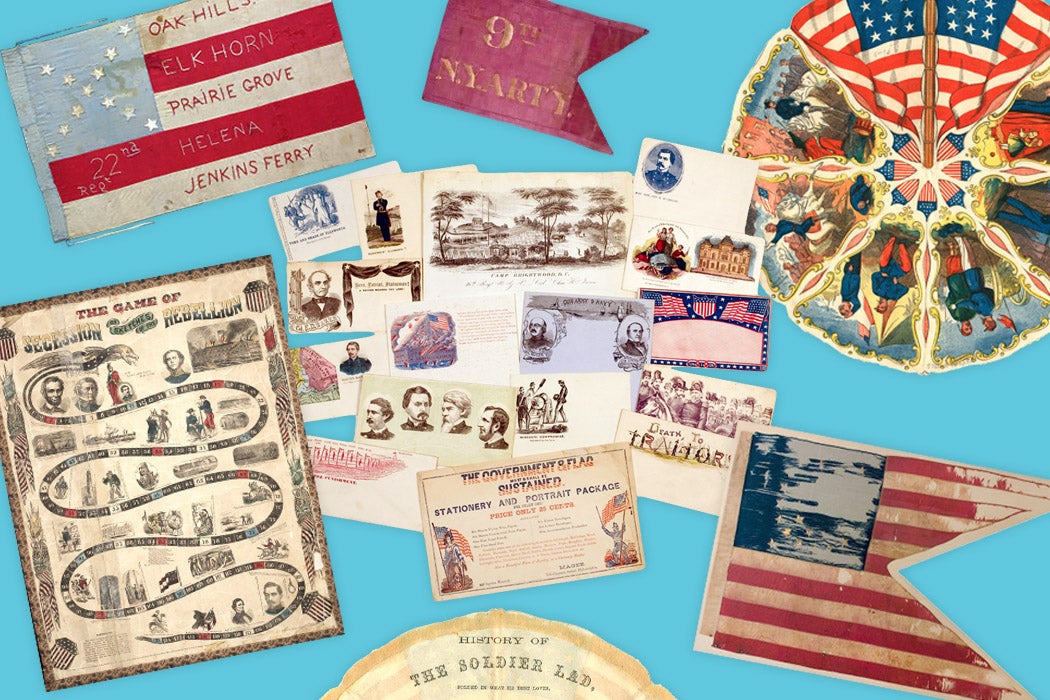 For the Fourth of July, plenty of Americans rush to their local superstore to buy flag-themed merchandise of all kinds. And, as historian Joanna Cohen writes, this is nothing new. During the Civil War, as the North was just beginning to emerge as a consumer society, patriots embraced store-bought goods as a way to heighten their emotional ties to the Union cause.

Cohen writes that, as the war began, white Northerners viewed the public’s patriotic feelings as a crucial part of the military effort. To cultivate this emotional commitment, they turned to Christianity, with its call for self-sacrifice, and to a merging of love for home and hearth with devotion to the nation. But some questioned whether Northern society had become too focused on a love of money and things to properly rise to the occasion. Attorney George Templeton Strong worried that the “spiritless, money worshiping North” lacked patriotism. Harper’s New Monthly Magazine editorialized that “Public spirit has been permitted to languish during a long period of money-making and self-indulgence.”

“It seems as if we were never alive till now, never had a country till now. How could we ever have laughed at Fourth-of-Julys?”

Soon, though, it became clear that consumerism could be a means of displaying patriotic sentiment. Most obviously, Cohen explains, individuals and businesses could fly the Stars and Stripes. Within weeks of the Confederate attack of Fort Sumter, the business districts of New York and Philadelphia were awash in American flags. At first, flags were typically handmade, but the level of demand meant that retailers quickly began stocking mass-produced ones—along with flag pins and Union-themed jewelry.

Some observers questioned the authenticity of the emotion behind these displays of patriotism, but others were moved by them. And some expressed more nuanced views. Jane Stuart Woolsey, a prominent New York supporter of the war, mocked women who wore “that fearful object of contemplation, a ‘Union bonnet’ composed of alternate layers of red, white and blue with streaming ribbons.” Yet she also described being moved by the sudden display of thousands of flags from city windows: “It seems as if we were never alive till now, never had a country till now. How could we ever have laughed at Fourth-of-Julys?”

Soon, printers and publishers filled the market for consumer goods with patriotic and war-themed books, maps, songbooks, and games. One very popular product was stationery printed with images of flags, wartime generals, and Lady Liberty. Some merchants sold these with slogans advising consumers “to sustain the government and the flag,” though they were sold purely for profit, not to benefit any wartime efforts.

For a society trying to figure out its relationship with commercialism and industrial production, Cohen suggests, the patriotic products of the Civil War represented proof that consumer products could go hand in hand with heartfelt emotion.

“The history of commodified patriotism in the North is thus a story of a commercial society in the making,” she writes.

Christen Carter
A dive into the the University of Connecticut Pins and Button Collection gives a wearable history of progressive causes. 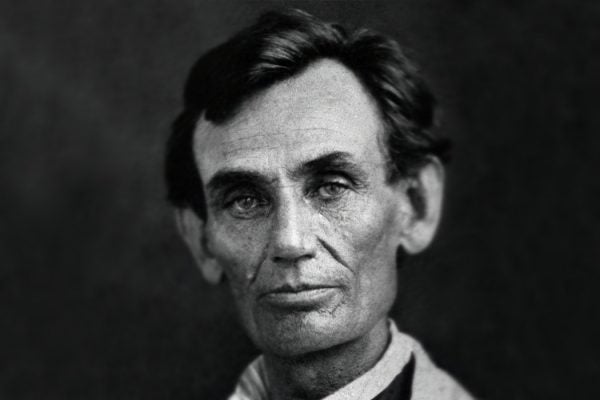 When and Where Did Abraham Lincoln Write the Gettysburg Address?

Theories abound. Historian William H. Lambert considers the origin of the address and the mythology surrounding its composition.