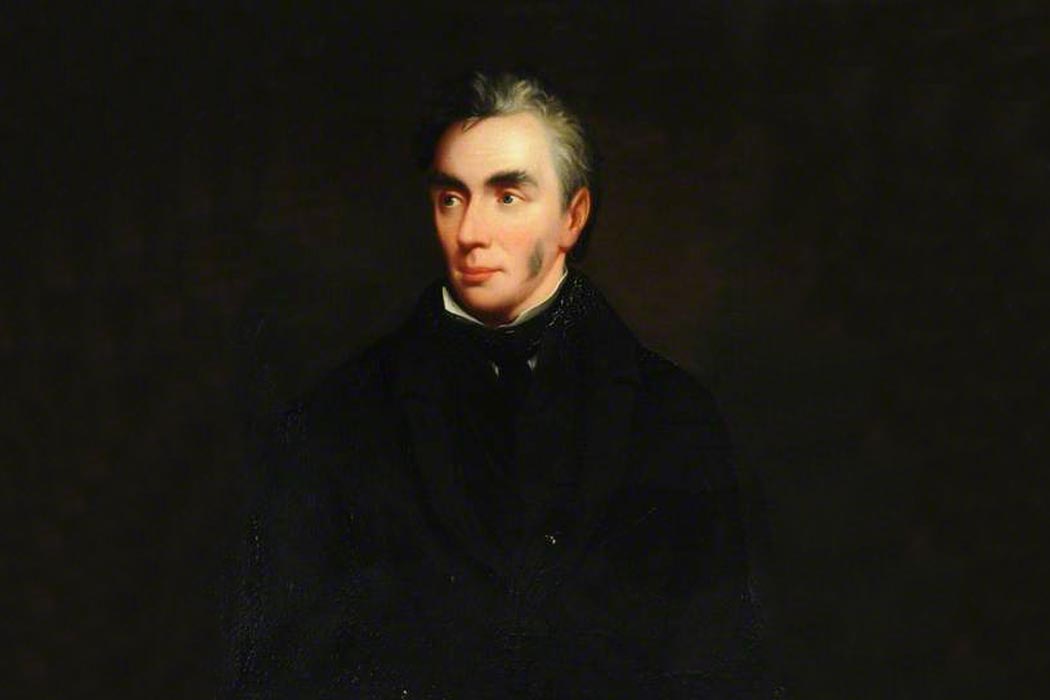 If you strapped a nineteenth-century British peasant into a time machine, transported them to modern day, gave them some headphones, and blared some early 2Pac in their ears, they might recognize what they heard more than you think.

Sure, they would be discombobulated by the mp3 player and the beats–and the journey through time–but the politicized rhymes themselves would sound quite familiar. That would probably be the least foreign thing to them. After all, the best hip-hop, when you strip away the music, is just poetry. And 2Pac, like other brilliant rappers, used their poetry as a vehicle for change.

During the early-to-mid 1800s, a group of British poets similarly marshalled their talents for a purpose: to build a democratic movement against the “Corn Laws,” a set of government policies sponsored by landowning aristocrats—the “one percent” of their day—to pad their pockets.

With protesters howling and wailing at the steps of British Parliament, the first consequential “Corn Law” was passed in 1815. The law aimed to keep the price of essential grains like wheat, barley, and oats high by blocking a flood of cheaper grains from abroad, inevitable as the war against Emperor Napoleon Bonaparte’s France was drawing to a close.

The net effect of this law, known as the “Importation Act” of 1815, was not lost on average British citizens: it was a tax on the masses to benefit the few, immiserating the poor with higher food prices in order to serve a landowning oligarchy with a stranglehold over the government. As the bill wiggled its slimy way through the British House of Commons in March 1815, there were violent riots in the streets—and the government even deployed the military to protect legislators.

Despite popular opposition and organized resistance, not only did parliament pass the Importation Act, they maintained the policy for decades to come—keeping the cost of living high for British society in order to serve the politically powerful few.

The injustice of the Corn Laws—and the boneheaded economics behind it—inspired a generation of British intellectuals in the social sciences and arts who engaged in a war of words for reform. One of the leading poets of the day was Ebenezer Elliott—a “conscious rapper,” if the nineteenth century ever had one. MC Ebenezer, a successful businessman and idealist based in Sheffield, penned a series of poems called the “Corn Law Rhymes,” which were published in 1831 by the Sheffield Mechanics’ Anti-Bread-Tax Society, an activist organization that he helped found. Here is a portion of one of his poems called “Caged Rats”:

“Ye coop us up, and tax our bread,
And wonder why we pine:
But ye are fat, and round, and red,
And fill’d with tax-bought wine.
Thus, twelve rats starve while three rats thrive,
(Like you on mine and me,)
When fifteen rats are caged alive,
With food for nine and three.”

“Make haste, slow rogues! prohibit trade,
Prohibit honest gain;
Turn all the good that God hath made
To fear, and hate, and pain;
Till beggars all, assassins all,
All cannibals we be,
And death shall have no funeral,
From shipless sea to sea.”

As the Corn Laws inspired some powerful poetry, it also inspired a generation of economic thought while the science was still in its infancy. James Wilson founded the magazine The Economist in 1843 during the long struggle against the laws. And David Ricardo, often cited as the most influential classical economist after Adam Smith, was intellectually fueled in large part by his opposition to the laws.

Ricardo conceived of British society as an amalgamation of three main classes: workers, capitalists, and landowners. In his view, workers and capitalists were essential to the rise of Britain’s industrial economy, which would propel the nation forward with development and higher living standards. Landowners, on the other hand, were more of a parasite, a bloodsucking leach that extracted rents from the masses, making everyone but themselves worse off.

“If landlords could be sure of the prices of corn remaining steadily high, which happily they cannot be, they would have an interest opposed to every other class in the community,” Ricardo wrote in his 1822 pamphlet “On the Protection to Agriculture,” which urged the British parliament to repeal the Corn Laws. “For to give a moderate advantage to one class, a most oppressive burthen must be laid on all the other classes.”

Ricardo himself was a member of the House of Commons, where he earned a reputation as a radical dedicated to reforming British economic policy to favor growth. He believed that a country is best served by free trade, the elimination of government taxes and restrictions on imported goods and services.

“Under a system of perfectly free commerce, each country naturally devotes its capital and labour to such employments as are most beneficial to each,” Ricardo wrote in 1817, explaining his theory of comparative advantage, which says that countries are better off opening their borders to foreign products and specializing in enterprises they are best at. “By stimulating industry, by regarding ingenuity, and by using most efficaciously the peculiar powers bestowed by nature, it distributes labour most effectively and most economically.”

Nowadays, “free trade” is not associated with radicalism as it was in Ricardo’s day. It has been painted by opponents as being against the poor, particularly because it can destroy uncompetitive industries in the short-term, resulting in job losses. And like the British aristocracy during the nineteenth century, corporations and unions in such industries fight tooth and nail for protection.

Yet, the fact is that global trade has provided an economic engine that has lifted millions out of poverty—leaps and bounds more than foreign aid ever has—and the competition that free trade provides makes goods and services cheaper for consumers at home, including the poor. This is why polls of top economists regularly find more than 90 percent support free trade. In the short term, it creates losers in inefficient industries, but the gains from trade can be used to retrain and compensate affected workers, and ultimately the policy makes the public better off with greater export opportunities abroad and greater consumption opportunities at home.

That said, an economic case can be made that temporarily protecting certain industries might be beneficial for a nation in the long term, especially in newly industrializing nations. American policymakers going back to at least Alexander Hamilton, for instance, have argued that strategic protection of so-called “infant industries” might help them eventually become strong enough to compete on their own feet.

One problem, however, is where and when do you draw the line? Ricardo made this point back in 1822: “If it deemed necessary that corn should rise in order to remunerate the growers, is also necessary that cloth, hats, shoes, and every other commodity should rise, in order to remunerate the producers of those articles.” Like dominos, the logic goes, more and more goods get protected, which ends up making no economic sense at all: “To impose protecting duties on all commodities would be absurd, because nothing would be gained by it,” Ricardo wrote. Protection of every industry would just make everything more expensive.

Reasonable people might disagree on whether a particular industry is worth protecting if they believe it can be globally competitive in the long run, but it is hard to find a sound reason why the price of food should be prohibitively higher than it needs to be. The Corn Laws are a clear example of how protectionism goes against the public interest.

After a decades-long fight to cure Britain of the Corn Law disease, the British parliament finally voted to repeal them in 1846. Prime Minister Robert Peel, in what ended up being an act of political suicide, went against his own party—and the landowners—and voted with reformers for the change. Social scientists and historians have sought to explain what accounted for the dramatic reversal ever since. Cheryl Schonhardt-Bailey, a political scientist at the London School of Economics who specializes in this saga of history, argues that it was the rising power of British industrialists with an interest in foreign trade that provided the critical impetus for legislative change.

But Schonhardt-Bailey reserves a special place for human agency; after all, Prime Minister Peel changed his mind and voted against his own party in a big move that ended up sinking his career. It’s plausible that Peel went against his own political interests because he was inspired by the teachings of economists, the lobbying of anti-corn law organizations—or the rhymes of poets.

MC Ebenezer Elliott, for his part, went multi-platinum with his Corn Law Rhymes, which ended up becoming a hit around the world. Who knows what he would think about the state of world affairs today, but if we brought Elliott here in a time machine, I’d like to think he would drop a great rap album with a socially uplifting message. 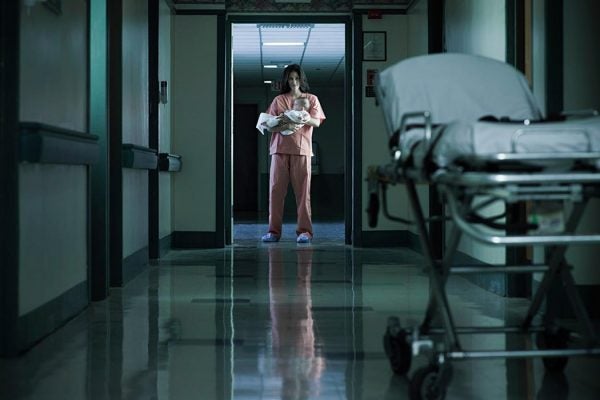