Is Space Too Crowded for NASA?

NASA’s retirement of the space shuttle, along with the increase of commercial space firms, have ushered in a second space age. Is NASA still relevant? 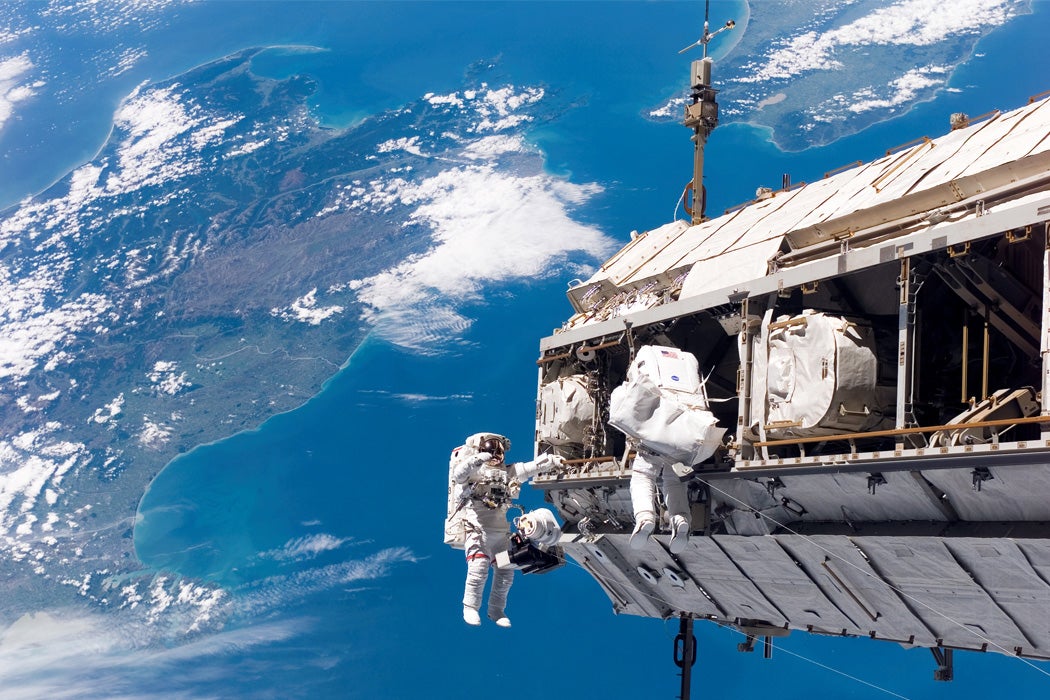 Outer space used to be an unimaginable frontier. Nowadays, space has become practically Earth’s backyard, and a setting for somewhat quotidian dramas (most recently, the cosmos was the backdrop for a bitter divorce drama). In Strategic Studies Quarterly, scholars Todd Harrison and Nahmyo Thomas noted that space today has been described by strategic players as “the three Cs: congested, competitive, and contested.”

Hardly the boundless and open final frontier we once imagined.

Private commercial entities are actively interested in space exploration—and they have the funding to do it.

Harrison and Thomas point out other crucial changes in today’s landscape: here on earth, there are more players in the game. Private commercial entities are actively interested in space exploration—and they have the funding to do it. More and more countries have active space programs. Meanwhile, the United States has less funding dedicated to space exploration than before. We’re a long way from Apollo 11.

In this crowded space age, where does NASA fit in? Harrison and Thomas come up with three main answers:

1. Missions with a risk-reward imbalance that might deter other entities

While companies that have entered the space exploration sphere may be marketable and profitable, they tend to be driven by commercial interests. NASA is unique in having the luxury of exploring for exploration’s sake—something valuable, when there is still so much to discover.

2. Missions with risk to human life

Though missions to space have become common enough to make the area around Earth “crowded,” missions beyond a certain point still carry considerable risk—too much for institutions other than NASA.

The authors point out that while commercial ventures may be well-positioned now for lower-level space exploration, “the technological advancements that made this possible are the result of billions of dollars invested in research and development and real-world experience by NASA over the course of nearly six decades.”

Economically and politically, projects in space are often expensive undertakings and require massive public infrastructure investments; something very few organizations are in a position to be a part of. The authors use the International Space Station as a case in point:

The ISS, for example, is effectively a massive infrastructure project in space that provides a public good for humanity: a zero-gravity laboratory that serves as a platform for many other missions and scientific experiments. It does not make economic sense for a private company to fund projects like the ISS, with its price tag of over $100 billion…Even if a company were so inclined, it is unlikely that it could raise the capital required for such a project or ensure a healthy return on investment. Some space missions, like the ISS, are so large that they can only be undertaken by NASA.

As far as we’ve come, the capability for pure space exploration may remain out of the reach of private companies. Despite its ever-fluctuating federal funding, NASA has years of irreplaceable experience, which will allow it to continue taking on the numerous challenges that remain “NASA-hard.”