They’re not just cheese! For some people, seeing a band play note-for-note covers of classic songs goes beyond nostalgia. 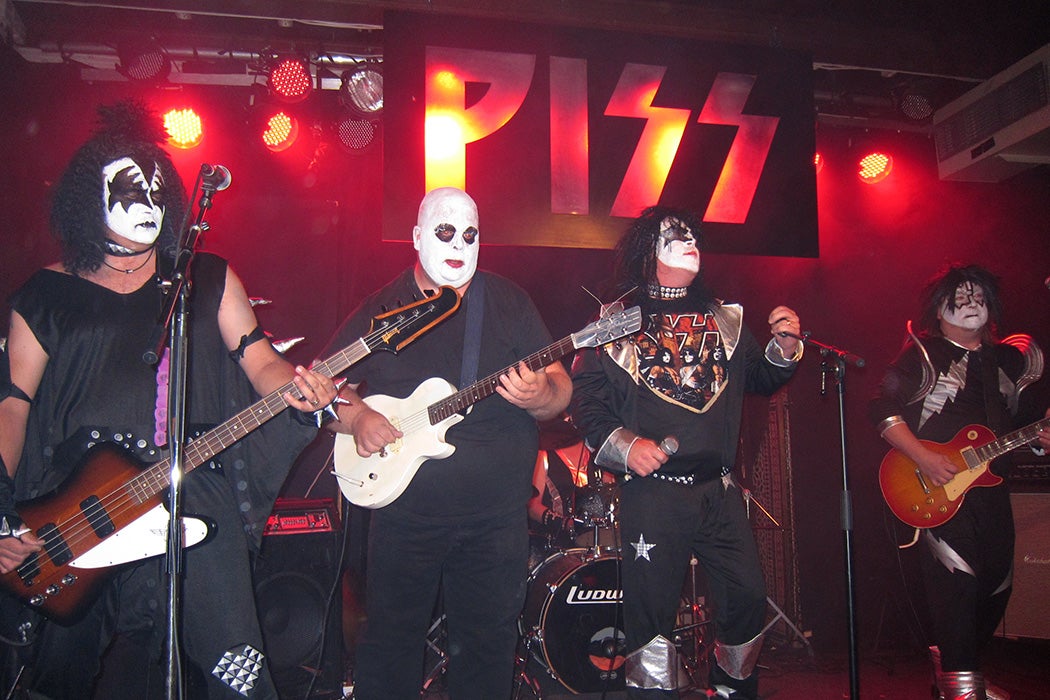 Everyone who’s had to dress up as a historical figure for a school project knows that history is just a bit more understandable through reenactment, whether it’s through a biopic, a famous site where people in period costumes walk visitors through the past, or a battlefield reenactment. It also works for music. Tribute bands, which ethnomusicologist John Paul Meyers explains “play ‘note-for-note’ versions of the songs of previous bands, mostly from the so-called ‘classic rock’ era of the 1960s and 1970s,” work in the same way.

While tribute bands may seem like an unlikely way to celebrate history, Meyers argues that the bands and those who love them are “a community for whom an intense awareness of and respect for (a constructed version of) the past is an important part of their lives.” These groups also provide a way to be a part of a musical heritage that neither the performers nor the listeners may have been able to be a part of in real time. Researchers Cristyn Magnus, P.D. Magnus, and Christy Mag Uidhir write that “the original band may no longer exist, may not perform locally, and will not be performing all the time [yet] cover bands provide a surrogate for seeing a live performance by the canonical band.”

“The audience was performing as well, by re-creating the kind of enthusiasm that they themselves… would have greeted The Beatles with over forty years prior.”

And for groups like Dark Star Orchestra (a Grateful Dead tribute), the Ramonas (an all-woman “Ramones”), and Rain (an ersatz Beatles), the tribute also serves as a way to recapture the presence of members who have died, both musically and, as Meyers explains, often down to “their accents and stage mannerisms.” When it comes to Rain, the experience of seeing the tribute band has become its own phenomenon.

As Meyers explains, the multimedia experience of a Rain show—with its giant screen playing 1960s-era commercials and clips from the Ed Sullivan Show—thrills the crowd: “the mostly white, middle-aged audience responded with high-pitched cheers… In some sense, the audience was performing as well, by re-creating the kind of enthusiasm that they themselves (or other teenagers) would have greeted The Beatles with over forty years prior.” The music functions not just as a way to remember history, but to remember your place in it. To recall the feelings, memories, and emotions of a moment.

But one thing that tribute bands also do, Meyers notes, is strip the music from the context of its time, treating classic songs as if they were “always received the way that they are now received by rock critics, historians, and consumers: as masterpieces and as respected ‘works’ of art, deserving of reverential attention and the status of high culture.”

Obviously, opinions were as varied then as they are now. But what tribute bands are doing isn’t replicating the time, they’re replicating the feelings. In his interviews of tribute band performers, Meyers noted a common refrain: “they described re-creating the history of the music as important and fulfilling work.”

Still Like That Old Time Rock and Roll: Tribute Bands and Historical Consciousness in Popular Music
By: John Paul Meyers
Ethnomusicology, Vol. 59, No. 1 (Winter 2015), pp. 61-81
University of Illinois Press on behalf of Society for Ethnomusicology
Judging Covers
By: CRISTYN MAGNUS, P.D. MAGNUS and CHRISTY MAG UIDHIR
The Journal of Aesthetics and Art Criticism, Vol. 71, No. 4 (FALL 2013), pp. 361-370
Wiley on behalf of The American Society for Aesthetics