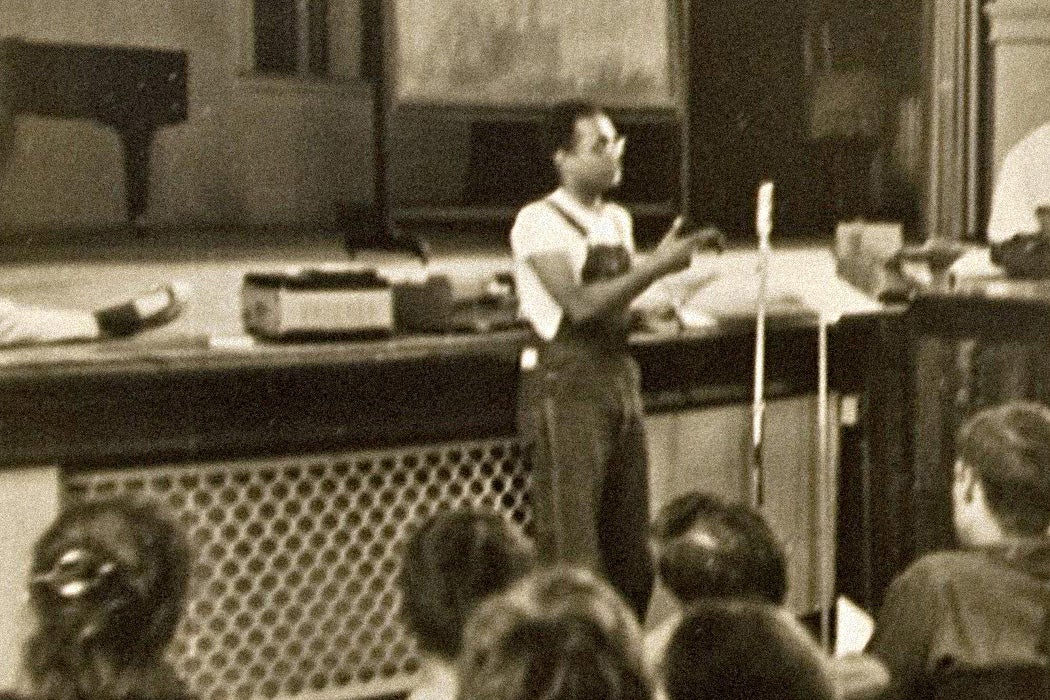 In the summer of 1963, the struggle for civil rights in Mississippi wasn’t going well. White supremacists were successfully defending Jim Crow through arrests, beatings, police dogs, firebombing, and bullets. Student Nonviolent Coordinating Committee (SNCC) leaders Bob Moses and James Travis were sprayed with machine-gun fire; Travis had near-fatal injuries. Medgar Evers, the NAACP field secretary, was shot dead on June 12 by a member of the Ku Klux Klan and the White Citizens’ Council. And very few of the 425,000 Black Mississippians who were eligible to cast a vote had been allowed to register—just over 5 percent, according to scholar Joseph A. Sinsheimer.

The Freedom Vote, also called the Freedom Ballot, was born. Denied access to the actual polls, Black Mississippians would be invited to a protest vote, a mock election that would symbolize their systematic exclusion from the American political system.

Moses in particular wanted the Freedom Vote to counteract the charges of “apathy and ignorance” he often heard from the media.

The people behind the Freedom Vote were SNCC project director Bob Moses (1935–2021) and North Carolina State University law professor Allard K. Lowenstein (1929–1980). Moses ran the organization campaign in the state, while Lowenstein worked on publicity, fundraising, and volunteer recruitment outside the state.

Sinsheimer, whose oral history interviews of participants are now archived, writes that Moses in particular wanted the Freedom Vote to counteract the charges of “apathy and ignorance” he often heard from the media. The symbolic vote was also aimed at the pronouncements of Mississippi’s two US Senators, who frequently told their colleagues in Congress that Black Mississippians weren’t ready to vote.

Mississippi’s November gubernatorial election pitted a white supremacist Democrat against a white supremacist Republican. The unofficial Freedom Vote campaign let voters choose their own slates. Aaron Henry, head of the Council of Federated Organizations (COFO), the umbrella organization of civil rights activists in Mississippi, became the unofficial candidate for governor. Ed King, a white minister, got the nomination for lieutenant governor. This made for an integrated ticket whose political platform called for a $1.25 minimum wage and land reform.

“The Freedom Ballot,“ wrote Moses in an appeal Lowenstein read at Yale and Stanford Universities, “will show that if Negroes had the right to vote without physical violence and other reprisals, they would do so.” Over a three-day period preceding the regular election on November 5, around 80,000 Black Mississippians voted. Most of the ballots were cast by people who had never been allowed to even register to vote, much less vote, before. (The small Black middle class in the state who could vote showed little enthusiasm for the Freedom Vote.)

The turnout equaled about one fifth of eligible Black voters in the state. Organizers took that as a real victory. What Moses called a “whisper of freedom” from the state’s Black population set the stage—inspirationally and organizationally—for 1964’s Freedom Summer. 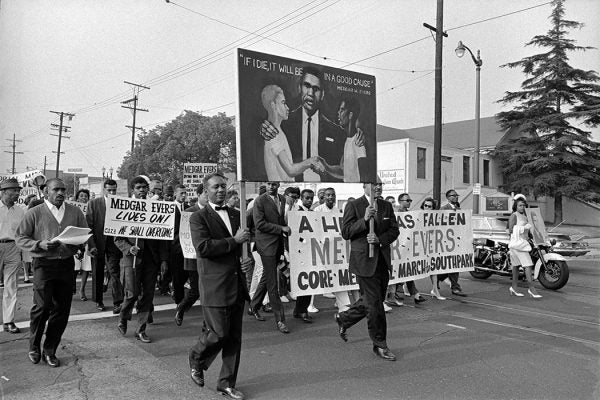 Mississippi Civil Rights activist Medgar Evers was fatally shot in his driveway in 1963. His killer wasn't sentenced until 1994.