Mississippi Civil Rights activist Medgar Evers was fatally shot in his driveway in 1963. His killer wasn’t sentenced until 1994. 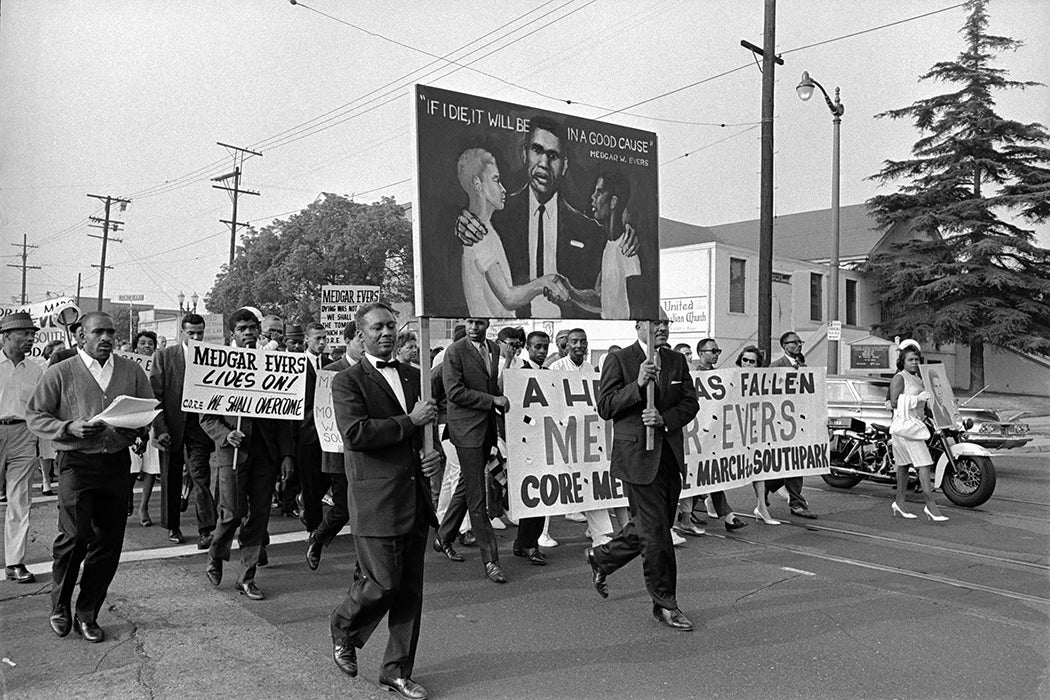 On June 12th, 1963, Mississippi Civil Rights activist Medgar Evers was fatally shot in his driveway, while his wife and children ducked for cover inside their home. The bullet went through his body, then through his living room window, and ultimately ricocheted against the refrigerator. Now his home may become a national monument, thanks to a bipartisan bill brought to The House Natural Resources Subcommittee on Federal Lands. This acknowledgement is the latest piece of long overdue justice for his family, as Evers’ killer, Byron De La Beckwith, was not charged with the assassination until 1994.

Medgar Evers and his wife Myrlie had taught their children how to “drop and hit the floor” just months prior, after a bomb had gone off in their garage. Evers was working as a field secretary for the National Association for the Advancement of Colored People (NAACP), which, as scholar Margaret M. Russell emphasizes in her article “Cleansing Moments and Retrospective Justice,” was at the time a commitment fraught with peril: “[I]n Mississippi in the 1950s and 1960s…the NAACP was viewed by many to be a radical organization, membership in which could lead to severe reprisals…The reality for blacks was that Mississippi was a state with more recorded lynchings than any other in the country.” In fact, due to Evers’ high profile participation in the organization, he had become an official target of white supremacist organizations.

Justice, however delayed, can send a message to today’s public authorities.

The Citizens Council was formed just two months after Brown v. Board of Education—the trial that led to mandatory school integration. According to Russell, the Council “became virtually an arm of the government and received state funds.” Their biggest target was the NAACP, and Beckwith was a charter member. Two years later, the newly-formed Sovereignty Commission “diverted funds to the Citizens Council, interfered with [black] voter registration drives, and advised police officers on how to break the law without getting caught.” Unsurprisingly, Beckwith’s first two trials were made up of white juries and resulted in hung verdicts.

The Commission’s inner workings were sealed by order of the Mississippi legislature in 1977 and were to remain sealed for 50 years. However, in 1989, the Honorable William Barbour ordered the documents to be released, following pressure from civil rights activists and public demands. The facts found therein, specifically the Sovereignty Commission’s surveillance of Evers and their investigations into potential jurors during the second trial, led to the case’s reopening.

Russell points out that justice, however delayed, can send a message to today’s public authorities: “Given the continuing reality of racially-motivated violence and hatred in this country, reopening long-dormant cases may result in legal accountability for both government and private malfeasance.” Though her article was published 15 years ago, her description of the case’s importance feels very relevant today: “Contemporary manifestations of police brutality, hate crimes, and government cover-ups are reinforced and indeed encouraged if the historical records reflects a lack of recognition of and punishment for past wrongs.” 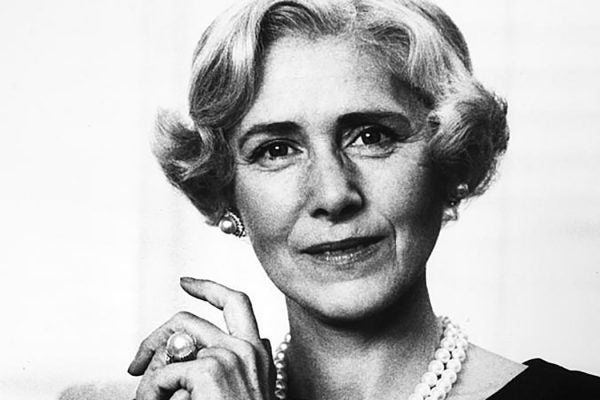 Clare Boothe Luce was a socialite, an editor, a feminist playwright, a devout Roman Catholic, a Republican Congresswoman, an early LSD user, an ambassador, and, believe it or not, more.