King Charles VI of France was the most exalted representative of a rash of “Glass Men,” who appeared throughout Europe between the 15th and 17th centuries. 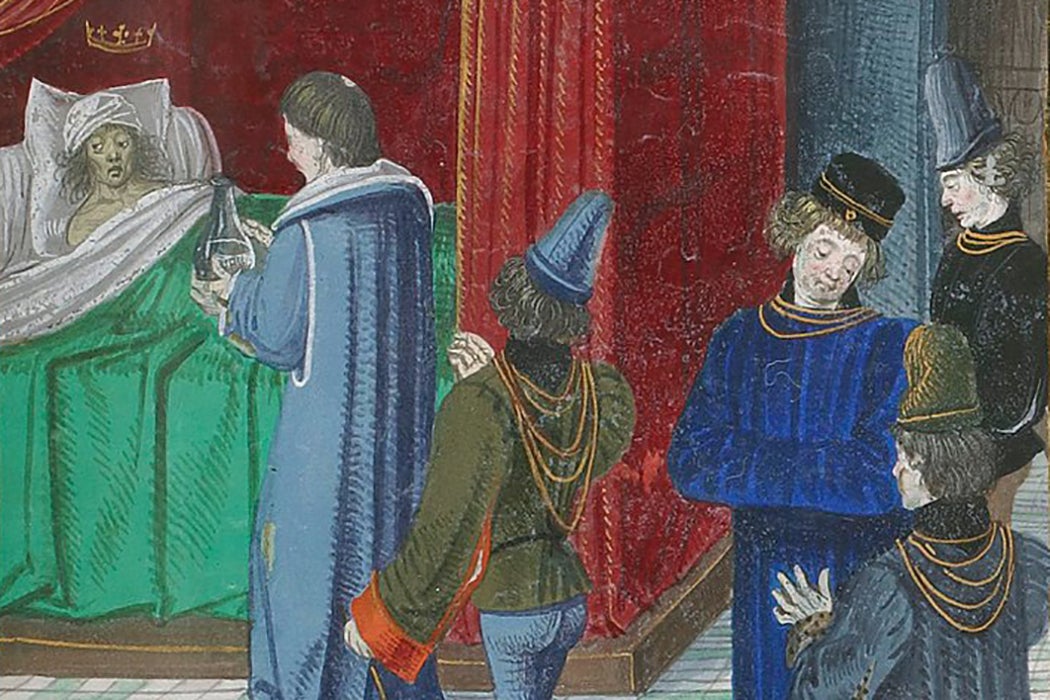 King Charles VI, ruler of France from 1380 to 1422, held a strange conviction: he believed he was made of glass. To protect his fragile body, he dressed in special reinforced clothing. Terrified that he would shatter at their touch, he forbade his courtiers to come near him. Even before this transformation, the King’s life was marked by madness. In 1392, struck with a fit of rage and paranoia, he slaughtered four of his knights. The rest of his life was haunted by the specter of this ghastly act.

The very next year, tragedy struck again. The King and five companions dressed for a celebration as “wild men,” half-human, half-beast, in flying rags and bedraggled fur. An errant spark landed on one costume, and set it ablaze. Soon all six were on fire, and only the King and one other companion escaped with their lives. The event went down in history under the name “Bal des Ardents,” or the Dance of Burning Men. This horrific event, too, scarred the King, and he suffered from wild, destructive rages for the rest of his life. The conviction that he was made of glass was just one of his many eccentricities.

Strangely, King Charles was far from alone in his glass delusion. He was only the most exalted representative of a rash of Glass Men that appeared throughout Europe between the fifteenth and seventeenth centuries. Tales of people afflicted with glass bones, glass heads, glass arms, and glass hearts abound in the medical and literary texts of the time. One unfortunate man was convinced his buttocks was made of glass, and that sitting down would smash it into flying shards. He was afraid to leave the house, in case a glazier tried to melt him down into a windowpane.

Another Glass Man travelled to Murano, an Italian island famous for its beautiful glass, hoping to fling himself into a kiln and be transformed into a goblet. Yet another case tells of a scholar who believed that the surface of the world was made of glass, beneath which lurked a tangle of serpents. He did not dare to leave his bed, for fear that he would smash the glass and fall in among the snakes.

According to the medical understanding of the day, the sufferers were afflicted by a form of “melancholia.”

As the Glass Men drew the attention of scholars from many fields, a debate swelled over whether its study belonged in the realm of medicine or faith, whether it was a disease of the body or the soul. According to the medical understanding of the day, the sufferers were afflicted by a form of “melancholia,” a disease particularly common to scholars and lovers. The medieval understanding of the body held that health was achieved through a balance of the four humors: blood, phlegm, yellow bile, and black bile. Melancholia was caused by an excess of black bile, which was itself believed, in the heat of the afflicted body, to take on a glassy sheen, “vitrea bilis.” Black bile was also the humor of intellect; melancholia was both the curse of scholars, poets, and philosophers, and the source of their brilliance.

The seventeenth century was also the era of vanitas paintings, a genre of still life in which symbolic objects were grouped together in order represent the fragility and transience of life. In these images, glass, like bubbles, hourglasses, and wilting flowers, was a symbol of the ephemerality of life on earth. Similarly, the shattered vessel is a common Christian symbol for the fragility and limitation of the body. Maybe thinking of oneself as a structure of delicate glass was a reaction to the fragility of the human body, and the ease with which, in an instant, it could be shattered.

On the other hand, there was a magical side to glass. The making of glass was seen as a kind of alchemy: the transmutation of sand and dust into translucent crystal. Glass also was ascribed with the marvelous property of cracking if touched by poison, a power “above gold or silver or any other mineral.” (A human body, like a glass goblet, is a vessel that breaks when filled with poison.)

In his analysis of the literary response to the Glass Men phenomenon, “’El Licenciado Vidriera’ and the Glass Men of Early Modern Europe,” the historian Gill Speak quotes a report on Venetian glassmaking written in this era that expresses the mystical nature of glass. As the writer stares into a glass kiln, he reflects “if this small furnace-fire hath virtue to convert such a small lump of dark dust and sand into such a precious clear body as crystal, surely that grand universal fire which shall happen at the day of judgement, may by its violent ardour vitrify and turn to one lump of crystal the whole body of the earth.” From this vision, of a whole world blazing and melting into glass in the flames of judgement, Speak goes on the speculate that the Glass Men saw themselves as the product of a similar trauma, destroyed and remade by “purifying fire.”

The idea bears an eerie echo to Charles VI’s story. Was King Charles reshaped by the flames of the Bal des Ardents? Did he emerge from that immolation vitrified, transformed into the Glass King? 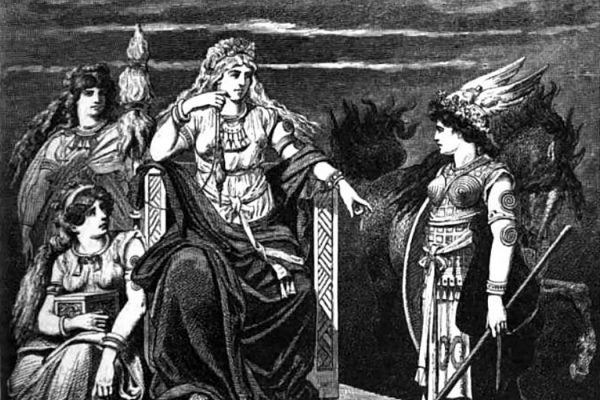