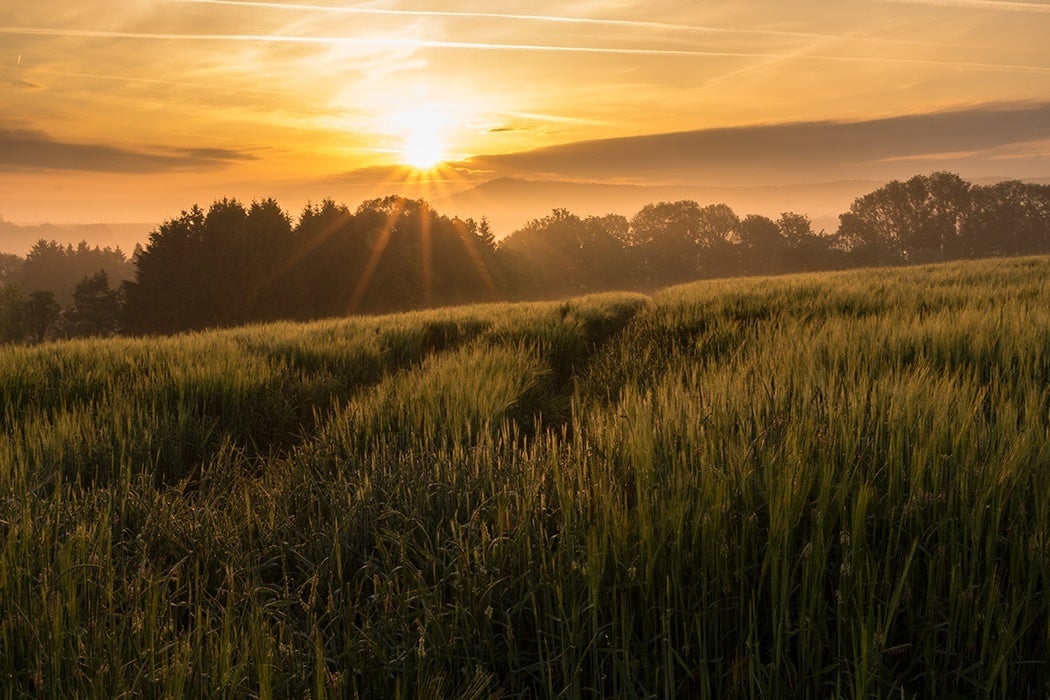 Improbably, einkorn seems to be having a moment. An ancient variety of wheat, einkorn (Triticum monococcum) is mediocre for baking, difficult to process, and unproductive in the field. However, in the past year or so, it seems to be everywhere. It is the subject of not one but two new cookbooks; Melissa Clark of the New York Times has spied it at high-end restaurants; and the National Restaurant Association listed ancient grains as one of 2016’s hot food trends. Not long ago, though, einkorn was on the verge of extinction.

For a cereal grain, einkorn has an impressive biography. It was one of the world’s first domesticated species, likely making the transition from wild to domestic somewhere around 10,000 years ago.

In 1997, a team of European scientists used DNA fingerprinting to confirm what many scholars had already suspected: that einkorn was domesticated near Karacadağ, a volcano near the Turkey-Syria border where wild einkorn still grows today.

Einkorn counts as one of the “founder crops,” a small group of plants domesticated around the same time in the Fertile Crescent. These crops, the agricultural techniques they required, and the sedentary lifestyle they engendered spread across the western world in what we now call the Neolithic Revolution—the historical moment when humans first traded in nomadic hunting and gathering for permanent settlements. Many of these founder crops, such as peas, lentils, and chickpeas, remain popular today, and for a while einkorn kept pace, being grown by farmers across the ancient world. Excavations indicate it was harvested in abundance in ancient Troy. Pliny the Elder mentioned it under the Greek name tiphe, as did Aristotle (though Aristotle recommended it not as food, but as a treatment for pustules in hogs). Even the ancient Celts depended on einkorn as their first major grain.

Influential agronomist Jack Harlan’s 1967 paper “A Wild Wheat Harvest in Turkey” investigated ancient harvesting techniques. Before this study, it was unclear how much food hunter-gatherers could actually have gleaned from wild grains. Many believed that wild grains were unproductive food sources, difficult to harvest without modern tools. But if that were the case, why and how would ancient people have domesticated them? Harlan traveled to Karacadağ, found a handsome stand of wild einkorn, and tried it himself:

First, I tried hand-stripping the wild einkorn. I walked through the field with a paper sack in one hand and stripped the ripe seed with the other. This is obviously inefficient, and if I had been a wild cereal harvester twelve thousand years ago, I am sure I would have devised a method whereby I could use both hands at once. As it was, my urbanized hands became raw quite soon enough.

A family group, beginning harvesting near the base of Karacadağ and working slowly upslope as the season progressed, could easily harvest wild cereals over a three-week span or more and, without even working very hard, could gather more grain than the family could possibly consume in a year.

But even Harlan mentions how rare domesticated einkorn had become, observing that in 1967 it was being grown “on a sizable scale only in Turkey, where it is used for livestock feed.”

How did something so fundamental to the history of agriculture, not to mention nutritious, become so rare?

In the millennia following einkorn’s domestication, the selection work of ancient farmers (coupled with a bit of good luck) produced a new and unusual kind of domesticated wheat, an extraordinary three-way hybrid among a wild wheat and a couple of closely related weeds in the goatgrass family. This strange new kind of wheat had two small physiological features that had huge implications for the way most of us humans eat. First, the new wheat had a softer and looser glume, the papery husk around the grain, which made it easier to thresh clean. Second, the stemlet connecting the seeds, called the rachis, was stronger and less brittle, meaning that the seeds didn’t fall off the plant before the farmer was ready to harvest. These properties made it a far more practical crop than einkorn. That strange new wheat, of course, is the common wheat (Triticum aestivum) we’re used to today.

Einkorn’s “primitive” gluten may be contributing to its comeback.

Common wheat was particularly suited to mechanized cultivation. The seed drill, the harvester, and the thresher were first developed for processing common wheat. Einkorn, with its thick glume and weak rachis, is far more difficult to machine. The symbiosis between machine and grain allowed common wheat to be grown on a far larger scale than einkorn. In 2004, anthropologist Stephen Brush wrote in Locating Crop Diversity in the Contemporary World that farmers in Spain commonly grew hulled wheat, including einkorn, until the 1960s, ”when mechanization led to a dramatic decline.” “In Spain,” he continues, “these wheats have been present since the Neolithic but are now on the verge of extinction.” By the 1990s, hulled wheats were being grown on one tenth the acreage they were when Harlan visited Karacadağ in the ’60s.

Common wheat has certainly earned its name. Today, it accounts for around 95 percent of global wheat production. Most of the remaining 5 percent is durum, grown primarily for pasta. Common wheat is responsible for more human calories than any other species, and last year it covered around 525 million acres of the earth’s surface—larger than Mexico. Einkorn production is so small that neither the U.S. Department of Agriculture nor the Food and Agriculture Organization of the United Nations keeps statistics on it.

But common wheat has another property to which it may owe its enduring popularity: It has a unique combination of proteins that, when mixed with water, creates miraculous, extra-elastic gluten. Einkorn also produces gluten, but einkorn’s is stickier and less pliable, due to a different ratio of gluten-forming proteins. Dough from common wheat, tellingly called “bread wheat,” is the gold standard for gluten, and it makes for better, lighter, springier bread. Without it, we surely wouldn’t have fluffy croissants, focaccias, or Twinkies.

Yet einkorn’s “primitive” gluten may be contributing to its comeback. Several years ago Carla Bartolucci, an American food distributor living in Italy, became suspicious that her daughter Giulia’s health problems were related to gluten intolerance. Having read about einkorn while researching gluten in different wheats, Bartolucci began experimenting at home by cooking and baking with einkorn flour, which was difficult to source at the time. Bartolucci noticed that Giulia’s symptoms seemed to disappear when they were eating foods made with einkorn flour and reappear when they switched back to common wheat flour.

While not a peer-reviewed clinical trial, it was enough for Bartolucci. She talks about her conversion to einkorn flour in her new cookbook, Einkorn: Recipes for Nature’s Original Wheat, which features recipes for einkorn-based brownies, Korean dumplings, and hotdog buns, among other things. She and her husband, Rodolfo, also started Jovial Foods, a company that sells einkorn flour alongside einkorn chocolate cookies, einkorn rigatoni, and rosemary sourdough einkorn crackers. Because the flour was so difficult to source, they have had to contract with farmers to grow it for them. Jovial Foods said that, in 2015, their farmers would plant some 3,000 acres, making them the world’s largest einkorn producer.

Far away from Jovial’s acres in the Italian countryside, einkorn’s survival is under threat from human conflict. The region where a crop was originally domesticated is considered critical to that crop’s health, as it tends to have the greatest genetic diversity within that species. These so-called Vavilov centers (named after Russian botanist Nikolai Vavilov, who first described them) are sites that maintain large populations of the crops that were domesticated within them.

The Vavilov center for einkorn is near the Turkey-Syria border, a region torn apart by the war in Syria and the resultant refugee crisis. Perhaps not surprisingly, the International Center for Agricultural Research in the Dry Areas, one of the world’s major gene banks for wheat, was headquartered in the middle of this Vavilov center, in Aleppo, Syria. But ICARDA was forced to relocate to Beirut in 2012 because of the war. Without access to its seed collections in Aleppo, and worried about its safety, last year ICARDA requested seeds it had previously sent to the Svalbard Global Seed Vault, the so-called “doomsday vault” in the arctic, a repository where gene banks across the world can send duplicate samples of germplasm for safekeeping.

This is the first and only time that any samples have ever been removed from the seed vault, which was designed as a last-resort backup in case of major regional or global crisis. ICARDA is now growing many of the samples they received in Morocco and Lebanon to replenish their stocks, including over 300 varieties of einkorn.

To find out how the conflict was affecting einkorn, I reached out to Dr. Ahmed Amri, the head of ICARDA’s genetic resources section. He recently told me over email, “It is very important to make substantial efforts to conserve these species by either collecting the remaining populations and their conservation in a gene bank or by promoting their dynamic conservation in their natural habitats.”

But why go to so much trouble for a crop grown on such a small scale? According to Dr. Amri, preserving einkorn has larger implications. “Einkorn wheat is among the closest species to cultivated bread and durum wheat,” Dr. Amri continued, “and can therefore supply valuable genes to breeding programs.” Even if einkorn itself is a minor crop, conventional wheat breeders can use it to “improve grain yield, grain quality, and resistance and tolerance to major diseases, insects, and the adverse effects of climate change,” he said.

Trendy restaurants and beautiful cookbooks may seem a world away from conflict in Syria, but Dr. Amri is aware that this trend will shape einkorn’s future. “Cultivated einkorn is becoming popular in many developed countries,” he pointed out. But “further improvement of this species will require access to genetic resources available in gene banks or in natural habitats and farmers’ fields.”

Perhaps einkorn will never again see the popularity it enjoyed thousands of years ago, but the work of Dr. Amri with ICARDA and Carla Bartolucci with Jovial Foods is ensuring that einkorn won’t disappear entirely.

Good thing, too, because I would really like to make this einkorn risotto. 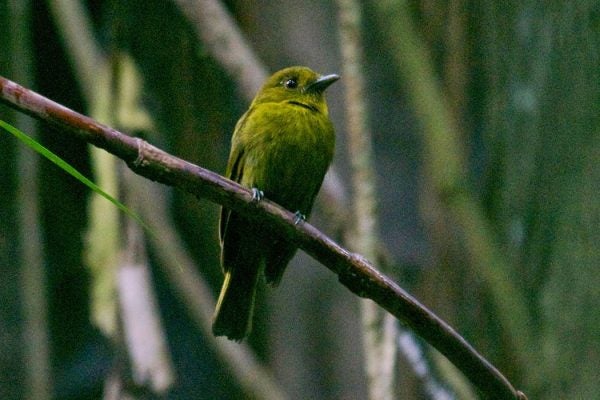