According to archaeologists, it looks like worshipers of the croc deity Sobek bred the Nile’s most famous reptile for mummification. 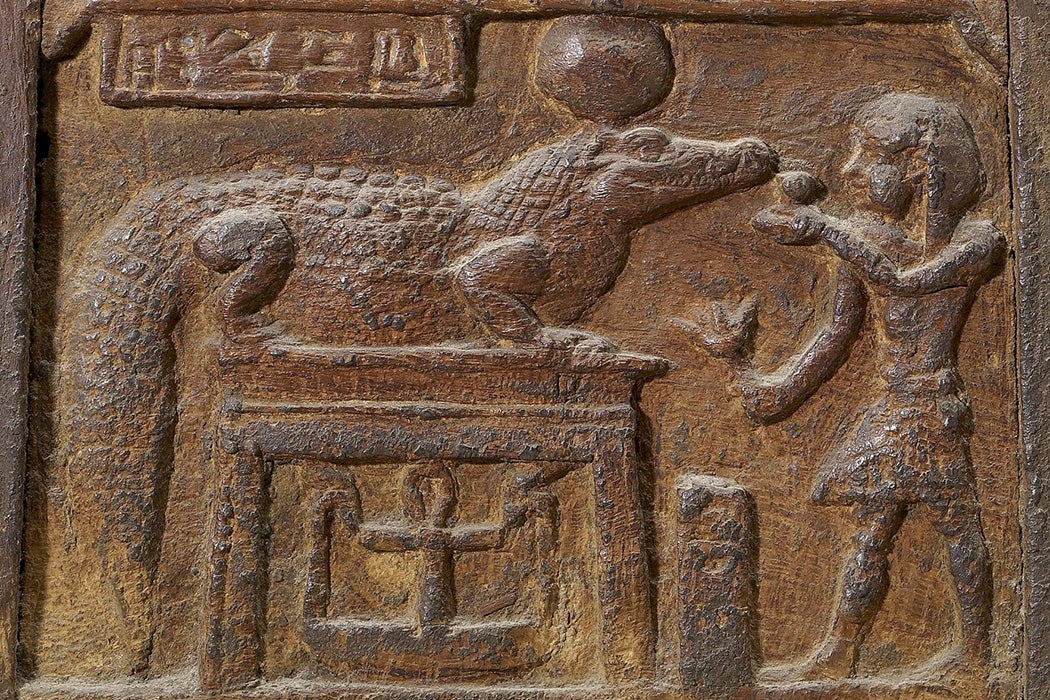 A chest depicting a king making an offering to the crocodile-god Sobek
via Wikimedia Commons
By: Carly Silver
3 minutes
Share Tweet Email Print

Nobody loved animals in quite the way the ancient Egyptians did. Not only did they incorporate animals into their pantheons, they also honored them as gods by breeding the animals, then sacrificing and mummifying them. Look no further than the Egyptians’ complex relationship with the Nile’s crocodiles. After all, they both worshiped the crocodile god Sobek and bred, raised, and mummified tons of baby crocs.

Sobek and affiliated reptilian deities had their headquarters in the Faiyum, an oasis in Upper Egypt; their popularity peaked in the Greco-Roman period (332 BCE–395 CE). According to scholar Michal Molcho, a crocodile cemetery in the Faiyum, especially the town of Tebtunis, contained thousands of mummies. The sheer scale suggests that “the young reptiles may have been bred commercially” there.

The sheer number of crocodile mummies meant that people would have had to capture or breed them by the thousands.

Greek and Roman primary sources, like Herodotus and Strabo, place great emphasis on the care Egyptians paid their crocs. Molcho posits that the sheer number of crocodile mummies meant that people would have had to capture or breed them by the thousands; breeding might have been easier after several generations of taming the animals, rather than trapping dozens of reptiles or stealing eggs.

The written evidence for croc keepers is scarce, but the evidence for breeding programs of other sacred animals is abundant. As Molcho suggests, scholars can extrapolate from this knowledge to understand more about what went on in the Faiyum. Contemporaneous evidence for the cult of the ibis (sacred to Thoth) and the cult of the hawk (sacred to Horus) mention formal positions for bird “attendants.” These sacred animals and their offspring even had their own bodyguards, as well as their own feeding grounds, leased by shrines for the birds’ exclusive use. Temples to Sobek owned quite a bit of land in their own right, so it’s likely some was set aside for crocs to devour goodies as they pleased.

Molcho notes a fascinating discovery in the Faiyum town of Narmouthis. There, archaeologists have singled out two buildings as “a crocodile nursery and hatchery,” suggesting an institutional breeding program was, indeed, present in at least one town. About ninety crocodile eggs were discovered, buried in deep holes, being incubated. Once hatched, the baby crocodiles would reside in shallow basins before being “sacrificed, mummified and then sold to worshipers as votive dedications.”

The fact that Narmouthis provides the only extant evidence for crocodile hatcheries might be a bit of a fluke, however. If the Egyptians utilized the marshy conditions near the Faiyum canals to create crocodile-breeding havens, then physical evidence from many nurseries has likely been drowned or destroyed.

Molcho also suggests a regional trade network in the Faiyum. Perhaps the animals were bred in one place and exported to another for mummification, which allowed the whole region, rather than one town, to profit from the business. Thus, the Egyptians worshiped and commodified the croc: a truly complex inter-species bond.

CROCODILE BREEDING IN THE CROCODILE CULTS OF THE GRAECO-ROMAN FAYUM
By: MICHAL MOLCHO
The Journal of Egyptian Archaeology, Vol. 100 (2014), pp. 181-193
Sage Publications, Ltd. 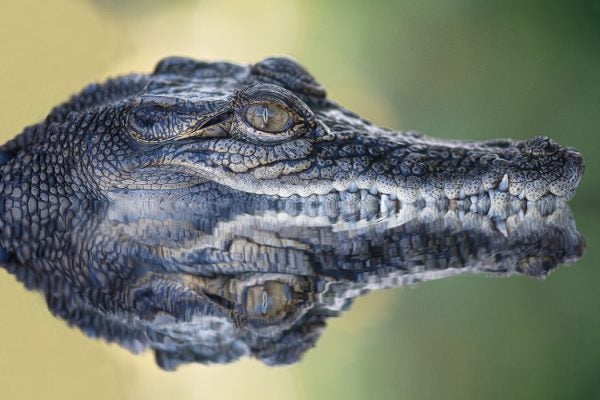 Conservation efforts have led to increased crocodile populations in areas like the Philippines. It's great news for the crocs. Not so much for the people.