Ancient Egyptians’ love of cats developed from an appreciation of their rodent-catching skills to revering them as sacred creatures. 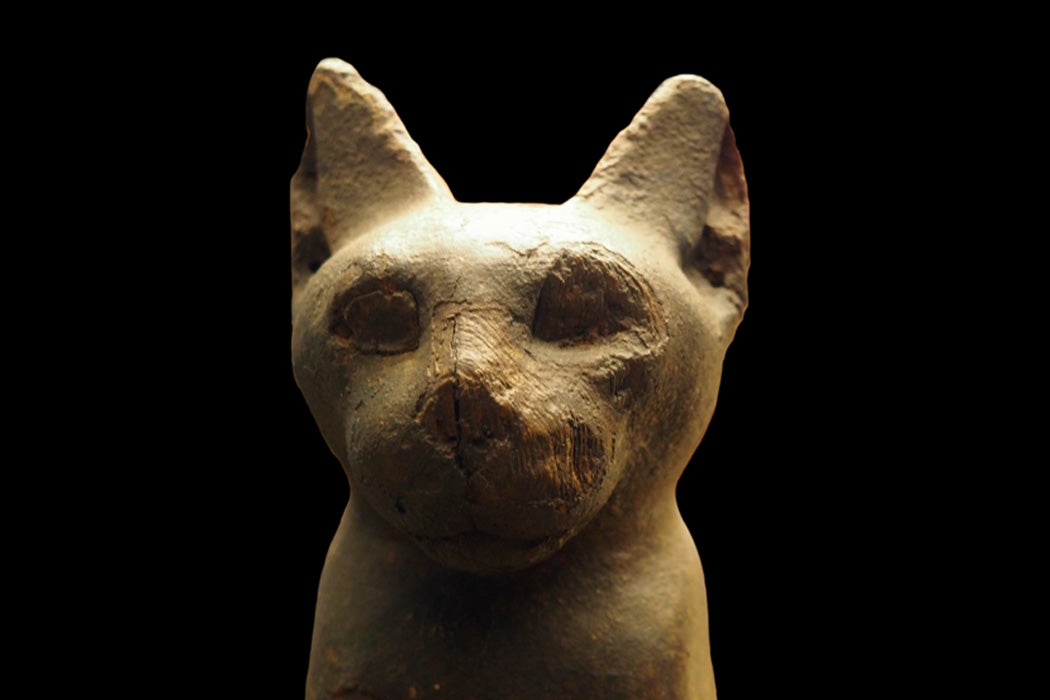 At the ancient site of Saqqara, just outside Cairo, a 4,500-year-old tomb has yielded an unexpected bounty: dozens of mummified cats and cat statues. The ancient Egyptians’ affinity for animals is well documented. Archaeologists have discovered pampered pet dogs and even private zoos. Cats, however, occupied a special space in Ancient Egypt.

According to James Allen Baldwin, cats are present in Egypt’s archaeological record as far back as the predynastic period, almost 5,000 years ago. Cats likely became so entwined with Egyptian life for practical reasons: Agriculture attracted rodents, which attracted wild cats. Humans learned to protect and value the creatures that kept their fields and granaries rodent-free.

Cats’ fondness for napping in the sun led to early associations between the cat and the sun god, Ra.

There is abundant archaeological evidence, however, of cats serving multiple roles. Cats were depicted protecting households against rodents and venomous snakes, but also as helpers for bird hunters and as pampered pets. Cats have been found buried in human graves, although the exact relationship between cat and human isn’t always clear. Some cats were buried with offerings, indicating that someone was planning for the animals’ afterlives. The recent discovery is one of the oldest examples to date of a cat burial.

Starting around 1000 B.C.E., gigantic cemeteries full of tens of thousands of cats became fairly widespread. The cats were elaborately wrapped and decorated, possibly by temple attendants. Roman travelers to Egypt described how regular Egyptians revered cats, sometimes travelling long distances to bury a deceased cat in a cemetery. Killing a cat may have even been a capital offense.

As described by scholar Alleyn Diesel, ancient Egyptians probably began attributing divine characteristics to cats gradually. The almost-supernatural grace, stealth, and night vision of cats were highly admired and might have helped them morph into truly sacred animals in the eyes of ancient Egyptians. Cats’ fondness for napping in the sun led to early associations between the cat and the sun god, Ra. Lion and panther goddesses were important, but the most important cat goddess was Bastet, or Bast. She too, began as a lion. By the time of the cat cemeteries, however, Bast was depicted as a domestic cat.

Bast was both fierce and nurturing, associated with fertility, birth, and protection. Around the 5th century B.C.E., a massive cult of Bast, and by extension cats, developed in the City of Bubastis, near the modern day city of Zagazig, north of Cairo. The massive temple attracted devotees by the hundreds of thousands. Pilgrims left small cat statues as offerings for Bast. Cat amulets were worn or kept in the house for protection. All told, from practical to sacred, in a society that valued animals, cats stood out. In a true measure of success, Bast’s popularity persisted for almost another 1,500 years.

Notes and Speculations on the Domestication of the Cat in Egypt
By: James Allen Baldwin
Anthropos, Bd. 70, H. 3./4. (1975), pp. 428-448
Nomos Verlagsgesellschaft mbH
Felines and Female Divinities: The Association of Cats with Goddesses, Ancient and Contemporary
By: Alleyn Diesel
Journal for the Study of Religion, Vol. 21, No. 1 (2008), pp. 71-94
Association for the Study of Religion in Southern Africa (ASRSA) 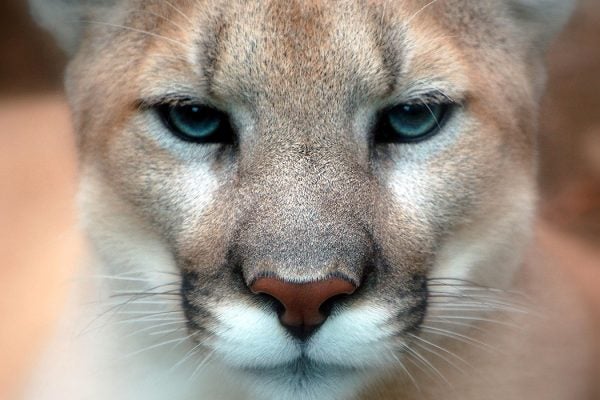